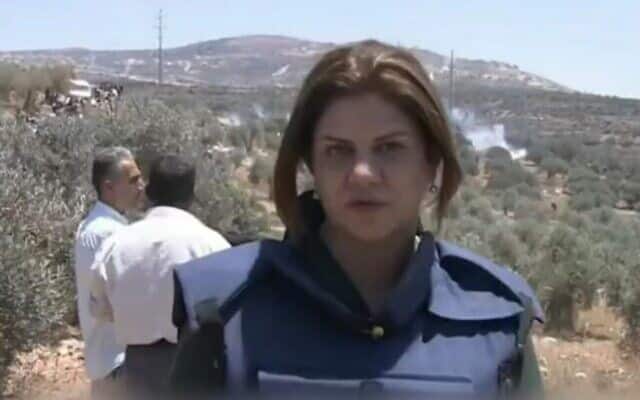 Representative Rashida Tlaib is demanding an investigation into the murder of Al-Jazeera reporter Shireen Abu Akleh and for progressives to rethink their support of Israel. A recent report on the killing found that Israeli forces intentionally murdered the Palestinian-American journalist.

On May 11, Abu Akleh arrived in Jenin to document a raid carried out by Israeli forces. Sometime after arriving near the raid, Israeli forces opened fire on the journalists. The new joint investigation by Forensic Architecture and Al-Haq found Abu Akleh was easily identified as a journalist, she was not in the area of any militants, and her killing was deliberate.

The report documents that after the sniper fired for the first time all the journalists attempted to flee. Then, in the second series of bullets, Abu Akleh was shot in the face. The third set of rounds was fired at Palestinians attempting to provide aid to Abu Akleh and her colleagues who survived the encounter.

Tel Aviv’s investigation claimed the killing was unintentional but failed to explain how one of its soldiers fired over a dozen rounds at a group of journalists wearing bulletproof vests and helmets marked “press.”

Since the killing, the State Department has met with the family of Abu Akleh and asked Israel to review its rules of engagement in the West Bank. Several top Israeli officials have dismissed the American request.

It’s unlikely the US will attempt to leverage its yearly billions in aid to Israel in an effort to obtain justice for the American journalist. After the murder, President Joe Biden traveled to Israel and declared himself a proud Zionist. Biden said the US relationship with the Jewish State is “bone-deep.” Ostensibly speaking for the “vast majority” of Americans, he stated emphatically we are “completely devoted to Israel’s security without any ifs, ands, or buts – without any doubts about it.”

Stil, at least Congresswoman Tlaib is making a push for justice. At an event hosted by Americans for Justice in Palestine Action, she claimed support for Israel should be a litmus test for progressives. “I want you all to know that among progressives, it has become clear that you cannot claim to hold progressive values, yet back Israel’s apartheid government. We will continue to push back and not accept this idea that you are progressive, except for Palestine, any longer,” Talib said

Human Rights Watch, Amnesty International and the UN have all issued reports deeming Israel to be an apartheid state. The slaying of veteran journalist Abu Akleh is just one example of how Tel Aviv suppresses Palestinian voices with impunity.