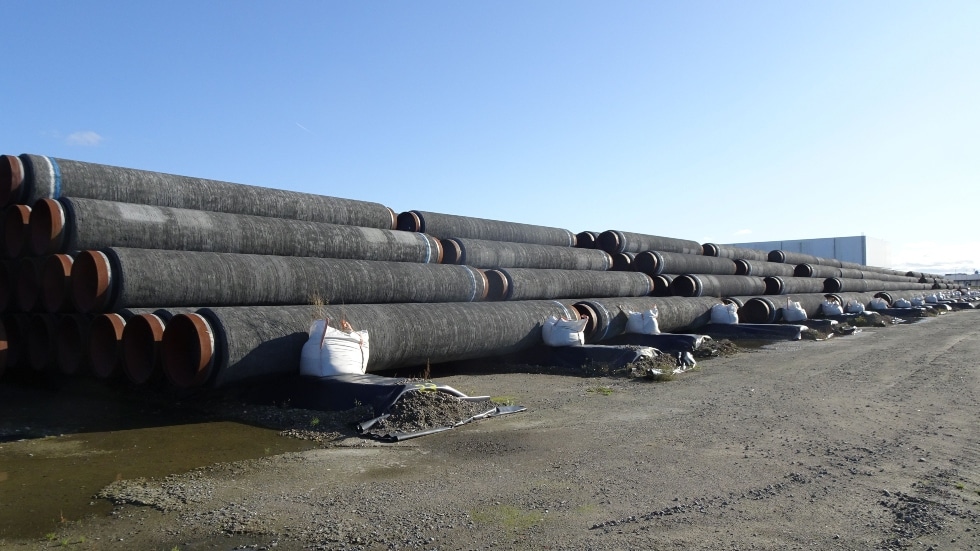 European officials on Tuesday said massive leaks in the Nord Stream natural gas pipelines that were caused by explosions were likely the result of sabotage, raising questions on who the culprit might be.

The Nord Stream pipelines connect Russia to Germany via the Baltic Sea. Russia recently stopped shipping gas through Nord Stream 1 indefinitely, and the construction of Nord Stream 2 has been completed, but the pipeline has never been fully operational as Berlin suspended the project after Russia invaded Ukraine.

Two underwater explosions were recorded earlier on Monday near the Danish island of Bornholm in the Baltic Sea, which is where the leaks occurred. Nord Stream AG, the operator of the pipelines, said it was not possible to estimate when the damage could be fixed.

EU, Swedish, Norwegian, and Danish officials all said the damage was likely caused by a deliberate attack. Over in Moscow, Kremlin spokesman Dmitry Peskov said that sabotage could not be ruled out.

Radek Sikorski, a former Polish foreign minister and current Member of European Parliament, suggested on Twitter that Washington was behind the attack. He posted a picture on Twitter of the disturbance in the water caused by the leaks and wrote, “Thank you, USA.”

In another tweet, Sikorski, who is married to American journalist Anne Applebaum, described his view that the US was responsible as a “hypothesis.” He also celebrated the attack, saying that “$20 billion of scrap metal lies at the bottom of the sea, another cost to Russia of its criminal decision to invade Ukraine.”

According to a report from Germany’s Der Spiegel, the US had foreknowledge of a possible attack on the pipelines. Citing unnamed sources, Spiegel reported that the German government received a tip over the summer from the CIA that Nord Stream could be attacked, and Berlin assumed both pipelines could be targeted.

Pres. Biden: “If Russia invades…then there will be no longer a Nord Stream 2. We will bring an end to it.”

Reporter: “But how will you do that, exactly, since…the project is in Germany’s control?”

Biden: “I promise you, we will be able to do that.” https://t.co/uruQ4F4zM9 pic.twitter.com/4ksDaaU0YC

When asked how the US could end the pipeline since it’s in Germany’s control, Biden said, “I promise you, we will be able to do that.” Back in January, Under Secretary of State for Political Affairs Victoria Nuland made similar comments. “If Russia invades Ukraine, one way or another, Nord Stream 2 will not move forward,” she said.

.@UnderSecStateP Victoria Nuland: “If Russia invades Ukraine, one way or another, Nord Stream 2 will not move forward.” pic.twitter.com/hEGBrx6HJj

Secretary of State Antony Blinken on Tuesday commented on the attacks on the pipelines, saying the damage was in nobody’s interest. “There are initial reports indicating that this may be the result of an attack or some kind of sabotage, but these are initial reports and we haven’t confirmed that yet,” he said. “But if it is confirmed, that’s clearly in no one’s interest.”

Ukraine accused Russia of being behind the incident, but Moscow has little reason to attack the pipelines. Earlier this month, Russian President Vladimir Putin said that if Europe wanted gas, it could open Nord Stream 2. “The bottom line is, if you have an urge, if it’s so hard for you, just lift the sanctions on Nord Stream 2, which is 55 billion cubic meters of gas per year, just push the button and everything will get going,” he said.

The attacks on Nord Stream coincided with the inauguration of the Baltic Pipe, another natural gas pipeline that will carry gas from Norway through Denmark to Poland. “The era of Russian domination of gas is coming to an end, an era marked by blackmail, threats and coercion,” Polish Prime Minister Mateusz Morawiecki said at a ceremony for the pipeline, which the EU says should start transporting gas on October 1.