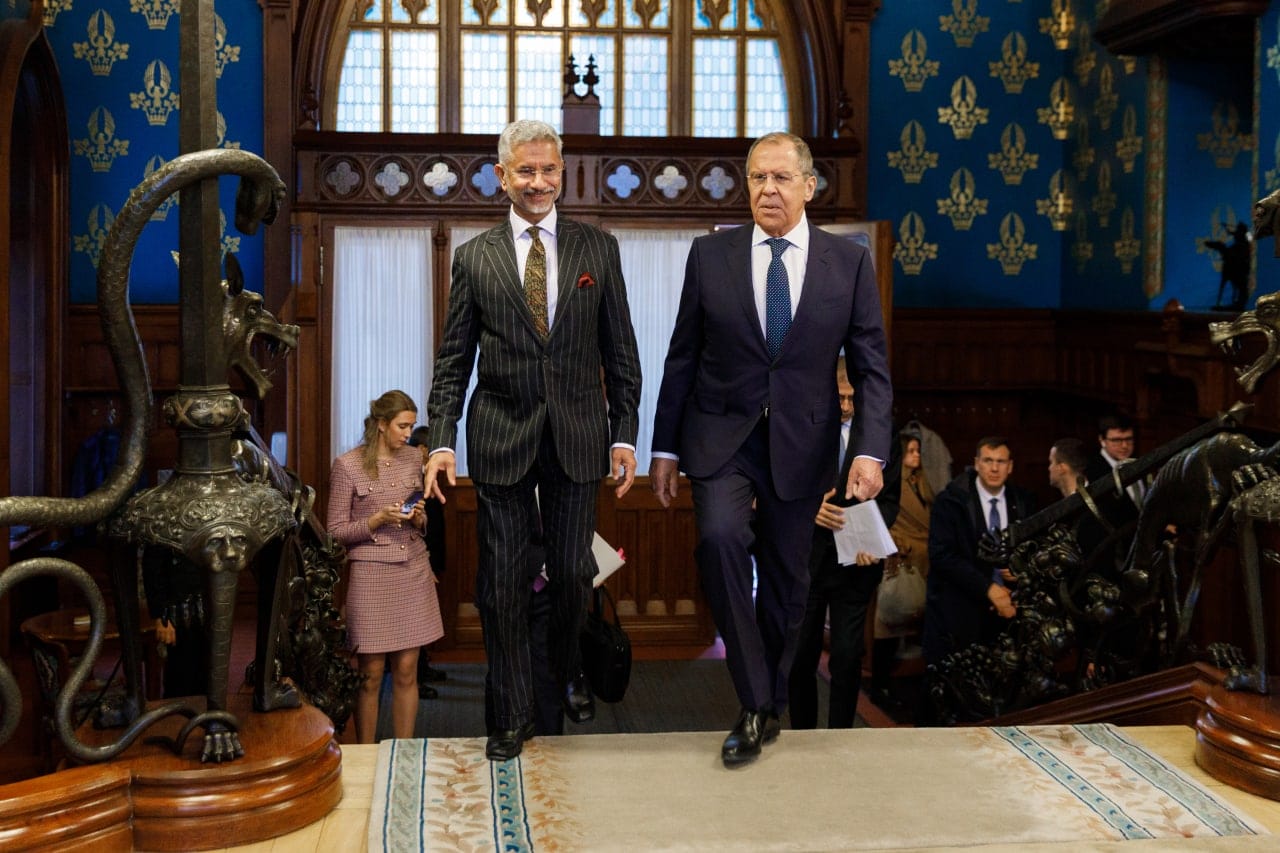 Indian Foreign Minister Subrahmanyam Jaishankar says his country has no plans to stop importing Russian energy. The statement was made as Western countries plan to roll out price caps on Moscow’s oil exports next month.

Jaishankar traveled to Russia to meet his counterpart Sergey Lavrov on Tuesday. At a joint press conference, the Indian diplomat stressed the importance of the New Delhi-Moscow relationship, saying “Russia has been a steady and time-tested partner” and that “any objective evaluation of our relationship over many decades would confirm that it has actually served both our countries very, very well.”

Since President Vladimir Putin ordered the invasion of Ukraine in February, Washington has led a sanctions campaign aimed at crushing the Russian economy. However, so far, the economic war has largely backfired.

Rising energy prices in much of the West have led to protests against the sanctions in Europe. Meanwhile, the Russian economy has weathered the Western isolation by selling more oil to China, India and Turkey, despite pressure from the United States to sever their ties with Moscow. Prior to the war, New Delhi imported just 2% of its oil from Moscow. By September, that number had jumped to 23%.

US Treasury Secretary Janet Yellen devised a scheme to cut Russia’s energy exports by enforcing a “price cap” on Moscow’s oil. The US announced the cap will take effect December 5 but did not set the value. The price ceiling requires Russia to agree to sell its oil at below market value, though the Kremlin has warned that any country attempting to enforce the measure will simply be cut off from Russian oil.

Jaishankar indicated that New Delhi will not institute the price cap and will continue buying Russian oil at the previous rates. “As the world’s third-largest consumer of oil and gas, a consumer where the levels of income are not very high, it is our fundamental obligation to ensure that the Indian consumer has the best possible access on the most advantageous terms to international markets,” he said, adding “we have seen that the India-Russia relationship has worked to advantage. If it works to my advantage, I would like to keep that going.”

For his part, Lavrov discussed new potential arms agreements between New Delhi and Moscow, noting that the two officials “discussed in detail the state and prospects of military-technical cooperation, including joint production of modern arms.”