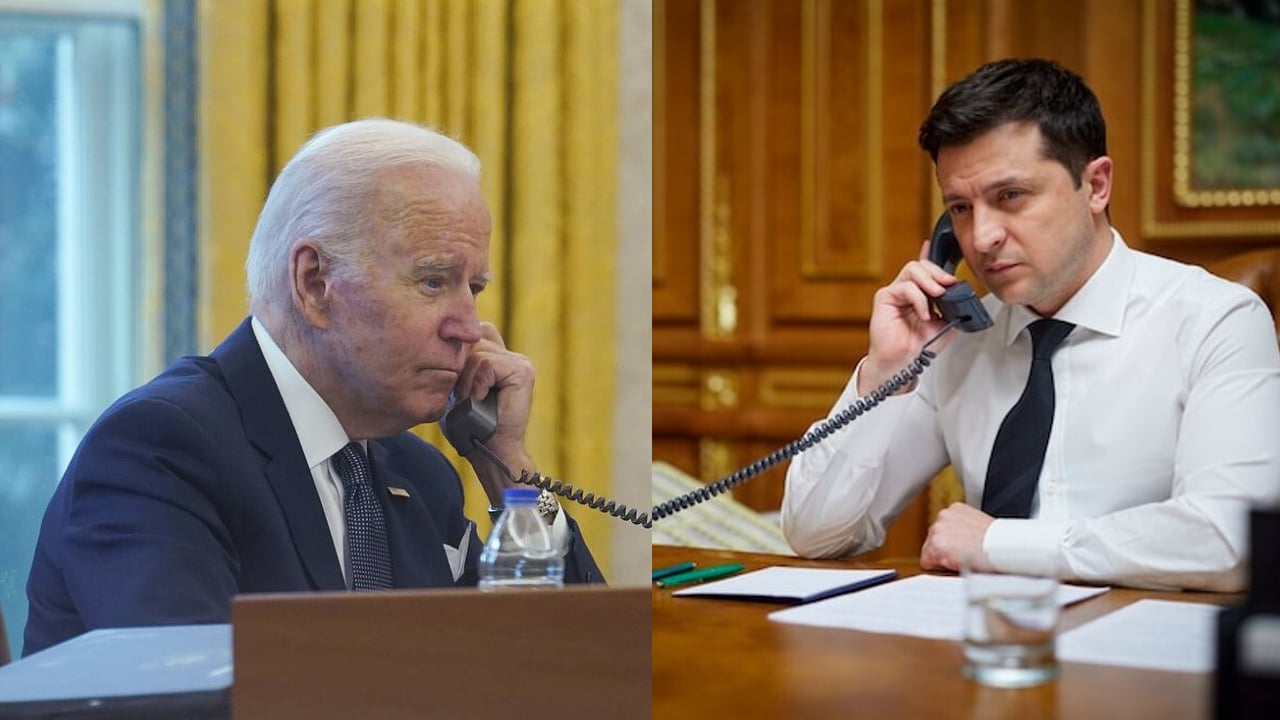 The Ukrainian government is prepared to give the Joe Biden administration virtual control over its selection of Russian targets. Kiev made the proposal in a bid to receive longer-range weapons from the White House, according to multiple sources speaking with CNN.

Ukrainian President Volodymyr Zelensky will provide a full list of possible targets while allowing the White House to veto any of the potential sites. Kiev is hoping the increased transparency will pave the path to Biden authorizing more weapons transfers. Zelensky made the offer to Washington to alleviate concerns in the Biden administration that new weapons will be used to target Russian territory.

However, Kiev, Washington and Moscow currently have different views on what is Russian versus Ukrainian territory. After a 2014 coup in Ukraine that saw US-backed elements overthrow a democratically elected government, Russia annexed the Crimea peninsula. Last week, Moscow claimed four additional regions of Ukraine as its own.

Russian President Vladimir Putin has vowed to defend all of his country’s territory with the full arsenal at his disposal. The Kremlin stated that it considers its newly added regions as it would the rest of Russia. On Sunday, Secretary of Defense Lloyd Austin acknowledged the possibility that Putin could order a nuclear strike in Ukraine, defending these new regions. The Pentagon chief then vowed Washington would support Kiev’s “efforts” for “as long as it takes” to “take back all of the territories” within its “sovereign borders.”

Concurrently, Moscow claims there has been an increase in Ukrainian attacks within Russia proper, encouraged by NATO. During a recent press conference, Putin publicly noted, for the first time, attempted Ukrainian attacks on Russia’s nuclear power plants.

The US has provided Ukraine with 16 High Mobility Artillery Rocket Systems (HIMARS), and authorized sending over a dozen more to Kiev in an arms package last week. So far, the White House has only sent Ukraine munitions for HIMARS that can travel 50 miles. Kiev is seeking Army Tactical Missile Systems (ATACMS) surface-to-surface missiles that can fly around 200 miles by the HIMARS. When the Biden administration began providing HIMARS to Ukraine, it was insisted that Kiev had provided “assurances” that these weapons would not be used to target Russian territory. In June, Antiwar.com contacted the State Department to ask if this condition applied to the Crimean Peninsula, a department spokesman replied “Crimea is Ukraine.”

The White House has made clear that they will not recognize the new Russian territories, and NATO has said they will escalate their support for the proxy war.

Russian Foreign Minister Sergei Lavrov has previously said that if the West provides Kiev with longer-range weapons, then the Kremlin would expand its war goals in Ukraine. In July, Lavrov wrote an article claiming NATO was already on the battlefield coordinating attacks on Russian targets using the rocket systems. “NATO instructors and Multiple Launch Rocket Systems aimers are, apparently, already directing the actions of the Ukrainian Armed Forces and nationalist battalions on the ground,” Lavrov said.

In addition to the CIA presence on the ground in Ukraine, NATO commandos from Lithuania, Canada, Britain, and France are also present. Notably, there are several Donald Trump-aligned Republicans in the legislature, including Rep. Mike Waltz (R-FL) eager to “[go] for the kill” and overtly deploy American military advisors to Ukraine. Former US special operators are already on the ground near the contact line, training Kiev’s forces and developing battle plans.

I have fought more than thirty combat simulations in wargames under my own direction for a private defense contract…In every scenario I tested, the Biden Administration slowly gives Ukraine ever more advanced weapons like ATACMS, F-16s, and other platforms that Russia has consistently warned pose a direct military threat…In fact, in 28 of the thirty scenarios I have run since the war began, some sort of nuclear exchange occurs.

Kazianis does report that in some of the war games, diplomacy, rather than escalation prevailed, and nuclear conflict was averted.

The good news is there is a way out of this crisis — however imperfect it may be. In the two scenarios where nuclear war was averted, direct negotiations led to a ceasefire. The Biden Administration and its NATO allies should be testing Putin’s recent comments about a ceasefire to test his seriousness.

Secretary of State Antony Blinken, America’s top diplomat, has declared Washington’s goal is to see Russia suffer a “strategic defeat” in Ukraine. During the war, he spoke to Lavrov once and for only 25 minutes, they merely discussed a potential bilateral prisoner exchange. Likewise, UK Prime Minister Liz Truss has ruled out diplomacy until Moscow is “defeated.”