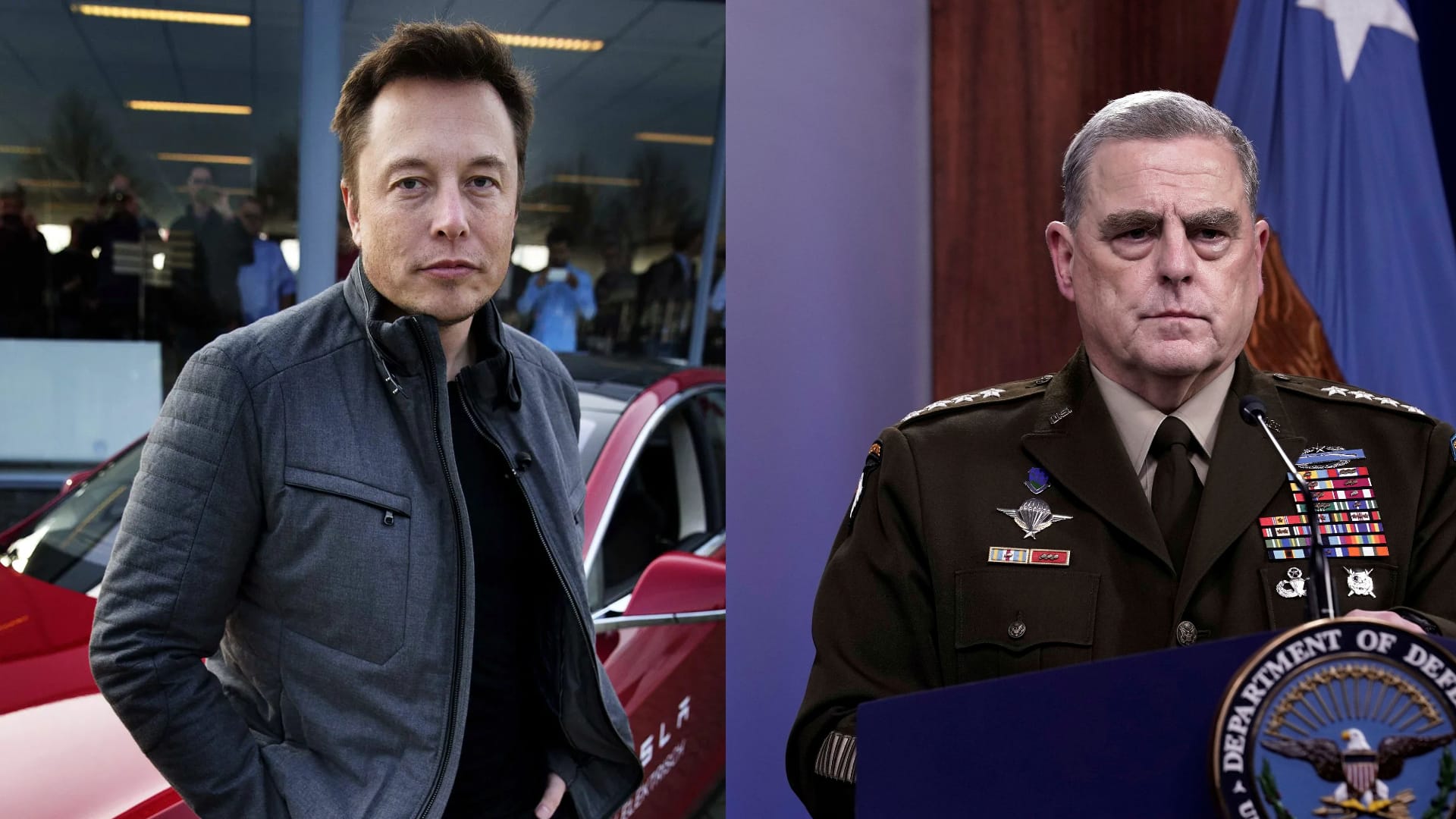 America’s top military officer General Mark Milley praised SpaceX CEO Elon Musk by name at an event hosted by the Space Force, saying the ‘Chief Twit’ exemplifies ”the civil and military cooperation and teamwork that makes the US the most powerful country in space.”

The chairman of the Joint Chiefs spoke at the Space Force’s first change-of-command ceremony on Wednesday, where Musk and several other industry executives were present. Musk was the only CEO singled out by Milley, however.

“What he symbolizes, in reality, is the combination of the civil and military cooperation and teamwork that makes the United States the most powerful country in space,” the general said, adding “Elon, thank you for making yourself present here today.”

SpaceX regularly contracts with the Pentagon and some allied militaries to launch satellites, and has aided the White House’s proxy war in Ukraine by providing the country with internet free of charge. Through its ‘Starlink’ network floating in low-Earth orbit, SpaceX has enabled Ukrainian forces to maintain connection throughout the eight-month conflict, with top officials in Kiev saying the service has been critical in their war effort.

While SpaceX appealed to the US military for reimbursement for those services – claiming it had spent hundreds of millions on the project, and that Russian cyber-attacks were making the system more difficult to maintain – it dropped the request after CNN released documents detailing its communications with the Pentagon. Musk later announced that Ukraine’s government would continue to receive Starlink for free.

Despite the high praise from Gen. Milley, however, Musk’s recent $44 billion purchase of Twitter could soon come under scrutiny by the Joe Biden administration. On Tuesday, the Washington Post reported that Treasury Department officials are seeking the authority to launch a probe into the acquisition, as well as Musk’s alleged “ties to foreign governments and investors.”

The Post additionally reported that the terms of the agreement to buy Twitter would allow large foreign financiers to access the private information of users. Prince Alwaleed bin Talal bin Abdulaziz of Saudi Arabia now claims to be the second largest shareholder in Twitter after Musk. Through the prince’s investing firm, Kingdom Holding, Riyadh maintained a stake in the publicly-traded social network before Musk took the company private.

Ahead of the multi-billion dollar purchase, an employee at the site was found guilty in a US court of spying on Saudi dissidents and passing the information to a close aide of Crown Prince Mohammed bin Salman, stoking major concerns about the security of user data on the platform.