US, EU Will Force Turkey to Implement Sanctions on Russia

US, EU Will Force Turkey to Implement Sanctions on Russia 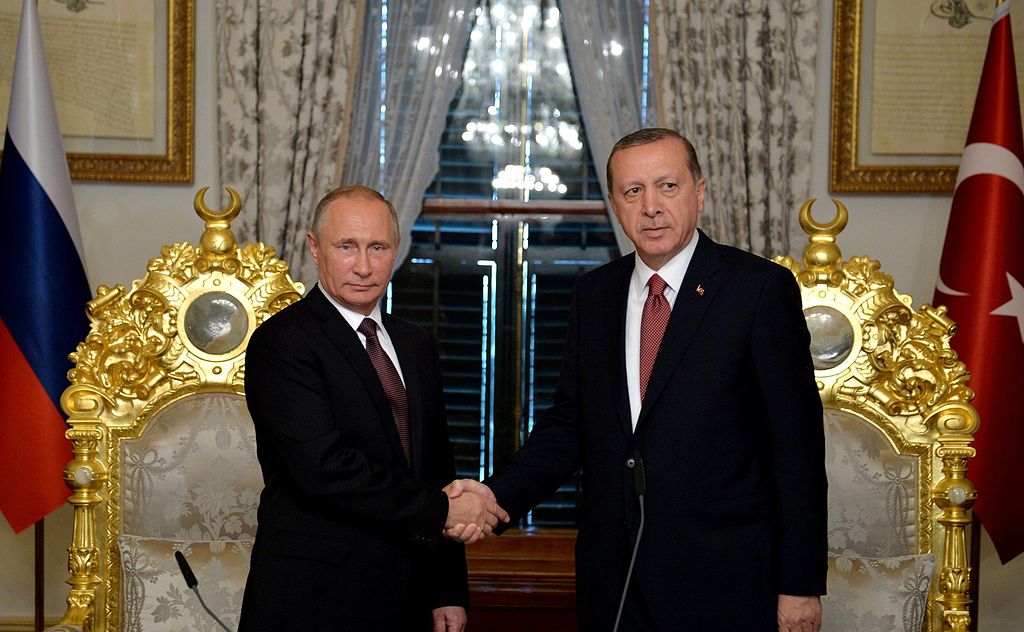 Washington and Brussels will pressure Ankara to step up the economic war on Moscow, the Financial Times reported Thursday. Western officials say the Russian economy has been able to weather the Washington-led sanctions blitz partly because the Turkish economy is offering backdoors to Moscow. According to the diplomats, Turkish banks will now be forced to abandon the Russian Mir payment system.

While a member of the North Atlantic Treaty Organization (NATO), Turkey has maintained a somewhat neutral position on the war in Ukraine. Ankara’s hesitation to adopt the hawkish position held by the rest of the West allowed Turkey to mediate the talks which produced the grain export agreement. Under the deal, over 720,000 tonnes of food products have left Ukrainian ports.

Last month, Deputy Treasury Secretary Wally Adeyemo warned his Turkish counterpart that Russians were attempting to use Ankara’s economy as a loophole to escape Western sanctions. The Turkish official responded by stressing that Ankara had a profound economic relationship with Kiev and Moscow.

In response to Western sanctions that prevented Russians from accessing services like Visa and Mastercard, the Kremlin rolled out the Mir payment system as an alternative. Five of Turkey’s most prominent banks use Mir.

One of the sources speaking with FT said Western nations would no longer allow the Turkish banks to use Mir without occurring risks. “We’ll send a message very clearly that, for example, third-country financial institutions should not be interconnecting with the Mir payment network because, you know, that carries some sanctions- evasion risks,” the official said.

Two of Turkey’s top banks told FT that they would enforce the sanctions, and it appears Russians are being impacted. Middle East Eye reports several Russians at Turkish resorts had their Mir cards declined. However, it is not a blanket ban at hotels, and Mir card users report being able to access ATMs.

Ankara does not appear willing to institute Washington’s sanctions targeting Mir. Turkey’s foreign ministry said that Ankara has a long-standing policy of only enforcing UN-issue sanctions.

FT reports the crackdown on sanctions in Turkey is due to the West’s economic war on Moscow having failed. “That shift acknowledges that economic sanctions imposed after Vladimir Putin’s invasion of Ukraine in February failed to damage Russia’s economy as much as they had hoped,” the outlet reported.