Mali and the Confiscation of Moral Sentiment

Mali and the Confiscation of Moral Sentiment 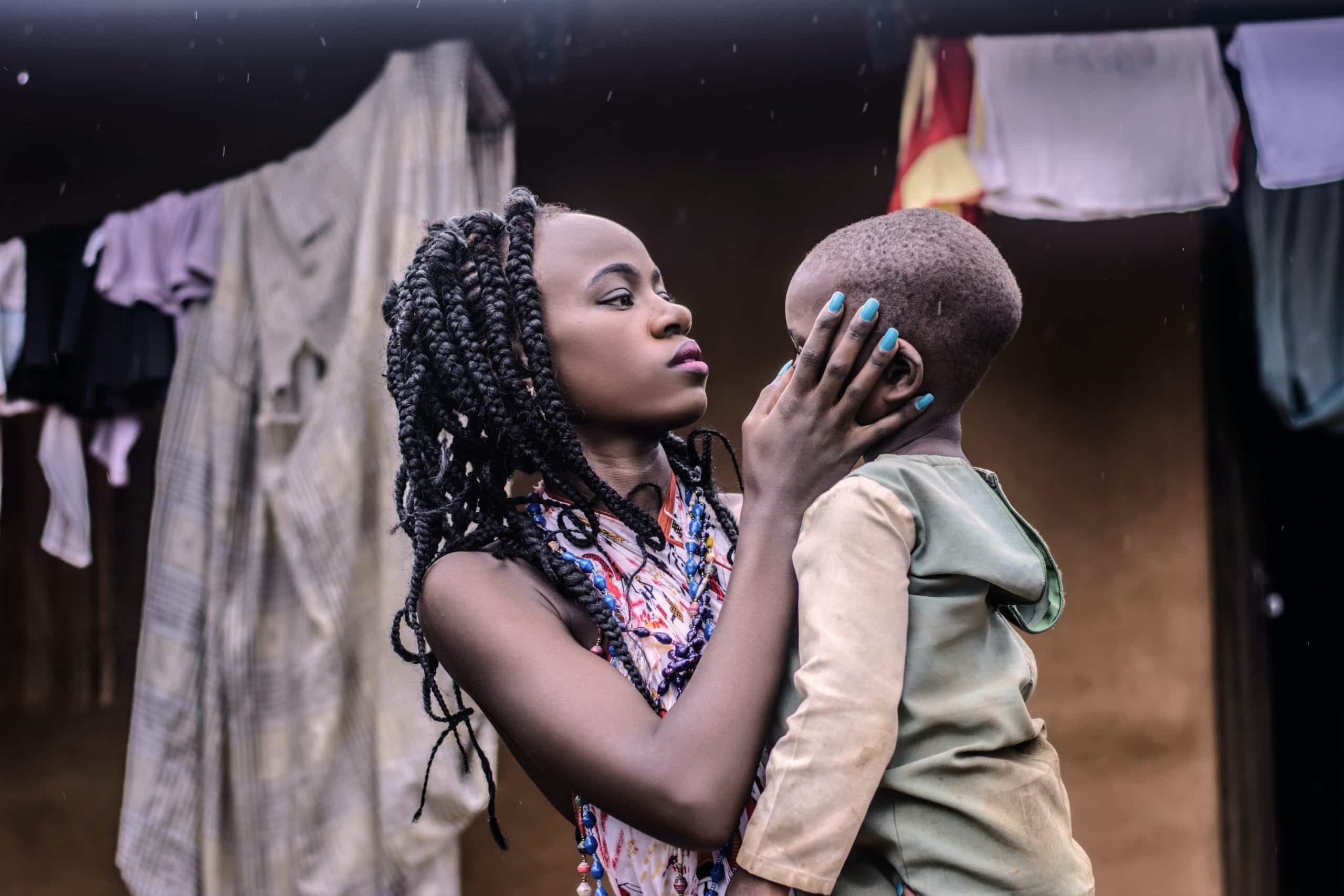 For fiscal year 2021, the total United States military budget has come in at a staggaring $934 billion dollars, which includes a base budget of $636 billion dollars plus ancillary Department Of Defense spending and Veterans Affairs related expenses. This easily dwarfs the military budgets of the next nineteen biggest spending nations combined and makes any claims of the existence of an underfunded military in the United States seem preposterous, but beyond the excessive military spending, the most damning aspect of the U.S. foreign policy apparatus is its confiscation of moral sentiment from the American public.

The de rigueur excuses of national security, preserving democracy the world over and winning the war on terrorism fall flat given the results of recent military adventures in the Middle East and Africa. A state of continued instability exists in Iraq and Afghanistan, an epidemic of cholera and famine, nay, gencocide, is consuming Yemen and open slave markets have operated in Libya, all under the guise of the ever popular U.S. mantra of making the world safe for democracy. Countless under-reported military campaigns across Africa are sowing seeds of resentment, which will inevitably lead to terror attacks at home and death and destruction abroad.

A seemingly minor incident in the grand scheme of U.S. military involvement in Africa was the 2013 French led and U.S. supported intervention in Mali. Undertaken ostensibly for humanitarian reasons, the continued military actions should give every American pause given the ongoing chaos in Mali and its surrounding countries. The lack of curiosity and empathy by the American public for the victims of U.S. foreign policy actions speaks volumes to the power and influence of the foreign policy bureaucracy.

If it even were to cross the mind of the casual news observer, the standard assumption regarding Mali would be that the state is addressing the plight of an affected people and the average citizen need not think any more of it. This is a common sentiment that has its roots in the New Deal era. Many of the criticisms levied against the New Deal can be applied in relation to current U.S. foreign policy: that it has needlessly burdened the economy under its crushing weight of debt, it has enabled a massively wasteful bureaucracy, it has encouraged a crony capitalist system, it has vastly reduced individual freedom and it has concentrated an absurd amount of authority in Washington, D.C.

Although these are all valid criticisms of the U.S. foreign policy establishment, perhaps its most spurious achievement is its ability to have morally corrupted the American public. This concept was identified by Albert Jay Nock, writing in a 1937 article for the American Mercury, wherein he stated that everyday Americans have been, “suffocated of that decent humanitarian spirit, and have allowed themselves to be dried-up of the ordinarily decent humane impulses toward one’s fellow-men.” This is an horrendous achievement indeed.

With over 1,000 military bases in over eighty countries, the U.S. military footprint can be found imposing its will on sovereign people the world over. Grandstanding U.S. politicians confidently wash their collective hands of the realities on the ground so long as the lofty ideals of freedom and democracy are invoked triumphantly before any military action begins. As recounted in a 2018 article by Jim Bovard, historian Irving Babbitt explained (after WWI), “the American judges himself by the way he feels, whereas the foreigner judges him by what he does.” This sentiment continues to hold true today.

A Brief History of Mali

In 1960, France formally agreed to the independence of the Federation of Mali. Not surprisingly, they engineered a system in which Mali would remain economically dependent on them. The inhabitants of the region are commonly referred to as the Tuareg people in French literature, but they call themselves Azawad and they are an extension of the Berber people, whose living area historically extended across numerous modern countries, including northern Mali, southern Algeria, Mauritania and Niger. As is the case with many native populations in the Middle East and Africa, when modern borders were drawn, they were screwed out of valuable resources and were left with very little territory of their own, setting them up for perpetual struggles.

There have long been tensions between the population residing in the southern part of Mali and the Azawad people of the North, with cultural, economic and social discrimination toward the Azawad, who have a real case for grievances. As such, the Azawad have rebelled numerous times against the South over the course of time since Mali achieved independence. In typical neo-colonialist fashion, the French have pitted one group against another, using one group as a vehicle to control the economic resources of the region.

Mali is a desperately poor country, especially for the Tuareg population in the North and for many, the only way for many to make a living was to join up as a mercenary in the Libyan Army. In 2011, with the fall of Gadaffi in Libya (there was no U.S. involvement there, right?), many Tuareg mercenaries came back to their homeland and brought their weapons with them. Given the influx of weapons, the Azawad again saw an opportunity to rebel against the South and they were bolstered by a recent military coup that had taken place in the capital city of Bamako. Not surprisingly, the U.S. played a role in this as well.

It’s important to note that the Tuareg goals were economic and secular, but one fatal flaw in the Azawad plan was that they teamed up with a couple of Islamist groups, whose goals were radically different. These radical elements eventually took over the movement and began marching South toward Timbuktu and Gao, committing atrocities along the way. The Mali central government was helpless to intervene due to the military coup, which conveniently gave the pretext for international intervention.

Unbeknownst to most, according to African Foreign Policy expert Rob Prince, in two 2013 interviews (here and here) with Scott Horton, the U.S. had spent billions of dollars training the Mali military, but it also had trained the people involved in the coup, who then overthrew the Mali government! The failure of all this money spent training a military that couldn’t function became another pretext for military involvement. Eventually, the coup ended and a civilian leader, Dioncounda Traoré, was installed as President. Interestingly, he happened to have strong ties to Paris and NATO and he immediately wrote a letter to the UN Security Council imploring them to help quell the rebellion. Although attempts were made to convince the Algerians to intervene, ultimately the French and the U.S. entered the fray.

It’s also worth noting that there are two important French facilities in the region: first, there is a large mining company in nearby Niger, owned by the French company Avena and secondly, there is a French military base in Mopti, in central Mali. The French were nervous about their military installation and also concerned that the chaos in Mali might spill over into Niger, providing another pretext for intervention.

The standard narrative presented to the American public regarding the situation in Mali is the well worn excuse of necessary humanitarian intervention, which is a deliberate attempt at deceiving the public into thinking that military action is absolutely necessary. The reality is that it is often military meddling and neo-colonialist attempts at securing resources that have caused the problem in the first place. Add to that, it is occuring in a place that is very far away, the boots on the ground aren’t from the U.S. and the military casualty rate is low, so who cares? The media will put up a series of out of context videos showing scary looking rebels firing their guns into the air, which will suffice for a few news cycles. Soon enough several years will pass, everyone will forget what happened and the process will repeat itself in a different part of the world.

The big picture of U.S. foreign policy includes a long term plan for the militarization of Africa in order to secure oil, uranium and other minerals. But, with the U.S. strategic focus shifting to Asia, the key is to achieve this militarization in such a manner where the U.S. military footprint is not as great as it has been in the Middle East. This will necessarily require other countries to provide the boots on the ground, which is exactly what happened with the intervention in Mali. If this story is news to you and you didn’t know anything about the conflict in Mali, you’re not alone. The military action in Mali is one piece in an enourmously complex puzzle of the never ending war on terrorism. Fortunately, there is a new book out, titled Enough Already by Scott Horton, that encompasses the whole of the U.S. terror wars and is presented in concise and easily digestible chapters, allowing the reader to understand how these seemingly independent interventions are linked together within the broader context of the War on Terrorism.

Understanding the broader context will take some effort and it would be far easier to simply brush it aside and farm out one’s morality to the state, but at what cost? Writing in the aforementioned American Mercury article, Nock summed it up best, “We think a great deal about the State’s ever-increasing confiscations of money and power; why not think a little about its confiscations of sentiment? They seem to me the most damaging and degrading of all its confiscations, as well as the hardest to repair.” Indeed, we would be wise to reject the folly of militarized humanitarian idealism.