40,000 Dead Thanks to US Sanctions on Venezuela – Study

40,000 Dead Thanks to US Sanctions on Venezuela – Study 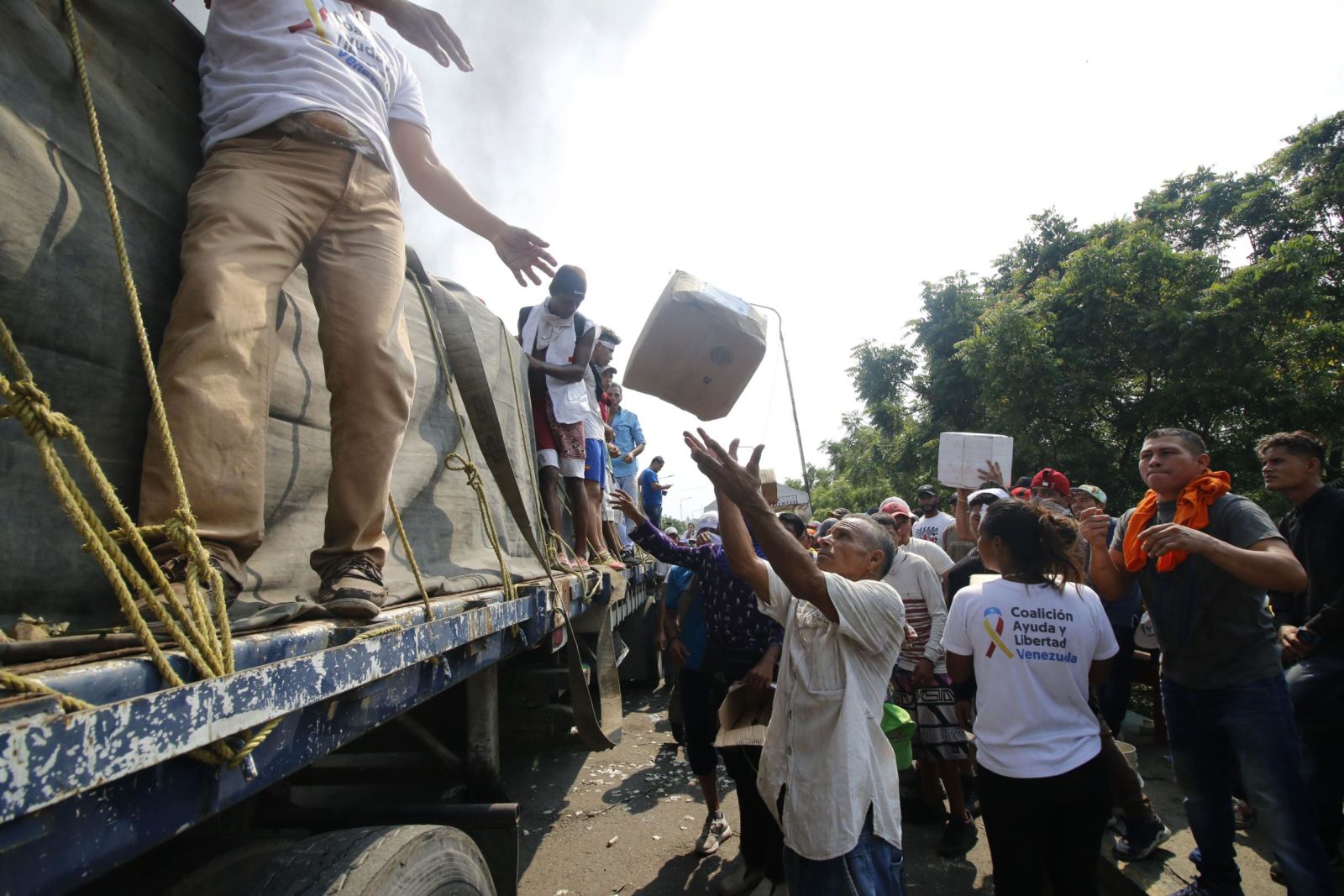 American economic sanctions may have killed up to 40,000 people in Venezuela between 2017 and 2018, according to a new study. The finding only underscores the lethal realities of “soft power,” all too often presented as a humane alternative to open armed conflict.

“There was a 31 percent increase in general mortality from 2017 to 2018,” noted the study, conducted by the Center for Economic and Policy Research (CEPR), a left-of-center think tank based in Washington.

“This would imply an increase of more than 40,000 deaths,“ the study said, adding it was “virtually certain” the sanctions made a “substantial contribution” to the figure. The authors said that amounted to “collective punishment,” and violated international humanitarian law.

In addition to the surge in the mortality rate, the study also found that the sanctions have helped to reduce the average Venezuelan’s caloric intake, and driven millions to flee the country in search of employment.

The researchers acknowledged the difficulty in precisely quantifying the role of the sanctions in Venezuela’s dismal economy, but it’s clear they are among the main factors preventing a recovery.

Though Venezuela’s troubles are surely caused in no small part by the government’s socialist economic policies – as well as the dramatic devaluation of the Bolivar – the humanitarian crisis is only worsened by US sanctions. The Obama administration maintained a limited sanctions regime on the country, but President Trump has expanded it tenfold since taking office – part of another so-called “maximum pressure campaign.”

As of April, more than 150 Venezuelan entities have been penalized, many linked to the country’s industrial and financial sectors. Washington in the summer of 2017 cut off Venezuela’s access to American lenders, and more recently sanctioned its central bank.

The U.S. has sanctioned the Venezuelan Central Bank (BCV) & Director Iliana Josefa Ruzza. This action will hinder former Maduro regime’s use of BCV to move money in & out of #Venezuela via the U.S., stopping further theft of assets & destruction of the economy. #EstamosUnidosVE pic.twitter.com/ly4jYDu9WV

Deprived of foreign creditors and the ability to finance capital maintenance, Venezuelan oil production has collapsed, with output expected to fall by some 67 percent by the end of this year, according to the CEPR study. Production capacity currently sits at one third of what it was the year Hugo Chávez took power in 1999.

Venezuela’s oil sector is a vital source of state revenue, and was hit with several rounds of sanctions this year. In January, Washington blocked American firms from purchasing Venezuelan oil, which alone tanked petrol exports by 40 percent; the US was its largest market. Additional oil sanctions were applied in April, looking to disrupt shipments to Cuba.

The sanctions are set to continue to inflict pain on Venezuela’s civilian population, who face one of the worst economies in the country’s history.

Despite constant hysteria from American pols about creeping Russian influence, the sanctions have also pushed the Maduro government further into Moscow’s orbit.

Russia’s state oil firm, Rosneft, continues to do business with Venezuela, while Rosneft’s Venezuelan counterpart, the PdVSA, has moved its European offices into Russia in a bid to protect its assets from a rapacious US administration.

The Russian government has, with the permission of Caracas, also established a direct presence in the country, in both a military and civil capacity.

American hawks paint a different picture of Venezuela, where sanctions play no role in the population’s suffering.

In a keynote address to the Atlantic Council this week, US Special Representative to Venezuela Elliot Abrams did precisely that, putting all blame on Maduro.

“What is stopping the beginning of rebuilding and reconciliation? Some questions are hard; that one is easy. The short answer is: Nicolas Maduro,” Abrams told the Council.

Abrams called for Maduro’s ouster, offering a bribe of billions in foreign investment if Venezuelans would go along.

“In the future, billions of dollars will be invested in Venezuela to rebuild the agricultural and industrial sectors,” Abrams said, but added the process “can only start when there is a fully inclusive government that represents all Venezuelans.”

The US and dozens of its allies back the Venezuelan opposition, endorsing oppo leader Juan Guaidó when he decreed himself “interim president” in January. Emboldened by the support, Guadió told the press he would consider US military intervention in Venezuela to remove Maduro.

The Special Rep also slammed Maduro for not allowing US humanitarian aid into the country, but given Abrams’ history of approving weapons shipments to rebels in Latin America under the guise of aid, Maduro’s fears in that area may not be as paranoid as they first appear.

In an attempt to relieve international pressure, however, Maduro in April reached an agreement with the International Committee of the Red Cross to allow some of the aid shipments through.

A Bridge Too Far

Naturally, the push for regime change in any country must be accompanied by a propaganda campaign designed to vilify and demonize the enemy, an effort the mainstream press is all too willing to assist.

Major media outlets have played a sizable role in helping to galvanize opposition to the Maduro government. In February, for example, reports emerged alleging the government ordered the burning of aid trucks waiting to enter the country on the Santander bridge, which connects Venezuela to Colombia. The accusation sparked outrage and indignation, but it was false.

The fire, in fact, was lit by a Molotov cocktail thrown by an opposition activist, as was indicated in video footage that surfaced soon after the incident. Most outlets took weeks to acknowledge the video, after hyping up a false, inflammatory claim to millions of viewers and readers without evidence.

Everyone from @marcorubio to @senfeinstein to Colombian President @IvanDuque claimed without evidence that Venezuelan national guard burned US aid on the Santander bridge.

But as I explain, all evidence suggests opposition guarimberos torched the aid: https://t.co/clwyxHPJEC

The CBC in February was forced to issue an apology for another widely reported story that claimed Caracas had ordered the closure of a different bridge between Venezuela and Columbia, for the purpose of stemming the flow of humanitarian aid.

The Venezuelan people desperately need humanitarian aid. The U.S. & other countries are trying to help, but #Venezuela’s military under Maduro's orders is blocking aid with trucks and shipping tankers. The Maduro regime must LET THE AID REACH THE STARVING PEOPLE. #EstamosUnidosVE pic.twitter.com/L4ysYJaM6H

What the press and some US officials failed to note, however, is the fact the bridge in question had never been open to traffic since its construction was completed in 2016. Caracas and Bogotá reached an impasse and never agreed to open it.

Few, if any, other outlets issued a similar correction.

Though a growing coalition of states is upping the pressure on Venezuela, a number of powers in addition to Russia, including China and Turkey, have aired support for the Maduro government. It remains to be seen whether Maduro will cave under the international pressure, but a majority of Venezuelans, regardless of how they feel about the president, are opposed to foreign efforts to topple him.

Washington would do well to listen to the people it claims to be standing up for.

US sanctions on Venezuela, or indeed any country, amount to economic warfare on a civilian population, and regime change efforts are more likely to destroy than revitalize nations – the record on that clarifies by the day.

Venezuelans deserve their freedom and autonomy, but not imposed by American bayonet, bomb or blockade.