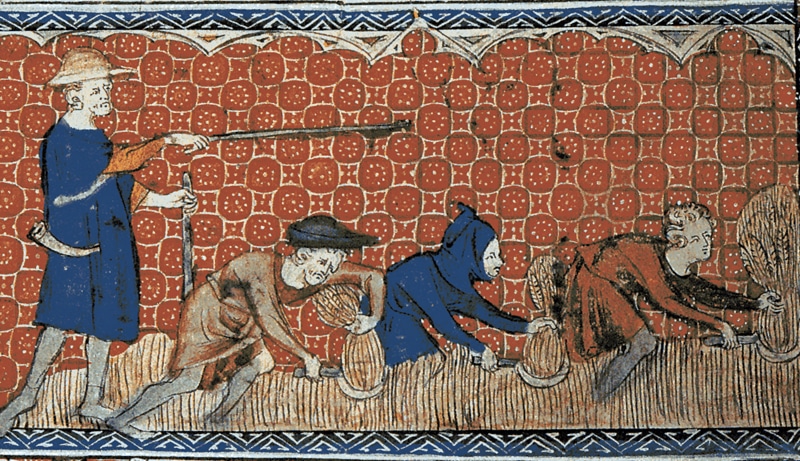 As another traditional April 15 tax day arrives, it reminds us once again of the financial burden and forced obligation the government places on our finances.

So, how heavy is the yoke of taxation?

We could throw around dollar amounts in the trillions, and break them down in many ways. But perhaps an even clearer picture of just how ever-present taxation is in our lives is to run down a typical day in the life of an American tax serf. (For the sake of brevity, this article won’t explore the horrific atrocities your tax dollars are used for, which has been well documented elsewhere.)

Your day starts with the sound of your alarm clock, for which you paid sales tax when you purchased it.

As you prepare for work, perhaps you help your children get ready for school; the government school that is funded by your property taxes—a tax you must pay even if you have no kids in government schools. Renters are not exempt either, because local property taxes would be levied on the owner of the building you live, which is typically passed along into your rent.

Furthermore, any notion of you truly being a “homeowner” is dispelled by the knowledge that you must pay this tax on your property, or your local government could take it from you. The government is your de facto landlord, thanks to their power to tax.

With the kids off to school, you hop in the car for which you paid a sales tax and registration fees to government, and set off for work. The roads, of course, are paid for primarily out of the tax you pay at the gas pump when you stop to fill up. Federal, state and local gas taxes add roughly 53 cents to every gallon you put in your tank (depending on which state you live).

Feeling thirsty and needing some caffeine, you pick up a Coke in the gas station’s mini-mart, for which you pay a ‘sin tax,’ a rate higher than the normal sales tax. So-called sin taxes are those levied on items like alcohol, cigarettes, and soda, and are one of the government’s way of trying to influence our behavior by more heavily taxing products they believe to be bad for us.

Once you are back on the road, you soon get stuck in a traffic jam. Traffic is made worse in no small part because roads and highways are mostly funded by taxes, and not by users at the point of use. Because the use of roads is free at the point of use (toll roads being a notable exception), there is no market mechanism for road use pricing to change according to demand. When demand surges during rush hour, there is no corollary surge in pricing to dampen demand, so instead drivers are imposed the added cost of long lines for use of the product, in the form of traffic jams.

The poor funding mechanism comes with a steep price tag. According to the 2020 Transportation Statistics Annual Report produced by the U.S. Department of Transportation, “Congestion cost urban Americans an extra 8.8 billion hours and an extra 3.3 billion gallons of fuel to travel, for a total congestion cost of $166 billion in 2017.”

Once you arrive at work, you realize that about 1/3 of the day will be spent working for the government, not yourself. Depending on your income bracket and state, this will vary of course, but nevertheless a sizeable part of your time and effort simply do not belong to you. They belong to the government, courtesy of the income tax.

In a perverse manner only the government could create, the more successful you are, the higher the rate of the penalty. The income tax is made worse still with the knowledge that it leaves you less money to pay all the other taxes you owe.

At the end of your work day, you get to head home, but need to stop to pick up a few groceries. At the store, you notice that grocery prices continue to trend higher. According to Barron’s, last year saw the largest year-over-year increase in grocery prices in a decade, and prices are expected to climb at a faster pace this year.

Rising prices can be attributed largely to mad money printing by the Federal Reserve, which erodes the purchasing power of the money already held by households. Economists consider this the “inflation tax,” and it harms low-income households disproportionately.

Pay the inflation tax, or pay higher income taxes. What a choice.

Finally, after decades of days like these, if you are lucky enough to save up enough to pass down assets above a certain amount to you children, the government will tax those when you die.

Not exactly a Normal Rockwell portrayal of American life, is it? But so goes a day in the life in the ‘land of the free.’