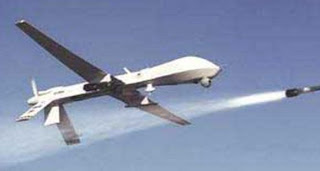 On August 29, 2021, the U.S. military killed a group of people in Kabul, Afghanistan, using a Hellfire missile launched from an MQ-9 Reaper drone. The Pentagon claimed that “the procedures were correctly followed, and it was a righteous strike.” In a surprising development, rather than merely parroting the Pentagon account of what transpired, the New York Times decided to investigate what happened and has produced a compelling film to illustrate that the people incinerated were not ISIS-K terrorists, or anyone associated with groups posing a threat to U.S forces and allies. Instead, the victims were an aid worker, Zemari Ahmadi, and his entire family, including seven children. While the Pentagon believed that the target was behaving suspiciously, in fact, he was going about an ordinary day of running errands. Ahmadi, an electrical engineer by training, worked for a California-based NGO, Nutrition and Education International. On his last day of life, he was bringing water to his home, and transporting colleagues around town.

Reporters for the New York Times pieced together very clear security camera footage of Ahmadi moving about with colleagues, holding laptops and empty plastic water containers, which they placed in a white Toyota Corola. The Pentagon interpreted the water bottles and laptops as evidence of an imminent terrorist attack. In press conferences after the strike, officials maintained that a large secondary explosion showed that the car contained bombs, intended for use to further disrupt the evacuations underway at Kabul airport. Independent weapons experts enlisted to assess the damage at the scene, however, found no evidence of a secondary blast. They found no damage to peripheral structures, and no indication that the destruction of the car and the deaths of ten human beings were caused by anything but the missile launched from a U.S. drone.

Unfortunately, the only thing truly surprising about this development is that a mainstream media outlet has done some real reporting to get to the bottom of the story. What distinguishes this from hundreds of other drone strikes in Afghanistan throughout the twenty-year War on Terror is only that the Pentagon was not allowed to squelch any possible suggestion to the effect that they incompetently killed innocent people while claiming to be protecting them. The New York Times enthusiastically promoted the government line all through the War on Terror, portraying in a positive light even abominations such as the Obama administration’s Terror Tuesday meetings, during which nominees for elimination were considered on the basis of flashcard presentations. I am frankly surprised that the story of what happened in Kabul less than two weeks ago made it through the editorial office at the New York Times and have to wonder whether the editor who gave the piece a green light will continue to be gainfully employed. It would be nice to believe that the New York Times editorial board has done some soul-searching and wishes to repent for its warmongering ways, but let us be perfectly clear: through publishing pieces in which they verily gushed over Obama’s new role as a technokiller, the New York Times helped to make palatable and ultimately normalize assassination of suspects by lethal drones on the basis of purely circumstantial evidence.

The summary execution of suspects was established as a standard operating procedure during the War on Terror not only in Afghanistan and Iraq, but all over the Middle East and in Africa as well. We know from documents stolen and shared by whistleblower Daniel Hale, that, far from ensuring that no civilians would be killed before drone strikes were carried out, analysts deemed targets guilty until proven innocent. Scandalously, many of the persons killed were of entirely unknown identity. When standards of justice were inverted in this way, injustice was systematically perpetrated under a specious guise of national defense. Standards of truth were also corrupted as military bureaucrats wove stories to attempt to convince the populace that they did nothing wrong, even when they killed scores of human beings at gatherings such as funerals and weddings, and even when they bombed hospitals. Recall also that when Pat Tillman, the former NFL player who volunteered to fight in the War on the Terror, was killed in a friendly fire incident, the Pentagon concocted a fable to paint him as a hero instead. And that was only one of many cases in which truth was abandoned in the name of public relations to prop up a misguided and ill-fated military mission. Lies were what kept the war on Afghanistan going long after it should have ended. Trillions of dollars and countless lives later, the administration finally acknowledged that it had been a Fool’s Errand all along.

Lies were used not only to keep troops on the ground in Afghanistan long after the mission to locate Osama bin Laden had ended, but also to expand the War on Terror to many surrounding countries and to Africa as well. Most of these were undeclared wars, said by their perpetrators to be necessary in national defense and claimed to be authorized by a sweeping AUMF (Authorization for Use of Military Force), which congress cowardly bestowed upon President George W. Bush in order to avoid responsibility for whatever might ensue, allowing him, in effect, to bomb wherever he wanted to. No U.S. citizen was ever protected by any drone strike targeting suspects in unoccupied lands, and now that Afghanistan is no longer under U.S. occupation, what happened on August 29, 2021, can be used as a lens through which to see the magnitude of injustice perpetrated over twenty years in Yemen, Pakistan, Somalia, Libya, and beyond. In such countries, locals who attempted to dispute official pronouncements on the military-aged men killed and claimed to be terrorists were denounced, discredited, and sometimes targeted, again for being so-called propaganda outlets for Al Qaeda and other terrorist groups. But because the U.S. military no longer controls the narrative of what is going on in Afghanistan, having returned the country to the Taliban, we have been afforded a rare glimpse into the terrible reality of what has been done in our name for two decades.

Perhaps this latest tragedy could have been avoided, had the revelations of Daniel Hale and Julian Assange been taken seriously. Preposterously, Hale is serving a prison sentence, and Assange is the ongoing victim of a relentless persecution campaign to extradite him to the United States to face charges under the Espionage Act for publishing factual material, including the shocking Collateral Murder video. If the U.S. government were to acknowledge the concerns of whistleblowers and admit that executing people on the basis of circumstantial evidence contradicts everything the United States supposedly stands for, including human rights, then they would have to pause and assess what the actual consequences of their drone program have been. Instead, they criminalize the whistleblowers and plod on as before.

Rather than learn from their mistakes, the Pentagon persists in doubling down on failed strategies. Lest we forget, the U.S. government was provoked by the events of September 11, 2001, into launching a vast and ruinous campaign of terrorism, torture, and mass homicide throughout the Middle East. The provocation strategy worked once again in August 2021, when a bomb set off at the Kabul airport, killing thirteen Marines, immediately led to President Biden’s declaration that he would seek revenge. Three days later, the drone strike on August 29, 2021, incinerated an entire family of ten people who were hoping to obtain refugee visas to the United States. This was, once again, a misguided reaction to a terrorist attack specifically intended to goad the U.S. government to overreact, which of course it did. The difference between this drone strike and the hundreds of others which preceded it is only this: because the military had already left Afghanistan, there was no one around to suppress the counter narrative of locals at the scene of the crime. 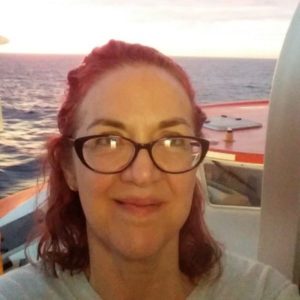 Laurie Calhoun is the author of We Kill Because We Can: From Soldiering to Assassination in the Drone Age, War and Delusion: A Critical Examination, Theodicy: A Metaphilosophical Investigation, You Can Leave, Laminated Souls, and Philosophy Unmasked: A Skeptic's Critique, in addition to many essays and book chapters. Questioning the COVID Company Line: Critical Thinking in Hysterical Times will be published by the Libertarian Institute in 2023.

We Kill Because We Can: From Soldiering to Assassination in the Drone Age

War and Delusion: A Critical Examination

You Can Leave: a novel