A Million Iraqis Asked Us to Leave. We Should Listen.

A Million Iraqis Asked Us to Leave. We Should Listen. 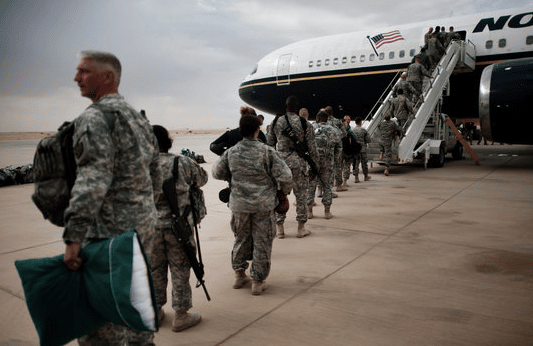 You wouldn’t know it from US mainstream media reporting, but on Friday an estimated million Iraqis took to the streets to protest the continued US military presence in their country. What little mainstream media coverage the protest received all reported the number of protesters as far less than actually turned out. The Beltway elites are determined that Americans not know or understand just how much our presence in Iraq is not wanted.

The protesters were largely supporters of nationalist Shi’ite cleric Muqtada al-Sadr, who opposes both US and Iranian presence in Iraq. Protesters held signs demanding that the US military leave Iraq and protest leaders warned of consequences unless the US listen to the Iraqi people.

After President Trump’s illegal and foolish assassination of Iranian general Soleimani on Iraqi soil early this month, the Iraqi parliament voted unanimously to cancel the agreement under which the US military remains in Iraq. But when the Iraqi prime minister called up Secretary of State Mike Pompeo to request a timetable for a US withdrawal, Pompeo laughed in his face.

The US government answered the Iraqi parliament’s vote with a statement that the US military is a “force for good” in the Middle East and that because of the continuing fight against ISIS US troops will remain, even where they are not wanted.

How many billions of dollars have we sent to Iraq to help them build their democracy? Yet as soon as a decision of Iraq’s elected parliament goes against Washington’s wishes, the US government is no longer so interested in democracy. Do they think the Iraqis don’t notice this double-dealing?

The pressure for the US to leave Iraq has been building within the country, but the US government and mainstream media is completely – and dangerously – ignoring this sentiment. It’s one thing to push the neocon propaganda that Iraqis and Iranians would be celebrating in the streets after last month’s US assassination of Iranian general Soleimani, who was the chief strategist for the anti-ISIS operation over the past five years. It’s a completely different thing to believe the propaganda, especially as more than a million Iranians mourned the popular military leader.

The Friday protesters demanded that all US bases in Iraq be closed, all security agreements with the US and with US security companies be ended, and a schedule for the exit of all US forces be announced. Sadr announced that the resistance to the US troop presence in Iraq will halt temporarily if an orderly departure is announced and implemented. Otherwise, he said, the resistance to US troops would be activated.

A million Iraqi protesters chanted “no, no to occupation.” The Iraqi parliament voted for us to leave. The Iraqi prime minister asked us to leave. Maj. Gen. Alex Grynkewich, the US deputy commander in Iraq and Syria, said last week that US troops in Iraq are more threatened by Shi’ite militias than ISIS.

So, before more US troops die for nothing in Iraq, why don’t we listen to the Iraqi people and just come home? Let the people of the Middle East solve their own problems and let’s solve our problems at home.