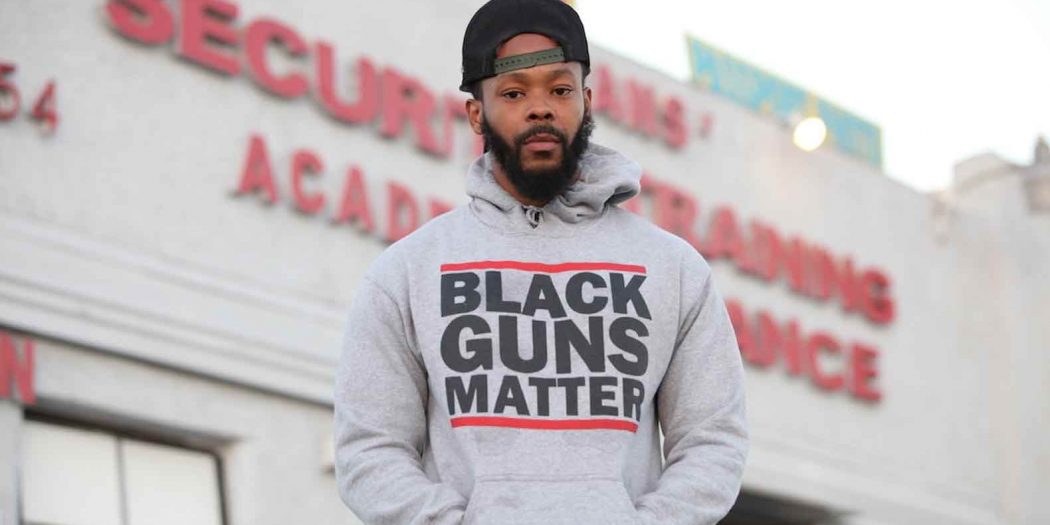 For years, the American Civil Liberties Union, ACLU, has chosen to stand against those who would attack our Constitutional rights. Even the Free Thought Project has been supported by the organization when a California sheriff attempted to force us to delete an article that was damning to his organization. Over the past several years, however, there has been a sort of rift happening inside the organization, with your right to self-defense right in the center of it.

While they have been vehemently fighting for the right of transgender athletes to compete in sports, the ACLU has largely chosen to remain silent on the Second Amendment. Though they have supported most every amendment in the bill of rights, their position on gun rights has remained ambiguous and nuanced—perhaps deliberately. But that all changed this week when they ran an article with an embedded podcast that claimed the Second Amendment is rooted in racism.

As Gleen Greenwald points out:

The ACLU is now waging war on the Bill of Rights.

ACLU’s position on the Second Amendment has always been nuanced: it’s an important constitutional protection, but one that’s collective, not individual.

Now they’re full on proclaiming parts of the Bill of Rights to be racist.

The ACLU is now waging war on the Bill of Rights.

ACLU’s position on the Second Amendment has always been nuanced: it’s an important constitutional protection, but one that’s collective, not individual.

Now they’re full on proclaiming parts of the Bill of Rights to be racist. https://t.co/1lhED1FImu

Without a single fact to back up their claims, an article on the ACLU’s website claimed “Anti-Blackness determined the inclusion of the Second Amendment in the Bill of Rights, and has informed the unequal and racist application of gun laws.”

As those who have read history understand, this is not true at all. In fact, it is the exact opposite. Gun control—not gun rights—was pushed with the impetus of anti-Blackness behind it.

Nowhere in the Second Amendment does it say anything about the color of one’s skin determining their ability to own a weapon. However, slave-owning and racist lawmakers throughout history have attempted to disarm black citizens which is the exact opposite of “the right of the people to keep and bear Arms, shall not be infringed.”

In fact, racist gun control goes back further than the constitution. Perhaps the first known attempt at disarming citizens in the new world occurred in 1751 when the French Black code was enacted requiring colonists to “stop any blacks, and if necessary, beat any black carrying any potential weapon, such as a cane.”

This attempt to disarm blacks was repeated under United States’ rule 50 years later when the U.S. purchased the Louisiana territory. According to a paper published in the Kansas Journal of Law & Public Policy:

When the first U. S. official arrived in New Orleans in 1803 to take charge of this new American possession, the planters sought to have the existing free black militia disarmed, and otherwise exclude “free blacks from positions in which they were required to bear arms,” including such non-military functions as slave-catching crews.

The Ku Klux Klan often times attempted to enact similar “Black Codes” that barred the newly freed slaves from exercising their basic civil rights. One such example of these new laws was an act passed in the state of Mississippi that stated:

no freedman, free negro or mulatto, not in the military service of the United States government, and not licensed so to do by the board of police of his or her county, shall keep or carry fire-arms of any kind, or any ammunition, dirk or bowie knife, and on conviction thereof in the county court shall be punished by fine

This law clearly flies in the face of the Second Amendment, yet the ACLU takes their stance anyway.

After the passage of these laws, numerous studies concluded that the newly freed slaves had essentially been rendered defenseless against groups like the Ku Klux Klan. Disarming them, essentially made them slave once again — after their Second Amendment rights were removed.

Contrary to the ACLU’s inaccurate assertion, it wasn’t the Second Amendment that sought to disarm black people, it was attacks on it—which were similar in kind to what the ACLU is doing right now.

When Republican congressmen passed the Freedman’s Bureau Bill attempting to secure the right to bear arms for Blacks in the south, the Supreme Court overturned it in what was known as The Cruikshank decision. This decision emboldened groups like the Klan, who in turn began gaining control over local governments to pass racist new laws. As Reason magazine noted:

In deference to the Fourteenth Amendment, some states did cloak their laws in neutral, non-racial terms. For example, the Tennessee legislature barred the sale of any handguns except the “Army and Navy model.” The ex-Confederate soldiers already had their high quality “Army and Navy” guns. But cash-poor freedmen could barely afford lower-cost, simpler firearms not of the “Army and Navy” quality. Arkansas enacted a nearly identical law in 1881, and other Southern states followed suit, including Alabama (1893), Texas (1907), and Virginia (1925).

Pro-Black groups have been advocating against these attacks and racist interpretations of the Second Amendment for decades.

In 1966, California law did not attack the Second Amendment like it does today and it actually allowed citizens to open carry firearms. The Black Panthers exercised this freedom by organizing armed patrols to follow police and ensure they performed their duties professionally. The following year, thirty panthers staged an armed protest in front of the California state house declaring, “The time has come for black people to arm themselves.”

The protest frightened former California Governor Ronald Reagan who, in response, worked with the NRA to support the 1967 Mulford Act. The act lead to California having arguably the strongest gun laws in the nation. As Adam Winkler, the author of Gunfight: The Battle Over the Right to Bear Arms , later noted:

“The law was part of a wave of laws that were passed in the late 1960s regulating guns, especially to target African-Americans.”

Again, it was not the gun rights that were racist, as the ACLU would lead you to believe, it was gun control.

Fortunately, the National African American Gun Association, NAAGA, does not hold the same opinion as the ACLU. This group, which was officially started and launched on February 28, 2015, in honor of Black History Month with a single chapter in Atlanta, has grown to more than 75 chapters nationwide with more than 30,000 members.

Thankfully, according to NAAGA, most Black folks don’t agree with the ACLU’s stance on the right to self-defense.

According to NAAGA, the perception and reality of African Americans owning guns is changing. In 2012, the Pew Research Center conducted a national survey and found that only 29% of African-American households viewed guns as positive. In 2015, that same survey showed a dramatic jump to 59% where now a majority of African-American families see guns as not only a positive thing but, in many cases, a necessity. In today’s society, every member of our community, if they want, can legally purchase a gun. African Americans in record numbers are now joining gun clubs, going to the gun range, participating in outdoor hunting, and even participating in competitive shooting events. Single Black women are now one of the fastest growing demographic groups in the African-American community who are purchasing guns for protection. The future is bright for active firearm ownership within our community now and for years to come.

If you would like to know how all gun control is racist, listen to our podcast with Maj Toure, who educates people in urban communities on their Second Amendment rights and responsibilities through firearms training, when he says, “Black Guns Matter.”