Anti-Semite: Anyone Who Challenges Zionism

Anti-Semite: Anyone Who Challenges Zionism 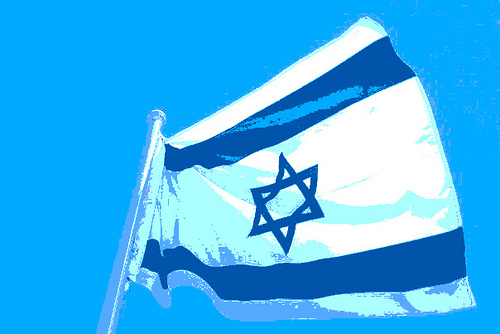 The new year for many typically brings with it a new outlook or appreciation. Perhaps a change in old ways of thinking and newer approaches to some of our most common dilemmas. Yet not even a week into 2019, and the allegations of anti-Semitism have picked up right where they left off in 2018, by those who cannot bear to hear anyone criticize Israel.

Earlier this week the 116th congress made its debut, ushering in the most diverse group of incoming freshman in U.S history. The social media outrage at the swearing in of the first female Palestinian congresswoman, Rashida Tlaib (MI), was louder than ever. On Twitter, Israeli cheerleader Ben Shapiro, and his co cheerleader Seth Mandel, were out in full force in typical fashion. Anytime the topic of Israel and Palestine are mentioned in the media, those who consistently lobby for victimhood of Israel make contradictory statements which change based on the context which would push their agenda the most at that given moment. Let’s begin by dissecting Mandel’s annoyance of the thought of a Palestinian congresswoman. The first Somali-American Congresswoman, Ilhan Omar (MN), tweeted highlights about the diversity of which the 116th Congress consists. One of the highlights mentioned the “1st Palestinian-American” in reference to Tlaib. Michigan Congressman Justin Amash, whose father is Christian Palestinian replied “My father is Palestinian..” Besides the dynamics of the exchange, the more interesting aspect was the replies to it. Mandel, an open Zionist, came rushing to defend Amash and his Palestinian status, tweeting, “Look at the first response, classic. Amash is Palestinian…” It’s remarkable how when given the opportunity to belittle Palestinians, those who unconditionally support Israel in opposition to Palestinians, become temporary defenders of the Palestinian people.

It would take quite some time to count the number of pro-Israel politicians who have served in the United States congress, but less than a handful to count the number of Palestinians who have. Yet those fraction of a handful Palestinians who now serve in Congress are enough for Mandel to conclude that it’s an all out assault on the Jewish people apparently. Tweeting again about a new Palestinian in congress, Mandel said, “…the swearing-in of elected anti-semites today was a warning to America’s Jews to pipe down and keep a bag packed.” This is where we are in America today. When a substantial part of U.S politicians include Zionists, who not only openly, but confidently demean Palestinians, we must accept the outcomes of democracy. Yet when one, yes one, Palestinian is elected to congress, Zionists like Mandel and others fear monger and portray the election as an apocalyptic event for Jews, many of whom support Congresswoman Tlaib. Of course all the mainstream Palestinians in the media, like Tapper and Blitzer, will now call for the expulsion of Jews from America, correct?

Compared to Shapiro, Mandel is quite mild in his disdain for Palestinians. Looking back at Shapiro tweets from several years ago, when he wasn’t as recognized, we see his opinion of Palestinians on full display. Shapiro and other Zionists, repeatedly deny or recognize a Palestinian authority. When the UN even suggests giving Palestinians representation, they fume. However, when it’s convenient for them to associate something negative to a Palestinian authority, that authority magically exists when it fits their agenda. Decades of Zionist propaganda have created an impression among some, that Palestinians are refugees who are somehow taking what belongs to Israel. The reality however, is that Palestinians are not the occupying force, but instead it’s the Israelis who have evicted Palestinians from their home, land, and more. Shapiro once tweeted sarcastically, “I love the Palestinian authority, whose literal strategy is “hand over land or we kidnap and murder your children.” Again we see a classical Zionist move, which is to portray Palestinians of having any kind of authority, let alone one that would allow them to kidnap children. This helps to create the impression that somewhere the Palestinian authority even has the means to detain anyone even if they wanted to. In the propaganda world, you are wise to accuse others of that which you are guilty of, and that is what is done here.

In 2005, Israeli Prime Minister Benjamin Netanyahu pandered to Zionists before his election, promising that there will never be a Palestinian state. This promise helped to secure his victory, in which the next day he returned to politics, backtracking his words and talking again about a  “peace process.” If the mainstream media would have covered this story and his campaign promise, it would be evident to anyone that Israeli Zionists have no intention of making peace. But in order for the entire charade to go on, it must be perceived that Netanyahu is entertaining the chance of Palestinian rights. Shapiro brilliantly illustrates this hypocrisy from tweets in 2015. On March 20, 2015 Shapiro tweeted  “Everyone in the media who told you that Bibi forbade possibility of a Palestinian state lied or was mistaken.” Five days later he tweeted, “Netanyahu says the DAY BEFORE AN ELECTION that there won’t be a Palestinian state bc [sic] Palestinians are pro-terror…”

The election of a single Palestinian female in congress has created an eruption of outrage and fear throughout the Zionist community. The conflict between Israeli Zionists and Palestinians is no longer just physical, but has manifested itself into a public relations battle on social media. Prominent Zionists, as has been illustrated, pounce at the opportunity to depict Israel as a victim however and whenever they can. When it suits them to label it a sponsor of terrorism, Palestine is a sovereign state, otherwise it’s an illegitimate authority. The notion that a single Palestinian congresswoman is any threat to Israel’s occupation, is simply a distraction from the fact Israel and its lobby have influence over our government more than people may understand. The beauty of all this is that it’s not Palestinians that point out these dynamics. Whether it’s intellectuals such as John Mearsheimer, Stephen Walt, Noam Chomsky, Norman Finkelstein, or the Libertarian Institute’s own Sheldon Richman, the point is that non-Palestinians and even many Jews point of the obvious. Even the late great Holocaust survivor Dr. Hajo Meyer said “An anti-Semite used to be a person who disliked Jews,” adding, “Now it is a person who (Zionist) Jews dislike.”

Pointing out fictional Zionist fantasies resulting from a Palestinian coming into power in congress, only acts as a fear tactic and distraction from the reality that it’s not those who challenge Israel that have the power, but rather the power rests with those who unconditionally support Israel and refuse to accept that reality.