Are We About To See A Troop Withdrawal From Iraq?

Are We About To See A Troop Withdrawal From Iraq? 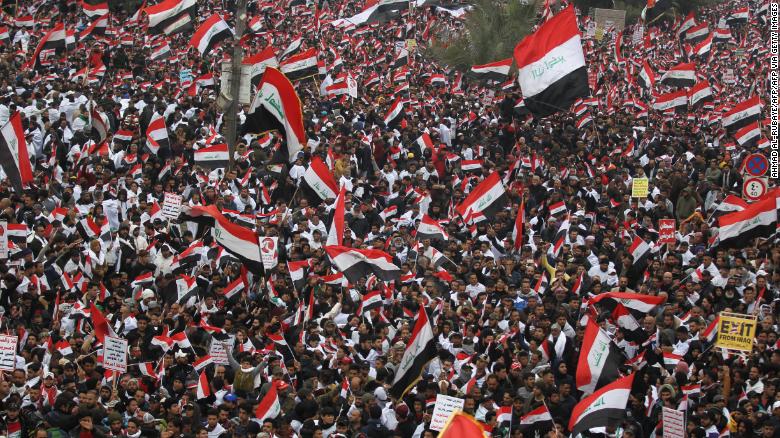 Hubris, hypocrisy, and sanctimony are all constants of U.S. foreign policy. All came together in George W. Bush’s invasion of Iraq. Most foreign policy analysts, other than the neoconservative war enthusiasts who dominated Bush administration decision-making, recognize that America’s unjustified aggression was a horrid bungle.

And American military forces are still occupying Iraq. Nominally there to prevent a revival of ISIS, they have been used by the Trump administration to confront Iran, the president’s myopic fixation. Although the Joint Comprehensive Plan of Action limited Tehran’s nuclear opportunities and instituted an intrusive inspections regime, the administration killed the agreement and reimposed sanctions to destroy Iran’s economy. The president insisted that Tehran would soon surrender after acknowledging U.S. (and, indirectly, Israeli and Saudi) suzerainty to win financial relief.

END_OF_DOCUMENT_TOKEN_TO_BE_REPLACED

“You hypocrite, first take the plank out of your own eye, and then you will see clearly to remove the speck from your brother’s eye.” — Matthew 7:5 I grew up going to numerous youth group events, Christian summer camps, weekly chapels at my Christian high school, and...