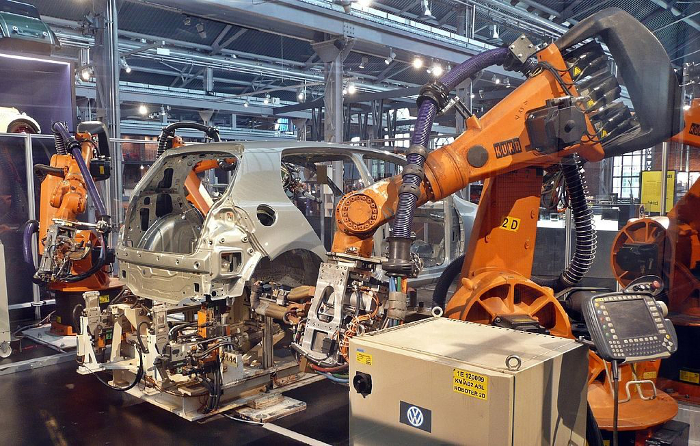 When I was a kid, the thought of robotics, especially bionics, made me excited. I’m old enough to remember the Six Million Dollar Man and never missed an episode. An astronaut crashes on a test flight and is pieced back together using science that seemed centuries away. As I grew up, I would scour magazines, and then the internet, looking for such leaps in technology.

Decades later, I have a friend that is one of a few “robot technicians” in the country. This guy is rarely home and travels to all corners. He’s sent me pictures from the Tesla plant and other car manufacturers, but most of the places he visits won’t allow pictures. I don’t have the “clearance” to see shots from these locales. Most of what he works on, even in non-governmental facilities, is hidden from the public. He has told me countless times that, in his opinion, robotic technology has advanced far enough that 25-35% of the jobs humans are doing could be automated.

In my experience, the subject of automation makes libertarians uncomfortable. I’m fairly certain it stems from a fear of loss. There are many pat answers when confronted with the realization that 30% of the workforce, including one’s self, could be out of a job right now if electronic workers were let loose on a large scale. “They’ll still need programmers,” some might say. “Someone has to maintain them!” Those answers are all well and good, but how many people that will lose their jobs are trained to fix or perform data fixes? Some people will be on the streets. I hesitate to say most.

It is fair to make the point that with such efficiency comes expansion of industry. If the machines can grow, maintain, and harvest crops at, say, five times the rate of humans, that will increase opportunities in trucking. Do I need to mention we already have driverless cars? A visit to New York City will quickly inform you that there are as many taxis as there are personal vehicles. Will they all be out of work in five years? What about surgeons? How many will be needed to write code for the machines?

I believe a quote from architect and inventor R. Buckminster Fuller would be appropriate, and vexing:

One in ten thousand of us can make a technological breakthrough capable of supporting all the rest. The youth of today are absolutely right in recognizing this nonsense of earning a wage.

I’ll just leave that second sentence there for folks to get mad at. The first one is quite the conversation starter. Fuller suggests, and I agree with him, that we are at a stage in history in which one man has the ability to invent something that can sustain a good portion of the population around him. He believes this progress would negate the necessity for man to labor. I assume this would not only make the libertarian apoplectic, but the proud purveyor of the “Judeo-Christian Work Ethic” as well.

If it were proven tomorrow that automation could provide for the needs of 80% of the population, with only 20% needed to either service the A.I. or to do things they can’t, where would humanity position itself from an epistemological standpoint? Is one of the fundamental principles of libertarianism “hard work,” or is it the non-aggression principal. Is labor a part of that credo?

The question I wish for you to take away is this: Can liberty exist within a system where technology, and not personal labor or a pooling of resources, provides all of your daily needs?

This dilemma, the answer to which I will not deal with here, is one that, in my opinion, every liberty lover must confront. And now! I believe these realities are less than a decade away and to have a clear vision as to how you will face it would be prudent. Every one of us knows that when this happens, it will feel like it occurred overnight. We know government won’t prepare us for it, and even if they did, it would be terribly inefficient.

When the machines come for your job, what will you do?