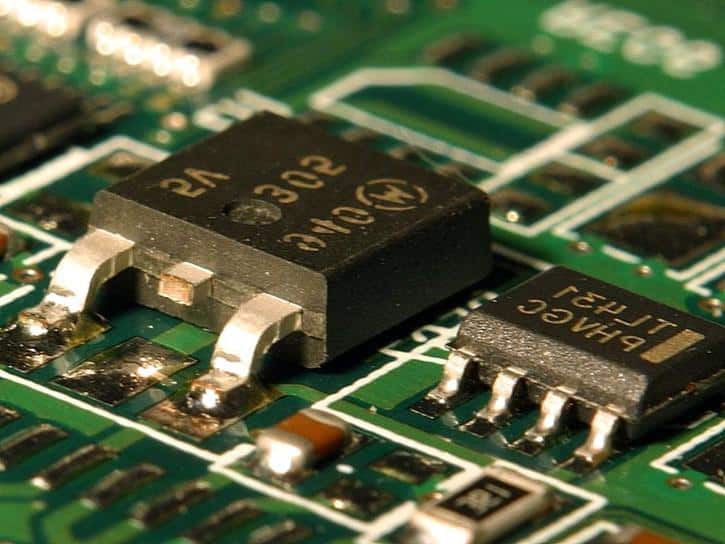 Jubilation erupted in Washington this summer as politicians lurched towards commandeering a key swath of the American economy. Congress passed Biden-backed legislation known as the Chip Act to spend $52 billion subsidizing semiconductor production. A Washington Post headline hailed “a big month for Bidenomics” and another headline celebrated “Biden’s hot streak.”

The Chip Act’s passage sparked a volcanic eruption of economic illiteracy from the media and top politicians. Washington Post columnist E.J. Dionne proclaimed, “The chips bill means the Era of Hands-Off Government is over.” Sen. Charles Schumer (D-NY), the Senate Majority Leader, huffed, “The old laissez-faire theory is: Leave the companies alone, and they’ll do great.” Inside the Beltway, anything less than total federal domination of the economy is derided as “laissez-faire.” Schumer scoffed at the failure of laissez-faire just after Congress sharply raised taxes on corporations. Jared Bernstein, a member of the White House Council of Economic Advisers, declared, “When it comes to establishing a lasting legacy in terms of existentially necessary economic transformation, history may well put President Biden in the same sentence as FDR and LBJ.”

The exaltation occurred because “many politicians believe that Beijing’s economic planning is superior to the U.S. free-market system,” as a Wall Street Journal editorial noted. Brian Deese, Biden’s National Economic Council director, declared, “The question should move from ‘Why should we pursue an industrial strategy?’ to ‘How do we pursue one successfully?’” And since Congress passed the law, that proved that Team Biden was successful.

The Chip Act made Biden the nation’s Semiconductor Czar, and he promised that he would “personally have to sign off on the biggest grants” to companies. What could possibly go wrong?

If a picture is worth a thousand words, is a political photo opportunity worth $50 billion? Biden rushed to exploit the new law for a campaign event before the congressional mid-term elections. Last week, Biden and New York Governor Kathy Hochul held a media circus outside of Syracuse, New York to celebrate subsidies for a Micron semiconductor plant that will not even break ground until 2024. Hochul swayed the New York legislature to enact a subsidy of up to $10 billion for semiconductor producers. Micron is expected to pocket more than $5 billion—the largest corporate handout in state history. Federal subsidies will be added next year when the Chip Act starts dishing out goodies. The total subsidy per promised job exceeds $600,000 and could rise far higher.

Biden boasted that Micron’s investment in New York is “the largest investment of its kind…ever ever in history.” Because the plant will run solely on renewable energy, its production costs could be sharply higher than unsubsidized factories elsewhere in the world. Biden also boasted that the plant would be constructed solely by union members paid high wages dictated by the U.S. Labor Department. The federal and state mandates effectively guarantee that the new plant will be uncompetitive even before the first spade of dirt is overturned.

Biden bragged, “With Micron’s $100 billion investment alone, we’re going to increase America’s share of global memory chips and production by 500%.” Actually, it is unclear whether the Syracuse plant will even be built. The New York Times reported that Micron recently “reported a 20 percent drop in fourth-quarter revenue” and “slashed planned spending on factories and equipment by nearly 50 percent in the current fiscal year.” Fortune magazine noted that “demand for chips is collapsing just as Joe Biden signs bill” to boost U.S. production. The Philadelphia Semiconductor Index had declined by 35% from its high by the time the law was passed.

But Biden and Schumer, counting on the illiterates in the mainstream media, are still hailed as saviors regardless of the glut. Biden’s subsidies could help turn chip production in America into a cartel. Creating a surplus of chips could be ruinous for unsubsidized producers. The same pattern has repeated since the 1930s for federal agricultural subsidies that favored the largest farmers and helped drive small farmers out of business.

Corporate welfare has always been accompanied by blizzards of shaky statistics. Hochul claimed her handouts to Micron will generate more than 50,000 jobs in New York. But the governor’s office refused to disclose the private study from which that estimate was concocted. Politicians’ boasts about the job benefits of corporate subsidies are not covered by the Securities and Exchange Commission’s rules on fraudulent statements. A study by Reinvent Albany, a nonprofit organization, noted, “New York State spends roughly $5 billion every year subsidizing big businesses…There is overwhelming evidence that government subsidies to businesses are a very poor way to create good jobs and local economic growth.” The study noted that “the state’s oversight of the Excelsior jobs program—under which Micron will receive the tax breaks—is notoriously poor.”

Micron and other chip makers who pocket government subsidies could find themselves junior partners to political hacks and unions, who nowadays have more influence in Washington than private companies. Maybe future green legislators will require semiconductor subsidy recipients to rely solely on windmills to make chips. Commerce Secretary Gina Raimondo boasted that “there’s a lot of strings attached” in the Chip Act.

But I have to wonder: have any of these people whooping up the Chip Act ever stepped inside the headquarters of the U.S. Commerce Department? The Chip Act tacitly assumes that Commerce bureaucrats are the “best and brightest” and should rule the U.S. economy. I spent a lot of time haunting Commerce Department hallways in the late 1980s and 1990s when I was investigating U.S. trade laws. The Commerce employees I met were low-watt even by civil service standards. Many of them seemed as if they were born tired and chose to take eternal refuge on the federal payroll. Most evinced zero curiosity about anything except the date when they could retire with full pension.

Commerce bureaucrats have repeatedly ravaged high-tech industries by rotely applying formulas from harebrained laws that Congress passed. In 1986, Commerce fabricated absurd unfair trade charges against Japanese semiconductor exports. Those charges were used to browbeat Japan into signing a pact seeking to restrict world-wide semiconductor trade, a shady deal that was extended in 1991. That agreement politically impaled one of America’s most competitive industries. The Commerce Department decreed that imported semiconductor prices must rise by 200% at a time when domestic semiconductor producers could not satisfy domestic demand. That deal destroyed more than 10,000 jobs in companies using chips. In 1991, Commerce rubberstamped punitive taxes on the import of computer flat panel displays that devastated American computer makers. But as long as the trade restrictions made a few domestic companies happy, politicians reaped windfall profit campaign contributions.

Commerce employees had secure jobs regardless of how many private jobs they destroyed. When I asked those bureaucrats about the chaos their actions caused, they stared blankly as if I had asked them to reveal the surface temperature on the planet Venus.

Corporate subsidies are basically bribes to businesses that routinely spur corruption scandals. A decade ago, President Barack Obama visited New York and proclaimed, “Right now, some of the most advanced manufacturing work in America is being done right here in upstate New York. Cutting-edge businesses from all over the world are deciding to build here and hire here.” Gov. Andrew Cuomo appointed Alain Kaloyeros “to build a semiconductor corridor across upstate,” Politico noted. The promised bonanza never occurred. The program collapsed after Kaloyeros and three other officials were convicted for bid-rigging in 2018 and sent to federal prison. But that scandal vanished into the memory hole, clearing the way for a repeat Salvation Show in 2022.

Will the Chip Act spur kickbacks that result in prison sentences for some of the prime wheelers and dealers? Stay tuned.

Politicians don’t learn from mistakes committed with other people’s money. There is no reason to expect the Chip Act to be any less of a boondoggle than all the preceding boneheaded interventions. Letting politicians pick winners is the surest recipe for screwing consumers and every unsubsidized business.