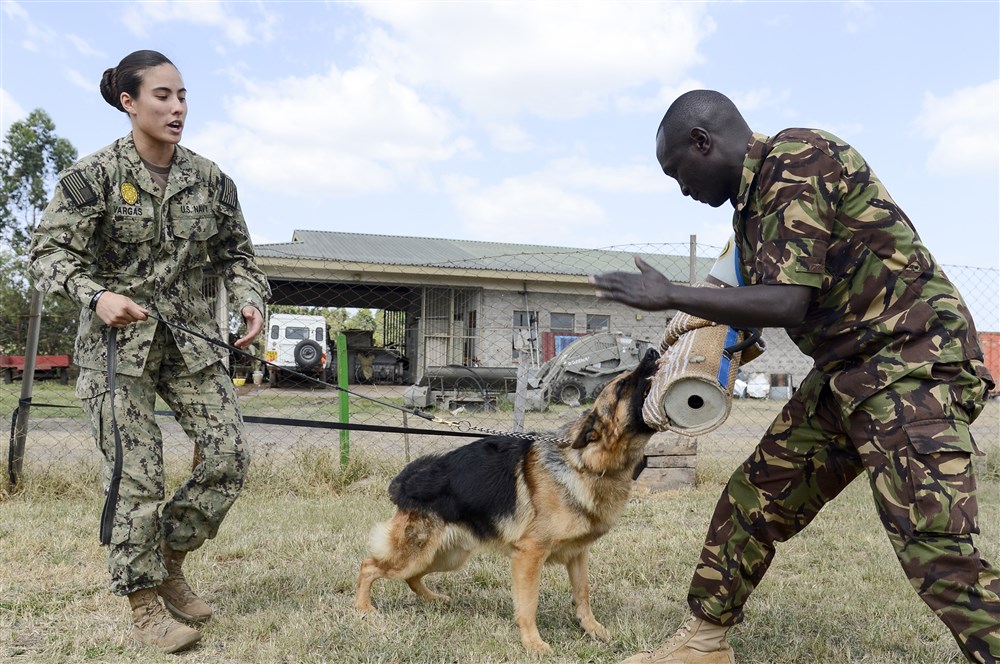 In a recent news story out of Southern Somalia, the Kenyan Defense Forces (KDF) have been accused of deliberately destroying mobile cellular communications towers in Southern Somalia.  The KDF, as part of the larger AMISOM security force contingent in Somalia, is responsible for “Sector 2” which encompasses southern Somalia from the Kenyan border and Lower and Middle Juba.  According to the Somali government and Somali-based telecom firm Hormud, KDF forces are targeting and destroying the towers in order to prevent al-Shabaab militants from communicating. Not surprising though, since they were trained to do such things…sort of.

For more than a decade US forces have been deployed to the Horn of Africa (HOA) to combat al-Shabaab.  Aside from US Special Operations forces directly supporting Somali military forces on the ground, most of the strategy is focused on “building partner capacity” throughout “the horn”.  In other words, the US military provides military equipment, training, and advising to the African troop contributing countries (TCCs) who comprise the AMISOM security force combating al-Shabaab in Somalia.  A component of the training these countries receive is a crash course in “Information Operations” (IO) including how to employ capabilities like public affairs, civil affairs, PSYOPs, and combat camera. Although IO is largely a non-kinetic capability the US employs to impact adversary decision making and to influence the ways target populations receive and act upon information, there are times when outright destruction of critical information links and nodes is necessary.  However, there are always second and third order affects that can occur that must be considered. This may have been a training session the KDF skipped or chose to ignore.

We should consider the second and third order effects of our role in the region as well as these tactics are the likely consequences of our IO “capacity building” activities.  AMISOM TTCs do not have any real sophisticated IO capabilities at their disposal. For example, US military electronic warfare (EW) “jamming” capabilities can disrupt cellular and two-way radio communications during ground combat operations.  There is no need to destroy the tower when all you want to do is impact its use in order to gain an advantage during the fight. AMISOM forces lack such sophisticated capabilities and likely default to simply destroying targets. However, the broader conceptual understanding of the physical and cognitive aspects of the information environment, and the impacts that can be made upon them, is all thanks to the training they’re receiving.

Ironically, US taxpayers are providing large sums of money which go to fund entities like USAID-OTI who work to implement pet-projects building cellular and radio towers throughout Southwestern Somalia to better reach and influence “target audiences” in that region.  They also work with local contractors and NGOs to develop influential “radio dramas” which are broadcast to influence young fighters to defect and for local communities to “bring back their sons” from al-Shabaab. So in one hand you have a stack of tax payer money going towards building the country’s infrastructure and in the other you have money going to train occupying armies on how to destroy such infrastructure.  Of course, and with both hands full of cash, Uncle Sam’s two hands don’t talk to each other. Such is the “strategy” for combating the al-Shabaab “terrorists”. Throw in about a dozen other regional countries doing similar things and you have yourself a perpetual self-licking ice cream cone. And sadly for Somalia, a never ending state of conflict, occupation, and foreign intervention.

Without the insight that my deployment and experience in the region provided me, the destruction of some cellular towers in Somalia would seem like a rather insignificant event.    However, it is important for Americans to understand the context of these events and the magnitude and scale of the counterproductive “strategy” being implemented in Africa and its poor return on investment.  After over a decade of fighting and millions of dollars spent, al-Shabaab’s areas of influence and control are relatively unchanged. What has changed is that AMISOM countries have been handsomely paid, equipped. and trained by the best militaries in the world.  And now they appear to be destroying key communication infrastructure…

Justin Long is a Captain and FA-30 Officer in the Maryland Army National Guard’s 110th Information Operations Battalion.  He served in East Africa, including Somalia, during his deployment in 2017 as an Information Operations officer supporting Combined Joint Task Force-Horn of Africa (CJTF-HOA).  The views and opinions provided in herein are his own and do not represent the Department of Defense (DoD), the US Army, or the Maryland Army National Guard.