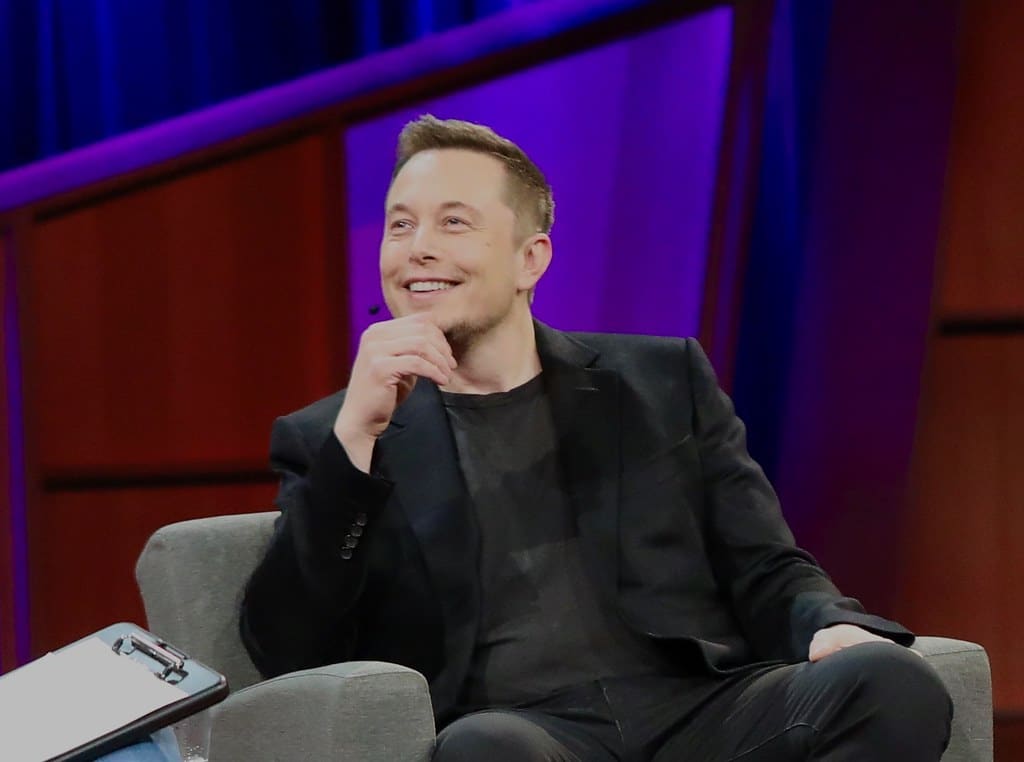 Elon Musk is a remarkable figure. We’re still waiting to see whether his purchase of Twitter will go through, and if the censorship and artificial suppression of the America First movement will stop under his management of the company.

I’m hopeful though; Musk appears to be giving more consideration to foreign policy, and with a businessman’s mind for efficiency is cutting through the media’s propaganda.

Last week he sent this tweet, asking his Twitter followers if they thought this would be an equitable solution to the Russia-Ukraine War. 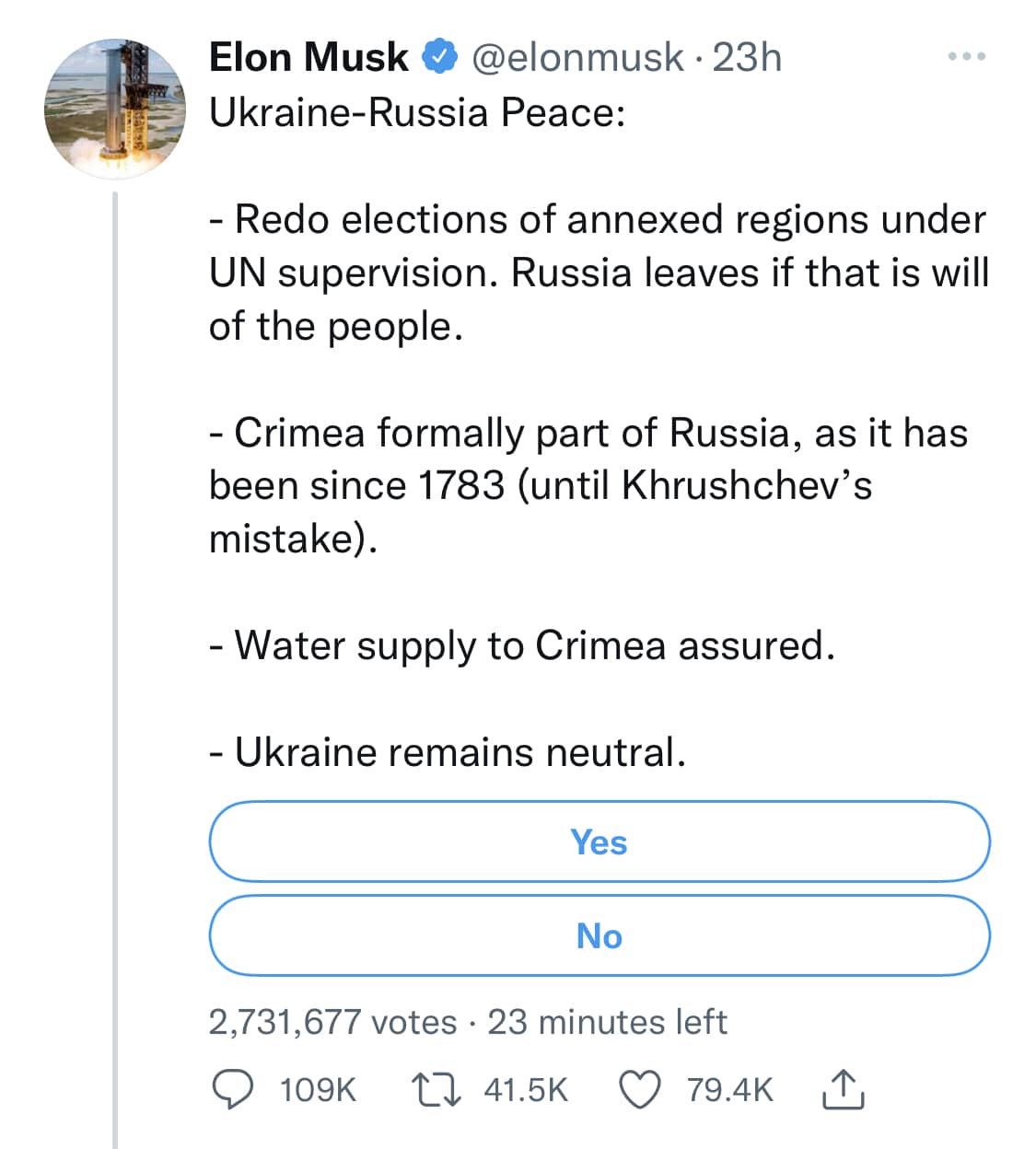 It gives priority to self-determination of local populations, and would place Ukraine as a permanently neutral power between Russia and the NATO alliance (similar to Austria during the Cold War).

2.75 million people responded, and whether through automated bots or too many people duped by DC, his proposal was rejected 59% to 41%.

Musk himself appeared confused by the results, and did a follow up poll simply asking whether the residents of Crimea and the Donbas ought to decide for themselves whether to be a part of Russia or Ukraine.

In reality, Musk’s proposal would be a reasonable, diplomatic settlement to end the war. And it almost did.

Even Fiona Hill, the State Department bureaucrat who worked to impeach President Trump, admitted as much.

According to multiple former senior U.S. officials we spoke with, in April 2022, Russian and Ukrainian negotiators appeared to have tentatively agreed on the outlines of a negotiated interim settlement: Russia would withdraw to its position on February 23, when it controlled part of the Donbas region and all of Crimea, and in exchange, Ukraine would promise not to seek NATO membership and instead receive security guarantees from a number of countries.

The same parameters that Elon Musk thought were so obvious! So why didn’t this terrible war end in April?

Because British Prime Minister Boris Johnson, since tossed out of office, arrived in Kiev with a message for Volodymyr Zelensky: the West isn’t ready to stop bleeding Russia, and all talks must cease.

But why? What possible motivation would the War Party have for extending the war in Ukraine?

I believe the answer lies in the wisdom of my hero, Idaho Senator William Borah. Speaking all the way back in 1934, Borah said “They were seeking a market for their instruments of murder and that market was war.”

Most of the money our government has “sent” to Eastern Europe in military aid is just getting funneled back into Northern Virginia, a perfect laundering scam to enrich the military-industrial complex.

And what has happened since April when that peace deal was rejected?

Tens of thousands of Russians and Ukrainians are dead, millions of Ukrainians are refugees, and just yesterday the Russian government launched a new strike on Ukraine’s infrastructure.

Ukraine holds less territory than it did six months ago, and Russia has claimed to annex more border regions.

And Vladimir Putin says the previously negotiated outlines are no longer acceptable in light of the new reality on the ground in Eastern Europe.

The War Party may have sabotaged the one chance for an early end to this war. But we can still prevent further American involvement, and stop its escalation before it turns nuclear.

There are a lot of people in the chattering classes demanding for more military assistance, more sanctions, and more threats who have never carried a weapon in their lives.

Speaking as someone who has worn the uniform of my country on a foreign battlefield, who has fought under the American flag, don’t let my brothers and sisters do the same in another conflict that isn’t worth their lives.

To become involved in the Defend the Guard movement and prohibit the deployment of your state’s National Guard units into unconstitutional wars visit DefendTheGuard.US

To help Bring Our Troops Home financially, become a member of our supporters group at TenSevenClub.com. All it takes is $10 a month to become a full member with all the benefits.

Join, and do your part as my organization and our team of veterans work to keep our nation out of World War III and bring our troops home.