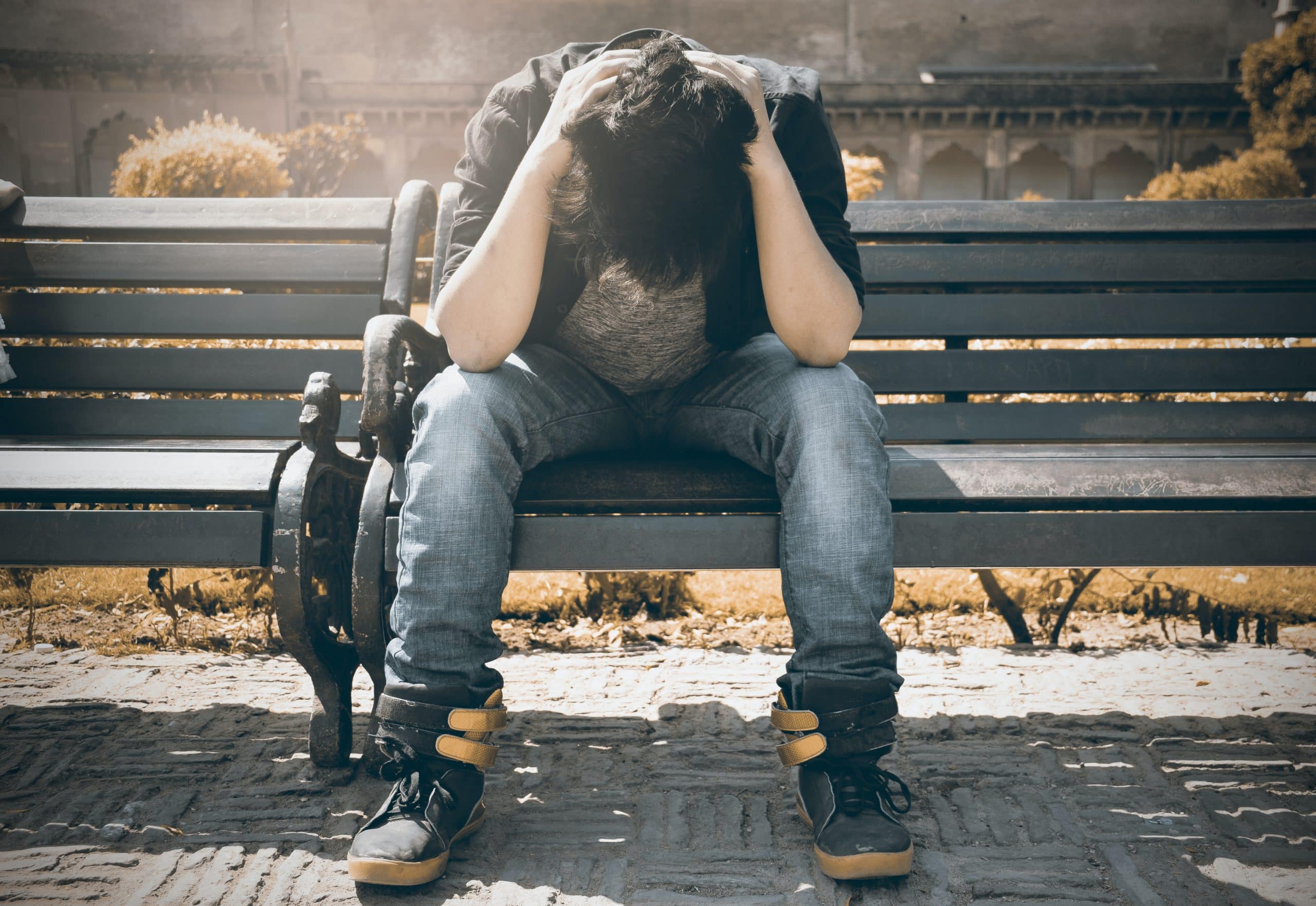 The COVID-19 cloud hanging over North American universities may contain a ray of sunlight. It may ease what is called “the boy problem” in education—a significantly reduced number of male students and of male achievement in colleges. As bleak as isolated learning may seem to some, it may be more male friendly than many campuses.

Critics denounce off-campus learning as a lesser service being offered at full price. Certainly, the college experience can be enhanced by direct interaction with professors, other students, and organizations. But a radical left ideology dominates the university system, and it is sustained by an army of administrators who implement policies of social control, from speech codes to sexual mores. This often leads to stifled opinions, preferential treatment of some classes of student, accusations of misconduct, speech police, campus hearings with no due process, and punishment with no appeal. There can be advantages to a stripped-down version of learning without the social justice and social control that turns the benefits of interaction into cruel dangers.

The ideological bent of those overseeing collegiate life is having the biggest impact on campus culture…I received a disconcerting email this year from a senior staff member in the Office of Diversity and Campus Engagement at Sarah Lawrence College, where I teach. The email was soliciting ideas…for a conference, open to all of us, titled “Our Liberation Summit.” The conference would touch on such progressive topics as liberation spaces on campus, Black Lives Matter and justice for women as well as for lesbian, gay, bisexual, transgender, queer, intersex, asexual and allied people.

The conservative professor objected to the political polarization of this campus conference and the power of the administrator. Those who reject any tax-funded conference can sympathize, not because of the politics involved but because of the taxes. The fact that “those overseeing collegiate life” push their own orthodoxy is insult added to injury.

The silver lining of at-home learning: students who attend class in pajamas have little occasion to encounter social justice warrior (SJW) bureaucrats. In on-campus life, they seem to be everywhere.

In 2017, Todd J. Zywicki and Christopher Koopman of George Mason University published a study entitled “The Changing of the Guard: The Political Economy of Administrative Bloat in American Higher Education.” They found,

Universities have increased spending, but very little of that increased spending has been related to classroom instruction; rather, it is being directed toward non-classroom costs. As a result, there has been a growth in academic bureaucracies, as universities focus on hiring employees to manage or administer people, programs, and regulations. Between 2001 and 2011, these sorts of hires have increased 50% faster than the number of classroom instructors. This trend…has become ubiquitous in…American higher education. (p.2). [Data draws on WSJ article “Deans List: Hiring Spree Fattens College Bureaucracy—And Tuition.”]

Focusing on a narrow field of administrators offers a glimpse of the harm these bureaucrats inflict. Consider the impact of one branch on one student population: Title IX on male students, who have been called “the new minority” at colleges. This is particularly true of males from low-income families.

Jim Shelley, the manager of the Men’s Resource Center at Lakeland Community College in Ohio, explains one reason why; campuses feel hostile to them. They feel that college is geared toward protecting and promoting females.

“Not only are there not programs like ours [on other campuses] that are supportive of male students, but at most college campuses the attitude is that men are the problem.…I’ve had male students tell me that their first week in college they were made to feel like potential rapists.”

A great deal of attention in the last decade has been directed to “the boy problem” in education. A few examples include:

Logically, administrators seem to be ideally placed to ensure that campuses are welcoming to and not hostile environments for males. In reality, they do the opposite. Just one example are sex specific scholarships that overwhelmingly favor female applicants—often prohibiting male ones—even though Title IX’s implementing regulation, 34 CFR 106, prohibits federally tax-supported scholarships that, “On the basis of sex, provide different amounts or types of such assistance, limit eligibility for such assistance which is of any particular type or source, apply different criteria, or otherwise discriminate.”

A broader overview reveals how badly administrators may be failing or actively harming male students. The overview involves taking universities at their word and examining the makeup of staff, such as Title IX administrators. A popular campus idea is that only another member of a specific gender or race understands the experience of that gender or race; only blacks understand the black experience, etc.

This argument is used to push for a so-called diversity of hiring that gives female students access to female counselors and mentors, for example. Again, this approach leads to preferential hiring based on gender or race—that is, quotas—which are anathema to any system of merit. Nevertheless, socially engineered quotas are normal at universities. If applied even handedly, this should result in a population of administrators that roughly mirrors the population of students. This seems especially important for Title IX administrators who are supposed to ensure non-discrimination based on sex.

What is the gender mix of the student populations? It varies from campus to campus, of course, but an October 2019 article entitled “The Degrees of Separation Between the Genders in College“ in the Washington Post renders a fair sense of it. The article states, “Fifty years ago, 58 percent of U.S. college students were men. Today, 56 percent are women, Education Department estimates show.” This is a commonly cited statistic.

One would expect Title IX administrators, therefore, to be half-female and half-male, or something roughly close to this ratio. A review of the websites of the largest public university in each state, however, reveals a huge gender gap in Title iX staff. In the 51 universities, there were 168 female staffers to 48 male, or 3.5 times more females.

If this gap resulted from free market factors, then it would be an interesting and harmless anomaly that probably reflects how employment preferences differ between the genders. No solution would be required because no problem would exist. But universities are socially engineered institutions. They receive Title IX funding and other federal benefits on the specific condition of non-discrimination. If blacks constituted 44 percent of a student body while 3.5 times more whites than blacks occupied highly paid positions of authority, there would be a cry of “racism!” No one cries out for male students.

Administrators will not give up their positions easily, simply because they are highly paid and bring status. According to the 2012-13 “Administrators in Higher Education Salary Survey” by the College and University Professional Association for Human Resources, the average annual salary of a “Chief Executive Officer of a System” in a two-year institution was $291,132; in a four-year institution, $370,470; in a doctoral context, $431,575. By contrast, a 2015-16 report from the American Association of University Professors (AAUP) found the average salary of a tenured professor at a public college was $78,762. Again, this is not a hard comparison, but it renders a good general sense of the scope of the problem and why the administrators will not easily cede their authority.

Ultimately, the solution is to privatize colleges and run them as businesses in which owners make decisions, usually according to market feedback. In the absence of this and the presence of tax-funding, however, it is blatantly wrong to privilege one class of human being and discriminate against another class in employment and opportunity. It is especially hypocritical to do so within a program that allegedly champions non-discrimination.

If the lockdown of universities loosens the death grip that anti-male administrators have on college campuses, then at least one benefit will come from it. If SJW social justice bureaucrats are shown to be irrelevant, perhaps cash-strapped universities will consider a return to academia and cease to be petri dishes of social experimentation.