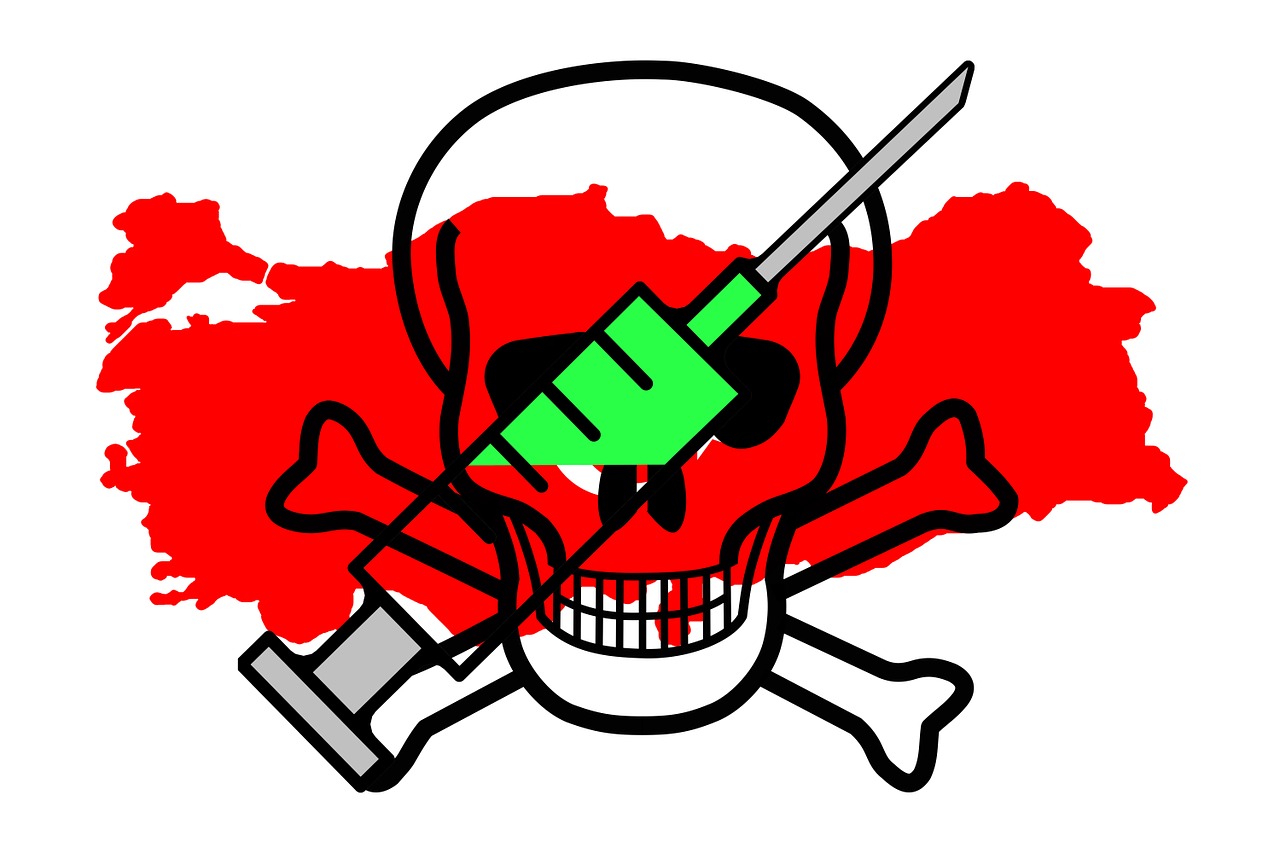 Asa’s story is the quintessential tale of rags to riches coupled with a class-defying love affair. A rural “savage” who’s left a wealthy estate by a distant family member, only to run up against envious schemers from polite society, Asa falls in love with a poor dairymaid and wins the day, the estate and the girl.

That was the plan on April 14th anyways, until Lincoln had a derringer explode at his head.  Our American Cousin ceased for the evening and the United States, still wracked by a national war, began whirling with inquiries into the murder of its president.

One apparent casualty of political jurisprudence and celerity was Mary Surratt.  Mary owned the inn that the assassin and co-conspirators frequented. This wasn’t a capital crime.  There was tenuous evidence of Mary being guilty of anything but a supporter of the southern cause, who loved her confederate soldier son and supported the confederate army with the means available to her.  The military tribunal, of all things, concluded that Mary allowed spies operating within a local network safe-haven in her boardinghouse, casting her amongst the other convicted conspirators to die.

The crime of quartering comrades and having a photograph of John Wilkes Booth, an apparent friend of her sons, was enough to hang her by her neck until she was dead.  With a steadfast, sober adherence to law and order, carrying out sentencing took less than three months. This included a personal rejection of clemency and writ of stay of execution by the newly-ascended president Johnson.  A presidency mired in conflict and a blood-drenched homeland ended with splattered upholstery and a highly spurious hanging; this death unaccounted for in the atrocious so-called civil war.

Interestingly, the federal government had decided July was enough deliberation for the hanging of Mrs. Surratt, but not enough time for shows to continue where Lincoln was shot. Three days after Mary stopped swinging, soldiers arrived at the Ford theatre by order of Secretary of War Edwin Stanton, whose apparent grief made him, “opposed to its ever being again used as a place of public amusement.”  The tenderhearted men of the administration couldn’t bear the thought of another laugh being loosed where Lincoln bled. If only such magnanimity were extended to those in the gnashing gallows.

Bureaucrats have a nasty tendency of doing just this, though; making special allowances for their own circumstances without extending the same to “their people.”  Presidents and their administrations have left red-streaked memories on the corridors of American history as the body of liberty is dragged behind them since practically their beginning. It’s this ‘classism’ above all else that makes capital punishment impracticable in American society.  How can we grant the state special permissions to kill, with their record of expedient desecration of supposedly sacred individual rights? As for fellow Christians, any opportunity to exercise restraint should be seized upon; our collective history from the gladius and bulls in Roman stadiums to recent pocket knives on Egyptian shores should be reminder enough the threat that authoritative strong-men can pose to believers.  Assuredly we shouldn’t be enthusiastically voting for the potential guillotine on our children’s necks.

It was another night in April where this conversation begins to come full-circle.  On April 19th, 1989, Trisha Meili was brutally raped and beaten, and 8 others were attacked around New York City.  The ensuing events are well-known to most, as 5 young black men were wrongly accused of the crimes. The spectacle arrested the attention of Manhattan and the U.S. at large as opposing sides of increasing racial tensions drew their respective battle plans up and began to execute.  Amidst the clamor for justice was real estate mogul Donald Trump’s full-page ads in four separate papers demanding, “BRING BACK THE DEATH PENALTY! BRING BACK THE POLICE!” Without reference to the now-dubbed Central Park Five, the message was plain nevertheless.

Trump’s view on the death penalty is curiously one of the few fast-held opinions of a man residing on seemingly every side of every issue.  At a 2015 New Hampshire police union event, Trump affirmed that, “One of the first things I’d do in terms of executive order if I win would be to sign a strong, strong statement that will go out to the country, out to the world, that anybody caught killing a policeman, policewoman, police officer, anybody killing a police officer: death penalty. It’s gonna happen. OK? We can’t let this go.” As a rare-found matter of fact, he means it.

Conventional wisdom is standard issue for ordinary-minded leaders – and their followers – despite party affiliation or supposed principles.  In that same spring of ’89, Trump parroted the oft-cited adage that murdering murderers makes murderers murder less. It’s basically science. Summating statements from then-NYC mayor Ed Koch on the Central Park jogger case, Trump voiced his protestations, “he has stated that hate and rancor should be removed from our hearts. I do not think so. I want to hate these muggers and murderers. They should be forced to suffer and, when they kill, should be executed for their crimes. They must serve as examples so that others will think long and hard before committing a crime or an act of violence. Yes, Mayor Koch, I want to hate these murderers and I always will. I am not looking to psychoanalyze them or understand them, I am looking to punish them. If the punishment is strong, the attacks on innocent people will stop.” Science.  Except the science says precisely the opposite.

One of the tangible problems with left-wing hysterics about Trump’s “blatant racism” or “Russia loving” is that they push a president already tenuously attached to principles far afield in the hopes of proving the media narrative negative.  Regarding Russia, he’s been far more politically boisterous and inflammatory than any president since the Cold War.  In regards to racism, he’s calling for summary killings of “hate crime” perpetrators to separate himself from the racist, hate-filled manifesto of the El Paso shooter, Pittsburgh and Charlottesville.

“Hate crimes” are probably reasonably well-intentioned legislative efforts to make race or religiously motivated crimes more severely punished, however, they offer an extensive range of additional crimes to the police and judicial systems tool kit for charging  various offenders.  Making hate crimes worthy of capital punishment will undoubtedly supply an endless drove of fodder for the state’s chambers.  The Justice Department has already stated they will be resuming federal capital punishment under the Trump administration just last month, there’s no reason to think Trump is just bandying about with calls for expanding the offenses worthy of death.

States have traditionally handled most capital crimes, and that’s bad enough; nearly 3,000 are currently on death row nationwide in state judicial systems.  There are currently around 60 inmates on federal death row, whose sentences will be enthusiastically carried out with this new presidential edict. Ceding capital punishment to D.C. do-gooders and their acolytes means an even greater potential for politicization of government killings, with a central body to push the proverbial plunger.

John Wilkes Booth crouched in wait for the hit line of Our American Cousin before he loosed his shot at Lincoln, knowing it always drew raucous laughter.  The terminology may be lost on contemporaries, with Asa crying, “Don’t know the manners of good society, eh? Well, I guess I know enough to turn you inside out, old gal — you sockdologizing old man-trap!” A sockdolager is an archaic way of saying a knock-out punch, a final blow.  For capital punishment, the indefensible shot that always finds its mark is simply this: considering the myriad examples in history of government regimes stuffing its people through the meat grinder, often within the letter of their respective laws, how can we guarantee we are not painting the next canvas of state-sanctioned mass murder in red, white, and blue? American’s have been plummeting from their lofty political principles declared long ago at near freefall speed. Let’s hope we don’t find ourselves face-up on the executioner’s sterile table, strapped at the limbs and staring at fluorescent floaters when we land.