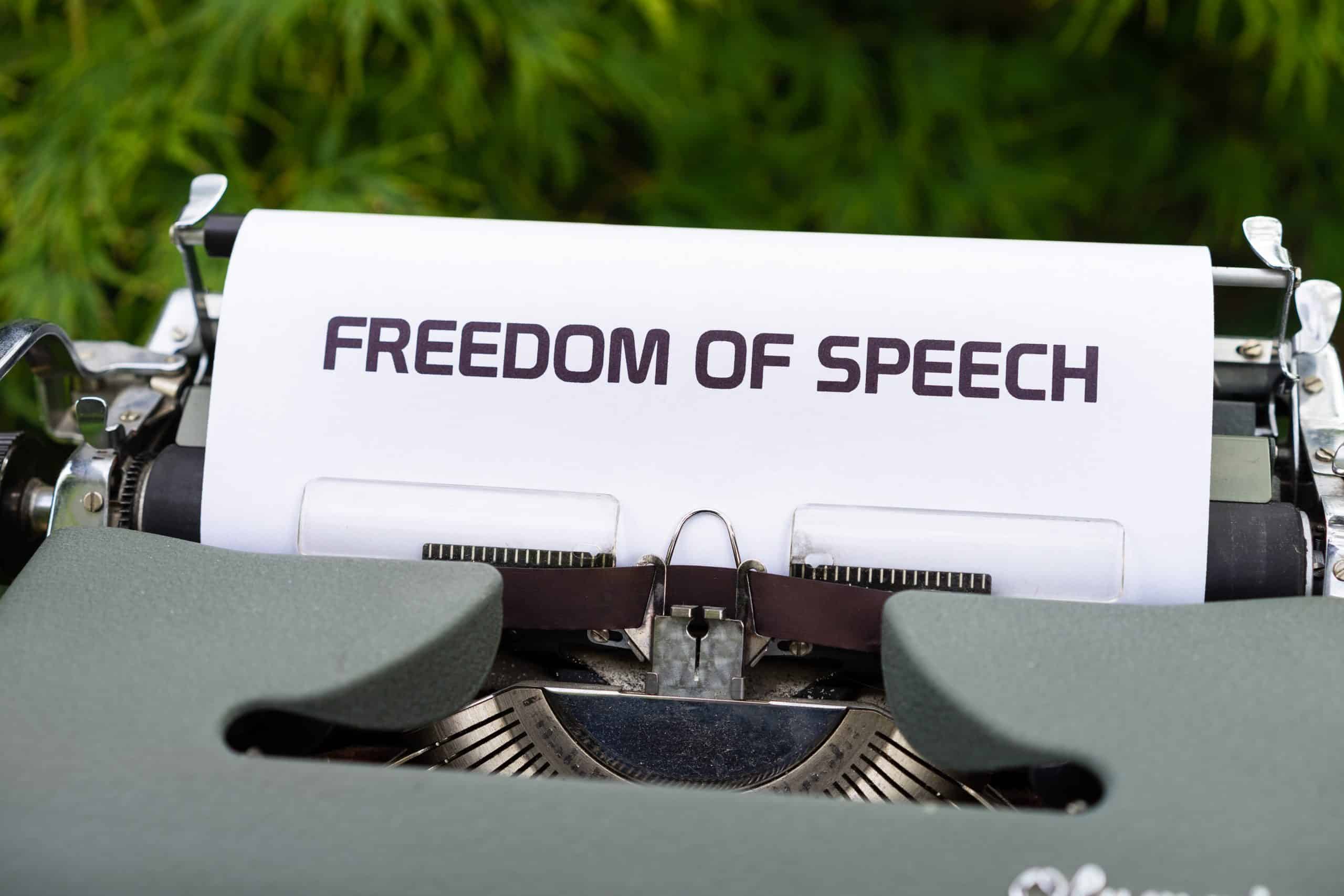 Humans are speakers. When we go to work, buy paintings, send birthday presents to friends, vote, and choose TV shows to watch at night, we don’t merely “do”—we say. We say what our preferences, ideals, and distastes are in the realms of commerce, art, love, and politics.

But sometimes we show the world who we are by not speaking. By deliberately refraining from saying the Pledge of Allegiance, for example, we convey either disinterest in or opposition to what the flag represents. Thus, if our constant speaking serves an important expressive function, then our regular not speaking serves an important expressive function as well. Some libertarians and anarchists argue that the latter serves such an important function as to render compelled speech unjustifiable in every conceivable case. But we need not adopt this absolutist position in order to doubt the justifiability of the heavy-handed approach to compelled speech that the Supreme Court, pursuant to its decision in PruneYard Shopping Center v. Robins (1980), has asked us to embrace.

The controversy in PruneYard erupted when a group of teenagers entered the PruneYard Shopping Center to circulate a petition concerning a United Nations resolution on Zionism. Enforcing the mall’s policy against circulating petitions, security guards kicked out the teenagers, who proceeded to argue in court that their right to circulate a petition at malls like PruneYard was enshrined in the California Constitution. In response, the shopping mall’s managers argued that they and other private property owners have a “First Amendment right not to be forced by the state” to use their “property as a forum for the speech” of members of the public.

The Court also argued that because the state was not requiring the shopping mall managers to host any particular group of speakers but was instead requiring them to host speakers generally, the state was not using the shopping mall managers to promote a particular point of view. Against that backdrop, the Court concluded, any compulsion to speak in this case was on balance justified.

Insofar as the Court, relying on its decision in PruneYard, would be prepared to deploy this reasoning in efforts to compel individuals (rather than corporations) to support speech with which those individuals would prefer not to associate, this reasoning is quite dangerous indeed. To see how, imagine that the leadership of some small town (say, Leith, North Dakota) declares, in the interest of “communal bonding,” that every town citizen must wear a tee shirt decorated by the citizen’s neighbors once a year. Surrounded by white supremacist neighbors, an anti-racist is thereby forced to wear a tee shirt adorned with swastikas on an annual basis. The anti-racist objects, arguing that it disgraces those who perished in the Holocaust for her to affix such an odious symbol to her person.

The Court, if guided by PruneYard, would presumably reject the anti-racist’s claim. For widespread knowledge of this annual “tee shirt decoration event” suggests that people will not conclude that the tee shirt’s anti-racist wearer actually supports Nazism. And, in any event, if the anti-racist is worried about the message that her tee shirt is conveying, she can always match her tee shirt with a hat that says, “I despise Nazism and am wearing this vile tee shirt only because I have a legal obligation to do so” (if she can fit all of that on one hat!). Moreover, the state is mandating, not that the anti-racist endorse any particular message, but “merely” that she serve as a walking forum for speech to be determined by private citizens.

If the Court’s reasoning here would serve as adequate consolation to the anti-racist, then perhaps PruneYard is convincingly argued after all. But there are reasons to suppose that the anti-racist would not be—and should not be—satisfied. In the first place, potential speakers can have good reason to desire not to speak even when those speakers know that others would not consider the speakers’ speech “sincere.” It is the reason that some actors refuse to use the most vile racial slurs on stage, for example, and the reason that most refuse to engage in intimate sexual acts for an audience. No matter what others would think, the would-be speakers themselves would feel that they are acting discordant with their values. By the same token, the anti-racist would feel, probably appropriately, that she is being untrue to herself by wearing a swastika tee shirt, even if nobody would assume that her wearing the shirt signifies a genuine commitment to Nazism.

Still, defenders of this hypothetical mandate—like the defenders of Rehnquist’s reasoning—might point out that the government itself would not be requiring the propagation of any particular message in this case and that, in practice, a multitude of views would probably make their way onto the anti-racist’s tee shirt. Perhaps this is right; even so, it hardly justifies the decree. Suppose instead that the law materializes during WWII amid the outbreak of hostilities between the Soviet Union and Germany. Even if just half of the anti-racist’s neighbors draw swastikas on the anti-racist’s shirt (and everyone else draws a hammer and sickle), the anti-racist can still rightly object to her being forced to display the swastika. And if the coerced individual is pacifistic or apolitical, she can rightly object to being forced to display either symbol.

On these grounds, one can and ought to condemn the Court’s justification for siding with the teenaged protesters in PruneYard. This is not to say that the outcome of the case was wrong; perhaps corporations, being creatures of the state, have more in common with the state than they do with citizens, and perhaps corporations’ speech interests, therefore, should not be treated as solicitously as the speech interests of humans should be. However, it is to say that, given the centrality of speech to our self-definitions, (1) the general perception that compelled speech is insincere, (2) the possibility of disclaiming compelled speech, and (3) the state’s non-requirement of a particular type of speech, are not adequate justifications for requiring people to promote messages against their will.