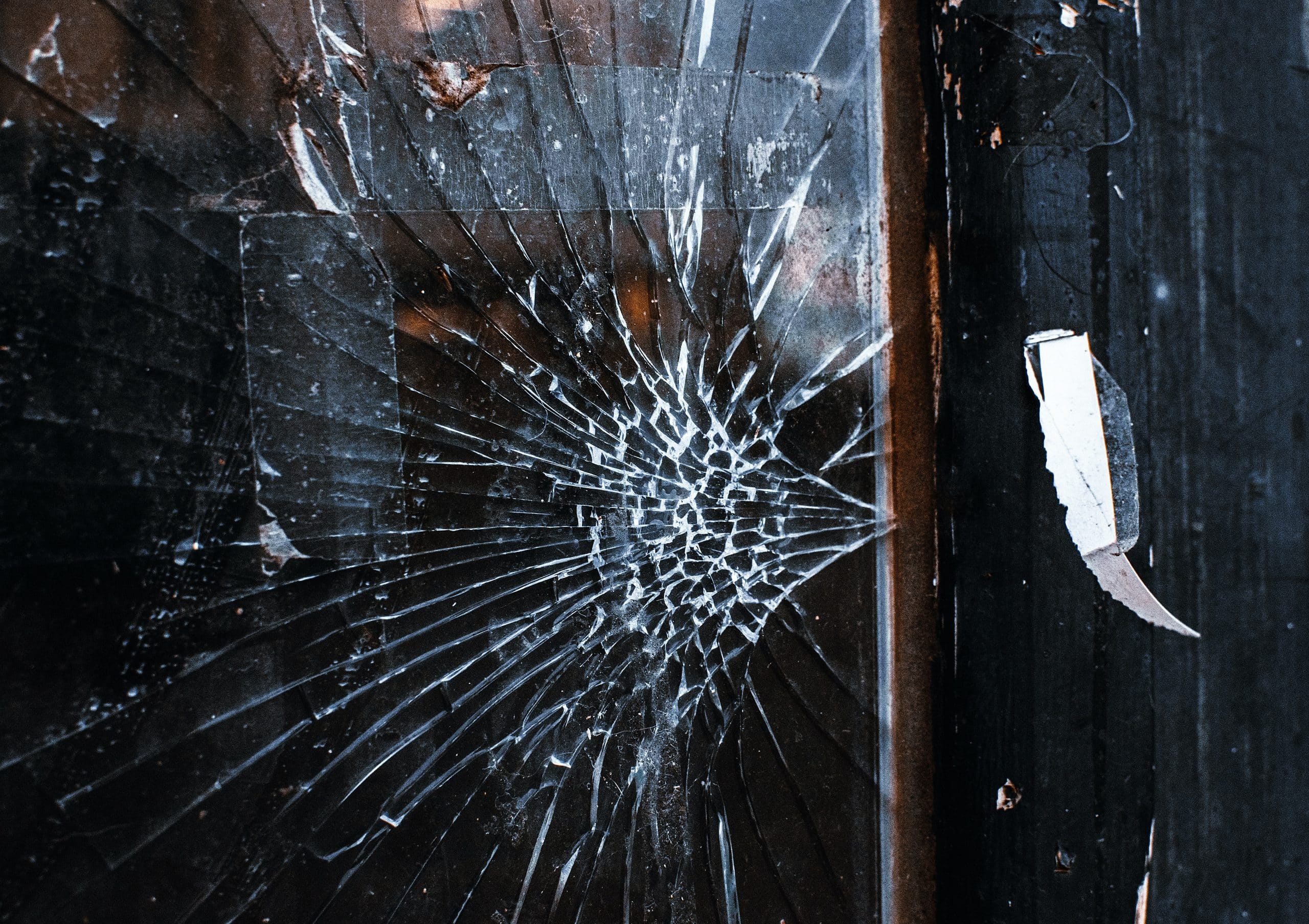 The political hysteria unleashed by last week’s clash at the Capitol between police and Trump protestors poses a growing danger to Americans’ constitutional rights. Senate Majority Leader Charles Schumer ludicrously compared the ruckus to Pearl Harbor—a “day of infamy.” Schumer complained that the “temple to democracy was desecrated…our offices vandalized” and that rioters were able to “stalk these hallowed halls.” Sen. Cory Booker (D-NJ) compared an incursion that broke some windows and furniture with the 1814 British invasion that torched the Capitol.

The pro-Trump mob should not have charged into the Capitol. President Donald Trump should not have fired them up with absurd claims that he won the election “by a landslide.” Even conservative firebrand Ann Coulter declared that “it was assholic [for Trump] to tell a crowd of thousands to march to the capitol.” Trump lawyer Rudolph Giuliani should never have called for a “trial by combat” when addressing Trump supporters. Once the protestors charged into the Capitol, Trump should have speedily called for an end to the confrontation.

Trump deserves much of the blame for the Capitol chaos. But the debacle would have been far less without blundering by congressional leadership and their small army of protectors. A Washington Post analysis of the “disastrous failure” by Capitol Police noted, “Security at the Capitol building is controlled by Congress itself.” The Capitol Police have an annual budget of almost half a billion dollars and two thousand officers – equal to the entire police forces of Cleveland or Atlanta. Video showed police standing back as people thronged inside the Capitol. The Post noted, “ One image posted on social media showed an officer taking a selfie with one of the intruders, and a video seemed to show officers opening the security fence to let Trump supporters closer.”

Politicians have been tripling the supposed threat they faced every 24 hours since last Wednesday. Rep. Alexandria Ocasio-Cortez (D-NY) said on Sunday, “We came close to half of the House nearly dying” from the attackers. The only person who was shot at the Capitol was a 35-year-old Air Force female veteran who was killed by a Capitol policeman. Fortunately, none of the protestors showed the homicidal intent akin to the Illinois man who shot four Republican congressmen in 2017 with a semi-automatic rifle at a softball field in Alexandria, Virginia. One policeman was killed when he was dragged into a mob and beaten, and a 34-year-old female Trump supporter was reportedly trampled to death in the clash between police and protestors. Another Trump supporter died of a heart attack and another protestor died of a stroke.

Rather than Pearl Harbor or a British invasion, last Wednesday’s ruckus was Lese Majeste, complete with a dude dressed like the Grand Poobah from Fred Flintstone cartoons. Many of the protestors looked like people who simply wanted to stomp their feet, shout, and take some selfies to show friends on social media what they did in Washington.

But politicians’ sense of impunity took a walloping as they received no deference on their home field. President-elect Biden said that the protestors’ action was “an assault on the citadel of liberty: the Capitol itself….An assault on the rule of law like few times we’ve ever seen it.” But rather than a “citadel of liberty,” the Capitol is the locale where politicians have negligently authorized endless assaults on the liberties of average Americans and the lives of uncounted victims around the world.

Contrast the violence that lawmakers suffered with the violence that their laws have inflicted. Most of the Trump protestors were less destructive than SWAT teams carrying out a no-knock raid—as happens thousands of times a year in American neighborhoods across the land. These attacks have been aided by a profusion of military-style equipment provided by Congress and federal agencies, as well as by the Justice Department constantly championing the legal prerogatives of law enforcement to use deadly force in almost any situation. An ACLU report characterized SWAT raids as “violent events: numerous (often 20 or more) officers armed with assault rifles and grenades approach a home, break down doors and windows (often causing property damage), and scream for the people inside to get on the floor (often pointing their guns at them).” Failure to instantly submit to SWAT raiders can be a capital offense. A New York Times investigation found that “at least 81 civilians and 13 law enforcement officers died in raids from 2010 through 2016. Scores of others were maimed or wounded.” The vast majority of members of Congress have ignored the perennial police carnage they helped bankroll around the nation.

Dozens of protestors have already been charged with “unlawful entry” for stepping foot onto the sacred ground of the Capitol. Some protestors said that they were not aware they were prohibited from entering the building. Prosecutors are rushing to charge private citizens with a crime for which federal agents are practically immune. In 1984, the Supreme Court entitled government agents to intrude onto private land without a search warrant as long as they did not venture into areas where individuals were involved in “intimate activities” (i.e., nudist camps). “No Trespassing” signs no longer applied to G-men. The same court decision unleashed government helicopters to buzz low over any private land they chose to investigate – no warrant needed. (Private helicopter operators who perform the same trick over federal buildings are entitled to front-page obituaries.)

President-elect Joe Biden condemned the protestors storming the Capitol who had deigned to “occupy offices” and were “rummaging through desks…it’s an insurrection.” A few congressional offices did have their filing cabinets opened and plundered. But where was the umbrage on Capitol Hill when the National Security Agency vacuumed up millions of Americans’ emails? Where was the outrage when Edward Snowden exposed NSA documents showing that the agency turns its surveillance dynamos on anyone “searching the web for suspicious stuff“? Thanks to lavish congressional appropriations, the NSA continues devouring Americans’ privacy.

Nor did the clashes last week compare to the violence that Congress has authorized by U.S. military forces, which are now engaged in combat in 14 nations. Most members of Congress could probably not even name half of the nations where U.S. troops are fighting. After four U.S. soldiers were killed in Niger in 2017, Sen. Lindsey Graham (R-SC) and Schumer admitted they did not know that a thousand U.S. troops were deployed to that African nation. Graham, a member of the Senate Armed Services Committee, admitted, “We don’t know exactly where we’re at in the world militarily and what we’re doing.” Washington Post columnist David Ignatius in 2017 proudly cited an estimate from a “knowledgeable official” that “CIA-backed fighters may have killed or wounded 100,000 Syrian soldiers and their allies over the past four years.” Syria has taken no hostile action against the U.S. but few members of Congress have taken any responsibility for the carnage inflicted by the Biden-Trump intervention in the Syrian Civil War. No evidence has surfaced thus far linking Syrians to any broken windows in the Capitol.

The protestors who swarmed the Capitol were far less disruptive than the blockades that the US government has imposed on Syria, Venezuela, Iran, and other nations. US Navy ships are ready to intercede even medical supplies to those nations whose governments have raised the ire of Washington policymakers. There have been no press reports so far indicating that protestors stopped congressional offices from getting resupplied with Perrier.

In the wake of the clashes at the Capitol, Democrats are calling for a sweeping new “domestic terrorism” law that could profoundly restrict Americans’ freedom of speech and association. Many politicians have called for charging the Trump protestors with sedition—as if a ragtag mob that bumbled into a federal building and often stayed within the velvet rope lines designating paths for visitors was a bona fide threat. Sedition quickly becomes the equivalent of political heresy, spurring prosecutions that turn into witch hunts. There are already more than enough criminal laws and the feds should concentrate on discovering and vigorously prosecuting the individuals who attacked police – not on the nonviolent Trump fans who peacefully left the Capitol after a brief occupation.

Shortly before the protestors forced their way into the Capitol, Mitch McConnell declared that American democracy could go into a “death spiral of democracy” if the 2020 election result was not accepted. McConnell warned that challenging the 2020 election would mean “every four years would be a scramble for power at any cost.” He also said that “self-government requires a shared commitment to the truth.” But the mob violence at the Capitol may signal that the death spiral is already here. Elections have already become a scramble for power at any cost and few politicians seem to give a damn about the truth. Rep. Tom Malinowski (D-NJ) condemned Wednesday’s protestors: “If you just feed this beast in an effort to appease it, it just gets stronger and bolder until it comes after the very people who are trying to appease it.” But it is possible to condemn both the protestors who rampaged in the Capitol and the career politicians whose perennial abuses have destroyed Americans’ faith in the federal government. It would be especially unwise to confuse last week’s buffoonery with a bona fide coup attempt—which could happen if Washington continues disdaining too many angry Americans.