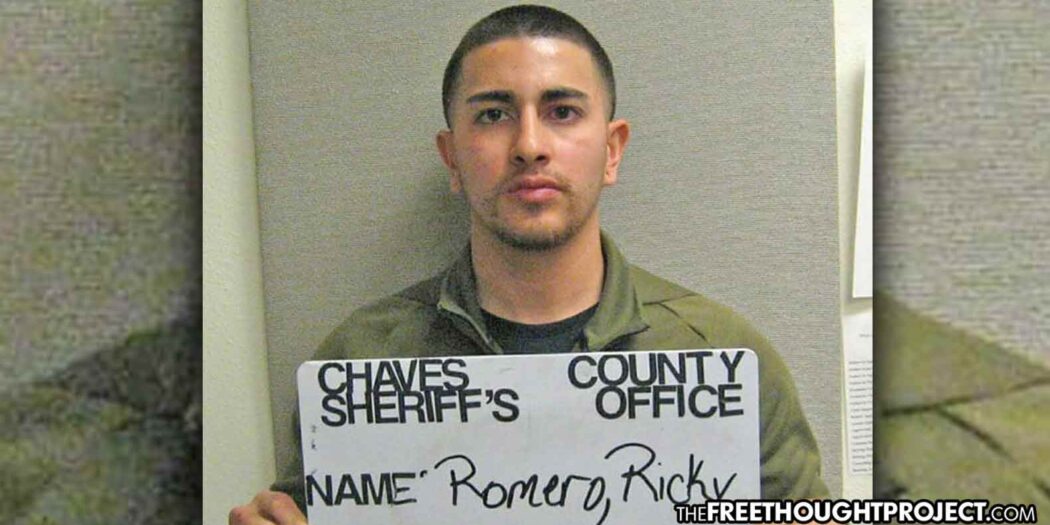 In August of 2020, former New Mexico State Police officer, Ricky Romero, was granted a plea deal after admitting to soliciting and receiving sexually explicit images from an underage girl on social media. Instead of jail time for this child predator, Romero’s badge granted him blue privilege and he was given probation.

Because he pleaded guilty before the trial, Romero was given an 18-month probation on each of the two counts he faced: child solicitation by electronic device, child 13-18; and contributing to the delinquency of a minor, according to court documents.

Despite the details of the case which were documented using text messages from Facebook messenger, involving a young child, Romero didn’t have to register as a sex offender and was simply allowed to go free on the premise that he wouldn’t do it again.

Like so many other child predators, Romero had multiple victims, another of whom was recently discovered while the officer was out on probation for his other crimes against children. As a result, Romero was once again arrested for preying on children.

According to the United States Attorney’s office for the District of New Mexico, Romero appeared in federal court on March 23 where he is charged with coercion and enticement of a minor and receiving child pornography — again.

According to the indictment and other court records, from March 4 to March 6, 2019, in Chaves County, New Mexico, Romero allegedly coerced a minor to produce child pornography and received videos and images of child pornography on his iPhone. Romero was a New Mexico State Police officer at the time the offenses were committed.

The DoJ states that if convicted, Romero faces a minimum of 10 years and up to life in prison.

If he is indeed guilty of these crimes, hopefully he is not given another sweetheart deal like he was in 2020. Unfortunately, however, if history is any indicator, it is not only possible but likely.

As we reported earlier this month, Brian O. Beck, 47, formerly of the Shelby County Sheriff’s Office in Tennessee was suspended without pay in June 2018 after allegations came to light that he repeatedly raped a 14-year-old child beginning in 2016 and lasting for over 20 months. He was subsequently charged with two counts of rape by force or coercion and two counts of sexual battery by an authority figure.

Beck would have been facing up to 90 years in prison had he been convicted of the four counts upon which he was initially indicted by the grand jury. Instead, he was allowed to plea down to a single misdemeanor assault charge and was sentenced to four years in prison, all of which were suspended — and he will not have to register as a sex offender.

And these cases are a dime a dozen.

Shomaker, 48, admitted to the abuse and pleaded guilty to second-degree sodomy, not once, but twice. On Dec 2 in Jefferson County, and on Nov. 22 in St. Louis County, Shomaker admitted to the crimes against this boy.

In Jefferson County, Shomaker was charged with first-degree statutory sodomy, an unclassified felony punishable by five years to life in prison, and in St. Louis County he was charged with two counts of sodomy. However, he was allowed to plea down to one count each of second-degree sodomy.

Despite these sentences, after the fact, Shomaker’s sentences were both suspended and this child rapist was given just 5 years probation.

Shomaker’s attorney called the lack of jail for the child rapist, “a fair outcome.”

Also, last September, TFTP reported on a similar travesty of justice when Benjamin Reinhart, a disgraced officer with Genesee County was “sentenced” as part of a plea deal, to just five years of probation. The Genesee Human Oppression Strike Team, or GHOST, caught the officer in April attempting to lure a child for sex. He was on duty at the time. He didn’t even have to register as a public sex offender.