Cop Convicted of Killing Unarmed Kid, But Will Remain on the Police Force

Cop Convicted of Killing Unarmed Kid, But Will Remain on the Police Force 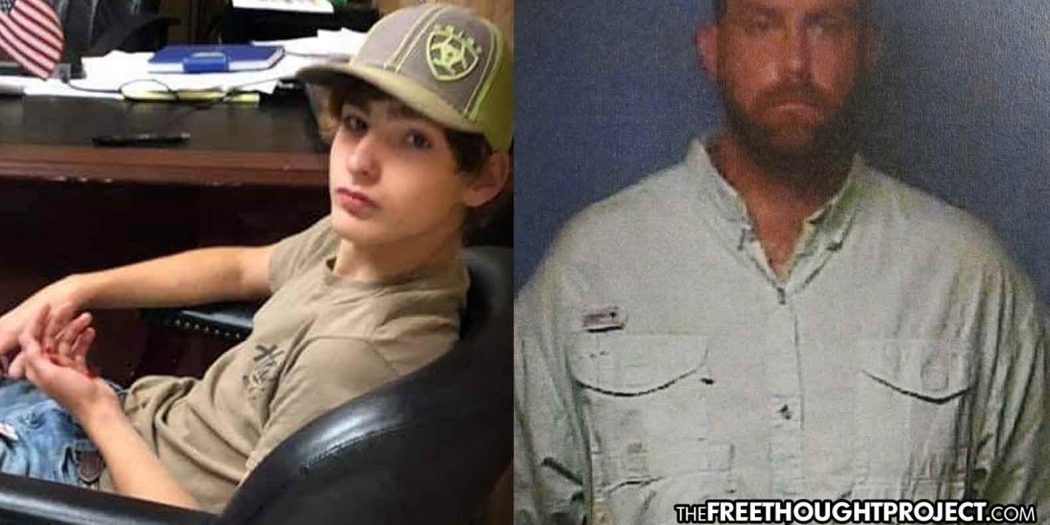 As we have been reporting since last year, the officer who shot and killed an innocent teen, 17-year-old Hunter Brittain, was given blue privilege since the start of this case. The former sergeant with the Lonoke County Sheriff’s Office, 31-year-old Michael Davis killed Brittain within a few moments of pulling him over. Family and friends have been fighting for justice for Hunter since that fateful day, and this week, they found out that it is not coming.

Davis was fired over the incident in July—not for murdering an unarmed teenage boy—but failing to film it when he did. In September, he was finally charged. Unfortunately, the charge was weak and has led to an even lesser charge—a misdemeanor—that will allow Davis to remain a cop.

On Tuesday, March 15, 2022, the trial for Michael Davis began. In November 2021, Davis pleaded not guilty to the felony manslaughter charge as the trial was moved to another area to avoid tainting the jury.

On Friday March 18, after the jury deliberated for just two hours, Davis was found guilty — but of a much lesser charge of negligent homicide. For killing an innocent child in cold blood, Davis was only sentenced one year in prison and pay a $1,000 fine. What’s more, his attorney Robert Newcomb filed an appeal immediately after sentencing and an appeal bond that allows Davis to return home without going directly to jail. Davis will be allowed to remain out of jail throughout the appeal process, which could take a couple of years.

“What the jury said is that a law enforcement officer in uniform committed a crime, and the jury has said that Hunter Brittain was unlawfully killed by Michael Davis. That’s what this jury says…that’s a strong finding,” prosecuting attorney Devon Jacob said after the verdict according to 5 News.

Adding insult to the incredibly light sentence is the fact that because Davis wasn’t charged with manslaughter, he will be able to maintain his police officer certification after serving his sentence.

“Now what’s going to happen? Are people gonna have to fear for their life again? Once he gets back, you know, he’ll go back to the force,” Brittain’s grandmother, Rebecca Payne said.

Given the facts of the case, it is indeed likely that Davis could do this again to another child.

The report from the Pulaski County coroner, as the Northwest Arkansas Democrat Gazette reported last year, said the initial 911 call came in at 3:08 a.m. on June 23 and Brittain was pronounced dead around 3:58 a.m. by an attending physician at Baptist Health Medical Center in North Little Rock—his death ruled a homicide.

The report said that Davis conducted a traffic stop when “the decedent” [Brittain] got out of the vehicle and “got something out of the back” before moving toward the sergeant, after which the sergeant fired his weapon.

That object Hunter grabbed from the truck was a jug to put under the tire to keep his truck from rolling.

Though the autopsy was not released, the coroner’s report negated any speculation as to whether Hunter was on drugs or alcohol and nothing was found in his system. His cause of death was listed as two bullet holes, one to his neck and one to his arm.

“This is the latest example of law enforcement shooting first and asking questions later,” a statement from the family’s attorneys said.

Though the authorities have lacked all transparency from the beginning, as we reported, Brittain’s friend, described a blatant act of murder—a testimony he repeated at Davis’ trial last week.

On the morning he was killed, Brittain and his friend Jordan King, 16, were working on his truck’s transmission so Brittain could drive to work later that morning. Brittain’s boss, Scott Hundley, who owns Hundley Construction, confirmed to KATV that he spoke with Brittain the night before to line up a ride to work if Brittain couldn’t get his truck fixed.

“I was checking with him on his truck,” Hundley said. “[He was] sending me pictures of his truck at the shop. He says he’s been working on this truck but he’s trying to make it.”

But thanks to Davis, Brittain would not make it to work the next morning. And, according to King, it’s because Davis murdered him.

King spoke to KATV off camera and detailed how the situation unfolded. He told reporters that he and Brittain had worked through the night to fix Brittain’s truck and after they finally got it running they took it on a test drive around 3:00 a.m.

According to King, while on their test drive, Davis pulled them over about a mile from the shop where Brittain was working on his truck. Davis claimed the smoke from Brittain’s vehicle was probable cause for the stop.

King said Davis pulled them over on Arkansas Highway 89 and within just a few minutes, Brittain would be killed.

As KATV reports, King said Brittain’s truck wouldn’t go into park, so Brittain got out to grab a blue oil jug to put behind his truck’s tires and stop it from hitting Davis’ car. According to King, Davis then fired without telling Brittain to stop or get on the ground.

“They didn’t say one word that I know of. I didn’t hear it and it happened so fast,” King said.

King said after other deputies showed up, he was then handcuffed and forced into the back of a police cruiser for hours as he watched his friend bleed out on the pavement in front of him.

“[He] told me get out with my hands up and pull my shirt up and stuff, and then took me to the ground, put me in handcuffs and was dragging me around and stuff,” King said. “And then I sat in the back of the cop car for about three hours.”

King said he told deputies that he had no idea why Davis killed Brittain as he had no weapon and wasn’t doing anything wrong. In a year, the cop who killed him will likely be a cop again.