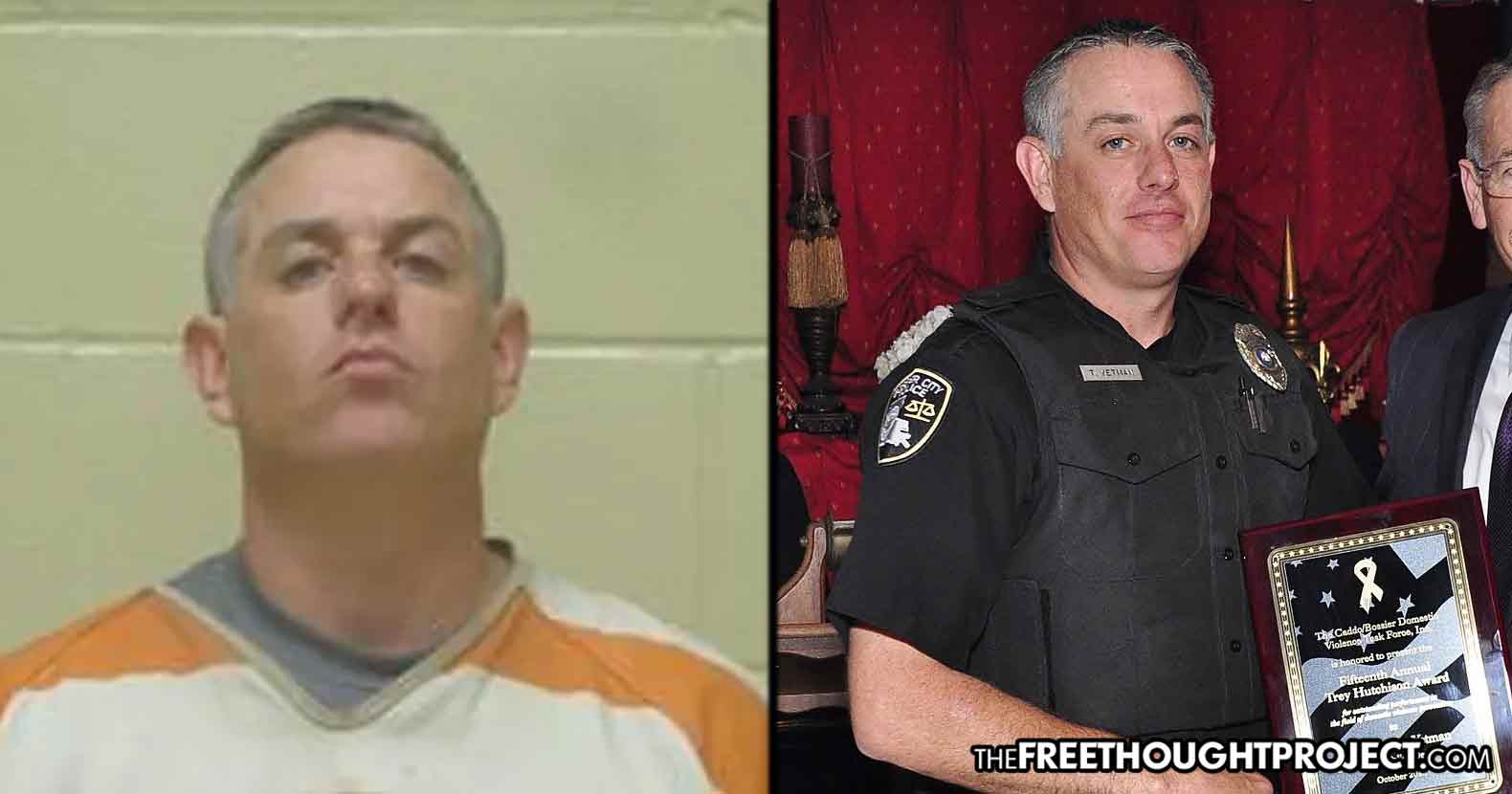 As TFTP previously reported, a police officer from the Bossier City Police Department was arrested in December 2018 for filming unspeakable acts with animals. Officer Terry Yetman, 38, was charged with multiple counts of sexual abuse of animals—producing the evidence himself—including filming sex with his own police K9. This decorated cop was also charged with 31 counts of child pornography several months later. Now, nearly 3 years after his initial arrest, Yetman has pleaded guilty.

TFTP learned at the time, Yetman, who had only been out on bail for two days for the 40 counts of animal abuse charges, was taken into custody once more and charged with 31 counts of possession of pornography involving juveniles.

In a plea deal, however, Yetman—despite facing over 70 charges—pleaded guilty to just one count of possession of child pornography and five counts of sexual abuse of an animal.

“The Louisiana State Police Special Victims Unit who was assisted by the Bossier City Marshal’s Office and Department of Homeland Security did an outstanding job on this case. They delivered a very strong case to our office and Assistant District Attorney, Allie Aiello Stahl, did an excellent job prosecuting this case,” District Attorney Schuyler Marvin said. “My office will do everything in our power to prosecute those who prey on children and animals.”

Yetman is scheduled for sentencing on Nov. 23, 2021. He faces a total of 45 years in prison and mandatory registration as a sex offender.

In Defense of Animals is a group who works to advance the cause of justice and show lawmakers the public is united against “senseless and horrific animal abuse,” and they held back no words when they decried this officer’s “horrific” abuse.

“A healthy society protects its innocents: vulnerable children, animals, elderly citizens. Sexual predators must be made to fear the loss of freedom and a stinging financial impact,” said Stanley.

As TFTP previously reported, Yetman was a decorated officer on the department’s Domestic Task Force. The task force was responsible for championing the rights of domestic violence victims and their families. Just before he was arrested, Yetman was awarded the the 2018 Trey Hutchison Award for his work on the force.

The image remains up on the Bossier Parish Sheriff’s Office Facebook page.

Sadly, however, it appears that Yetman led a double life and while he was “championing the rights of domestic violence victims,” he was initiating and filming his own violence and abuse at home.

Police officers sexually abusing animals—and even filming it—is not an isolated incident. Even more disturbing as well is the fact that, like Yetman, many of the officers who engage in sex with animals also abuse children. In fact, TFTP predicted this outcome with Yetman when he was arrested the first time.

As TFTP reported, Robert Melia Jr. was sworn to protect and serve, but a Burlington County jury found he abandoned that oath when he and his former girlfriend repeatedly molested teenagers in the home they shared in Moorestown.

The attacks, including a violent sexual assault on an incapacitated, bound and blindfolded teenager captured on video, took place just feet from where his Moorestown police uniform hung on his bedroom door. Melia and his girlfriend also filmed themselves having sex with a cow. They were both arrested and convicted for their acts.

Officer Derren Tomlinson, 44, with the West Mercia Police department was sentenced to 11 years in prison for unspeakable crimes against children and animals. The allegations against this well-respected police officer of nine years shocked the town.

This model public servant was convicted of raping a girl under 13-years-old, sexual assault on a child, and bestiality. When sentencing Tomlinson, Judge Robin Onions said he was “utterly unsuited to being a (police officer)” — an understatement, to say the least.

A Harris County Sheriff’s deputy, who was fired after the department found he’d produced and starred in a video where he was having sex with a dog, was sentenced to 27 years in prison. The cop, Andrew C. Sustaita Jr., 31, was not sentenced to prison for having sex with a dog. Instead, he was remanded to Texas’ penal system because he was found to have been in possession of child pornography.

As TFTP reported, Sustaita’s bestiality made national headlines but once investigators secured search warrants for his computer, some 200 videos and images of child pornography were discovered, some involving a family member’s daughter, made by Sustaita himself.