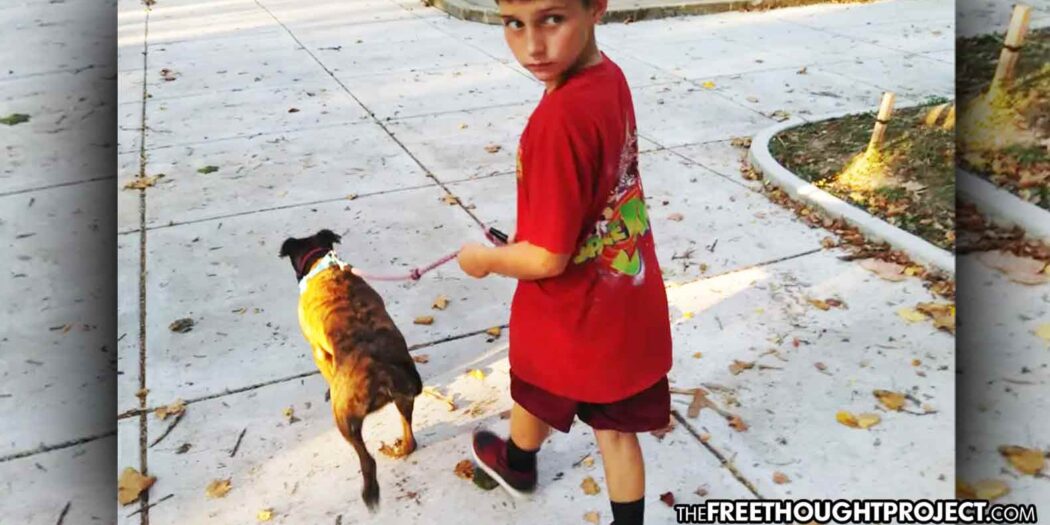 In March, a tragedy unfolded in Philadelphia after a 12-year-old boy was shot in the back and killed. The boy was running from several police officers when two of them opened fire. Police have since claimed that even though 12-year-old Thomas Siderio was running away, he was still a threat. Apparently that narrative is now changing, however, as the officer who fired the fatal shot was recommended for firing—and charged with murder on Monday.

On Monday, now-former officer Edsaul Mendoza was charged with first-degree murder, third-degree murder, voluntary manslaughter, and other charges in connection to the fatal shooting of Thomas.

Police admitted that Thomas was unarmed with Mendoza killed him. In a press conference on Monday, district attorney Larry Krasner admitted the gun found on the scene was over 40 feet away from Thomas when he was killed.

“The gun was sitting on the street, below the curb line, nearly 40 feet away. Thus, when officer Mendoza fired the third and fatal shot, he knew the 12-year-old, 5-foot tall, 111-pound Thomas Siderio no longer had a gun and no ability to harm him. But he fired a shot through his back, nonetheless, that killed him,” Krasner said.

Krasner also says Siderio was unarmed at the time of the last two shots @CBSPhilly pic.twitter.com/ljpuMevuGB

“I’m happy. That’s all I can say right now,” Thomas’s great-grandmother, Mary Siderio, said. “I’m so heartbroken, I can’t sleep. None of us can sleep. It’s horrible.”

As we reported at the time, the incident unfolded on March 1, as four plainclothes officers, in an unmarked car, saw the boy and another child standing on the street corner. The officers claimed that one of the children appeared to be holding a handgun.

According to police, as they activated their lights in the undercover vehicle, the officers heard gunfire and a bullet came through the back passenger side of the vehicle. The officers stopped the car at which point two of them exited and shot at Thomas, who they claimed was holding a gun.

Two officers fired at least one round at Thomas, missing him.

After the initial gunfire, Mendoza reportedly chased after Thomas as he fled. That officer fired two times with one of the bullets striking Thomas in his back. Police said the bullet exited out of his chest.

According to police, the bullet fired into their cruiser, shattered the glass which injured one of the officers inside. That officer was taken to the hospital and treated for the glass in his eye.

Thomas, however, was not so lucky. After he was shot in the back by police, he was taken to a nearby hospital where he was pronounced dead.

After the 12-year-old was killed, police were clear to point out that just because he was running away, does not mean he wasn’t a threat. But they had to know at the time that the gun was nowhere near Thomas when he was killed, meaning this statement was less than accurate at best and a lie at worst.

Naish told reporters that the fact Thomas was running away “doesn’t mean that he wasn’t continuing to be a threat to the officers.”

It’s “unbelievable that [Outlaw] would refuse to provide factual evidence to the press about the details of the shooting that she has in her current possession, and then speculate egregiously as to whether or not my client had a gun in his hands, let alone fired one,” said the family’s lawyer, J. Connor Corcoran at the time of the shooting.

That 17-year-old boy who was with Thomas that night was detained for questioning before being released without charges.

Thomas was a seventh-grader at Sharswood Elementary School, who neighbors described as having a turbulent childhood but “always tried to put a smile on everybody’s face.”

As for Mendoza, he turned himself in on Monday and is currently being held without bail.