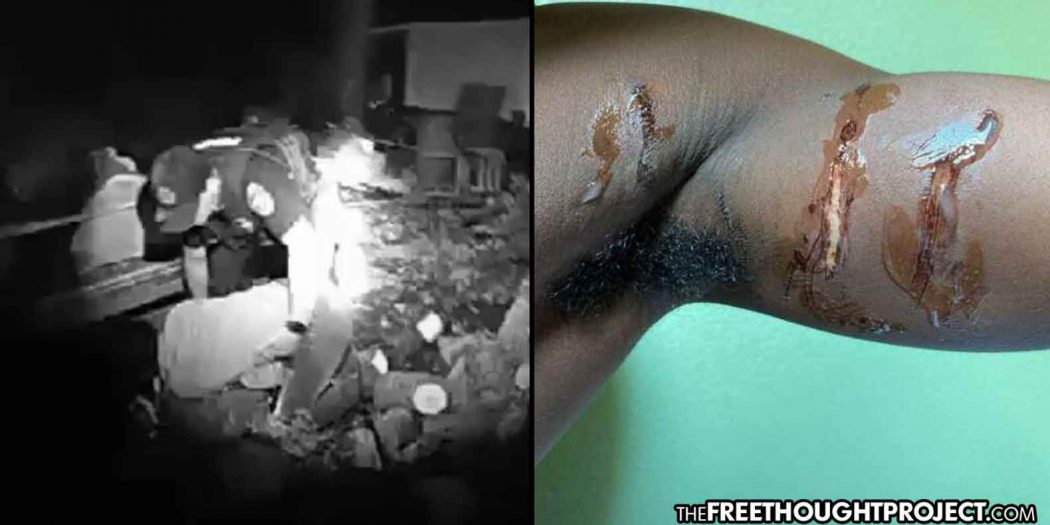 The Cedar Rapids police department was slapped with a lawsuit this week by the mother of a 13-year-old boy who was mauled by a police K-9 as he slept in the backyard. According to the lawsuit, the boy was wrongly accused of being involved in a car theft when he was attacked by the K-9 and arrested “simply by virtue of his race and appearance.”

The attack unfolded on August 12, 2020 and was captured on police body camera. The boy’s mother, Tonya Marie Adams filed an open records request in November to get the video and it was released this week.

According to the Cedar Rapids Gazette, the lawsuit asserts excessive force was used by officers involved in the arrest, as well as K-9 officer Nathan Trimble and his canine partner; that there was negligence in police canine training, and racial discrimination that amounted to reckless disregard for the rights and safety of others, including 13-year-old A.H., as he is identified in the suit.

According to police, they were pursuing a suspect in a stolen vehicle investigation who may have been armed. The suspect was eventually captured, however, as they searched for him, officers came upon the boy.

Brad Kaspar, an attorney for Adams, explained how the boy was set to sleep at a friend’s house that night but due to a mix-up in communication the friend wasn’t home, so he fell asleep waiting for him in the back yard.

While sleeping in the backyard, the boy was shaken out of his slumber by the teeth of a police K-9 named Ace, handled by officer Nathan Trimble. The dog latched onto the boy’s arm and began shredding his flesh.

Not knowing what was going on, the boy freaked out and began screaming. Despite police clearly seeing that the boy was unarmed and posed no threat, the dog was not immediately pulled from his arm. Instead, it continued to tear into his shoulder and upper arm.

“I moved up my leash to gain positive control of Ace’s harness,” Trimble said in the report. “With the footing it was extremely difficult to maintain balance on as the logs were all around and I fell down several times. I did verify that the subject had nothing in his hands. I grabbed ahold of Ace’s collar and removed him.”

According to the lawsuit, the boy was then told he was under arrest for car theft and firearms charges after the officers falsely accused him of taking part in the burglary.

The boy’s injuries were so bad that he wasn’t immediately brought to jail. Instead, he was brought to the hospital and as doctor’s worked on his arm, police finally realized he was innocent and had nothing to do with the alleged car theft. He was then released to his mother without charges.

According to the Gazette, the lawsuit states the police dog handled by Trimble has in at least one previous incident attacked a citizen “without provocation or command.” In this case, Trimble failed to adequately control the police dog as it “sporadically darted throughout the neighborhood,” the suit asserts.

The lawsuit states the boy was treated by the police in this manner, assumed guilty, and mauled by the police dog because of his race and appearance. According to the lawsuit, police didn’t look for any evidence at all before allowing the dog to maul the boy, detaining and arresting him.

The family is seeking an unspecified amount for physical and emotional injuries and damages inflicted on the boy by the Cedar Rapids police department and their K-9.

Once again, the police apologists—who constantly parrot the line of ‘don’t do anything wrong and you have nothing to worry about’—are proven wrong. This is no isolated incident either. Just last month, TFTP reported on the case of Joel Domingo Alejo, who, like the boy in the incident above, was asleep on his own property when police forced their K-9 to maul him. Predictably, none of the officers were held accountable.