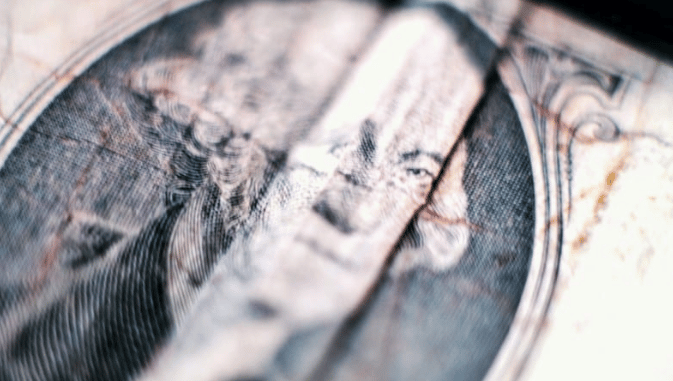 Cash has been the target of the banking and financial elites for years. Now, the coronavirus pandemic is being used to frighten the masses into accepting a cashless society. That would mean the death of what’s left of our free society.

CBS News, CNN, and other mainstream outlets are fearmongering again. Alarmism is nothing new in the media world, but this time, it’s not about triggering panic buying or even pushing a political agenda.

The war on cash is about imposing a new meta-narrative. As economist Joseph Salerno explains, the cashless society forces all payments to be made through the financial system. It doesn’t end with monopoly control over transactions, though.

Being bound to computers for transactions kicks the door wide open to hardcore surveillance of personal activity and location data. Being eternally on the grid means relentless taxation and negative interest rates, which the Federal Reserve is already gearing up for.

None of this bothers the well-heeled boosters of a cashless society or their lackeys in the media. They want Americans reading about the threat of coronavirus cooties on their cash, which is absurd.

Germs, of course, can loiter all over credit and debit cards, smartphones, ATMs, and every other cash alternative device. Too bad implanted microchip technology isn’t further along, the banksters must be thinking.

In another CNN article, readers are practically shamed for withdrawing cash to save during a crisis. Every sentence, every word, every letter of the article is nuts.

It begins by reassuring the reader that their bank account is insured by the Federal Deposit Insurance Corporation (FDIC). There’s no mention of moral hazard from CNN. The fact that the federal government guarantees every bank account up to $250,000 encourages reckless financial and banking behavior. Not worth mentioning, CNN?

Prior to the end of World War II, there were $500, $1,000, and $10,000 bills in wide circulation. This cash was dissolved by the Federal Reserve in the name of fighting organized crime. This same argument is now being made against $50 and $100 bills by Harvard economics professor Kenneth Rogoff.

In the Wall Street Journal, Rogoff also wrote that a cashless society would offer such benefits as “greater flexibility for the Federal Reserve to stimulate the economy when necessary.”

“The Federal Reserve should be able to implement negative nominal interest rates vastly more effectively in the absence of large bills, which could prove quite important as a stimulative tool in the next financial crisis.”

Prophetic. And indeed, negative interest rates would require the assistance of outlawing cash, so that banking customers don’t cheat by simply drawing out on their accounts.

Pardon the pun, but it’s absolutely sick how COVID-19 is being used now as a launching pad for this cashless agenda. There’s nothing to fear about using cash during this time of social distancing.

Wash your hands after handling cash, but don’t give up your moolah. Preserve your health, your privacy, and your liberty.

Reprinted from The Advocates for Self-Government.