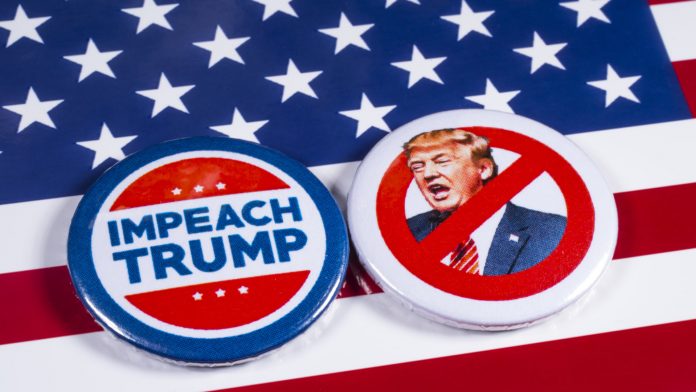 Weeks of impeachment hearings have produced a few sound bites and hundreds of headlines claiming “bombshell” testimony has doomed Trump. As Ukrainegate follows the pattern of Russiagate, anyone who reads beyond the headline recognizes that every alleged bombshell is actually a dud. The impeachment drive is again proving the mainstream media, blinded by #NeverTrump passions, will repeat just about any deep state lie. The most unfortunate element of the media’s careless coverage of Trump is there are real scandals getting neglected.

The most obvious example of this phenomenon is the war in Yemen. Throughout the Trump presidency, the US has committed – and enabled Saudi Arabia to commit – countless war crimes. Within days of taking office, Trump had ordered a raid in a Yemeni village that killed an 8-year-old American girl. Since, Saudi has used US-made bombs to destroy hospitals, farms, and even a school bus full of children. Despite the cruelty of the Saudis, Trump has continued to support Saudi’s war with essential intelligence, logistical support, and weapons. With US assistance, Saudi has dropped enough bombs on Yemen to set the country back at least two decades.

The targeting of water treatment facilities has led to several massive cholera outbreaks, killing thousands, but the war hasn’t been limited to bombs. The US has supported a blockade causing over half a million Yemeni children to be on the brink of starvation. Save the Children estimates that more than 100,000 children have died because of the conflict. The blockade and targeting of civilian food infrastructure are so efficient in depriving Yemenis that the war is accurately described as a food war against the population.

The War in Yemen is a nightmare for Yemenis but is also counter to the security interest of Americans. US weapons provided to the UAE – a Saudi partner in the war – have fallen into the hands of al-Qaeda affiliates in Yemen, AQAP. The Houthi – the group Saudi Arabia fighting the war against – are long-standing enemies of AQAP. The consequence of supporting the Saudi war in Yemen is well summarized by Middle East expert Michael Horton as, “much of what the US is doing in Yemen is aiding AQAP.”

The war in Yemen is so appalling, that even Congress stepped up and invoked their Constitutional war powers to end the US involvement in the war. Trump then vetoed the war powers resolution and ignored the Constitutional mandate that a president needs a declaration of war before starting it. Of course, the Trump – and his predecessor – had no authorization to wage the genocidal war.

If the mainstream media was really looking for some bombshells to bring Trump down, Yemen is literally littered with them. However, stories about Yemen rarely make the news and are never a part of the conversation about Trump’s crimes.

Unlike the corporate press, the Libertarian Institute will never ignore the children killed by American bombs in favor of parroting the deep state narrative. Scott Horton, Sheldon Richman, and Pete Quinones create a platform that allows for real, accurate criticisms of Trump and the American Empire. In the three years I have been producing content for the site, I have been able to post over 1,000 Daily New Roundups, articles, and podcast episodes highlighting the worst crimes of the US government. In my posts and podcasts, I’ve provided thorough coverage of Trump’s wars in Afghanistan, Iraq, Syria, Yemen, Libya, and Somalia, as well as the worst crimes committed by our government at home: police murder, the drug war, and the theft of our money by the IRS.

The American Empire is growing: swallowing our freedoms, trillions of dollars, and millions of lives. We must fight against the expanding state. The Libertarian Institute plays an important role in exposing the empire and spreading the ideas of liberty that wouldn’t be possible without you.