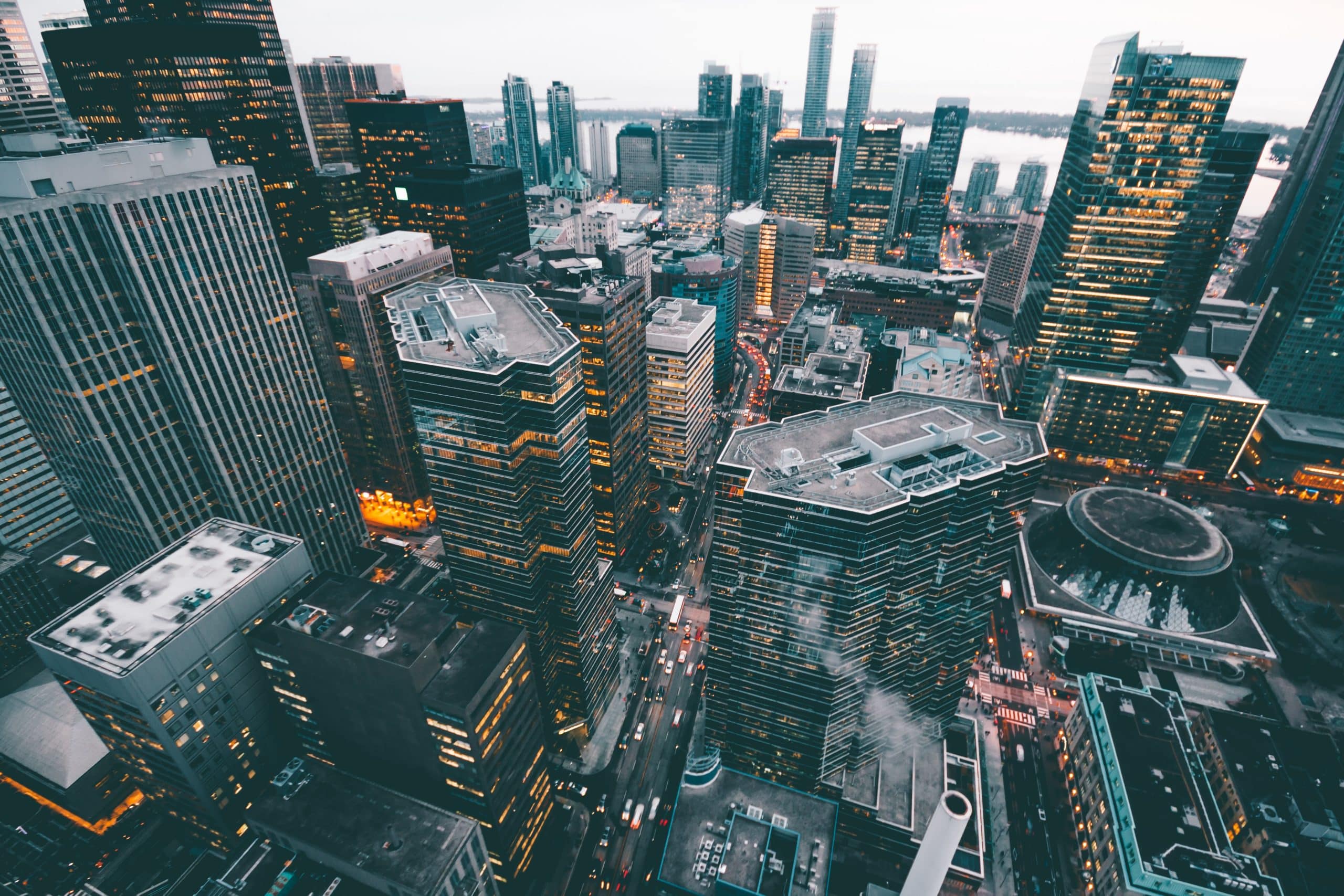 One of the major consequences of the recent COVID-19 pandemic is the toll it has taken on the economy, specifically urban economies. Cities have seen particular devastation, as the pandemic exacerbates pre-existing issues and creates new ones. If cities do not take action to reverse the effects of the pandemic we could see the death of the trend of urbanization that has defined the last century, as they become an undesirable location for people to take residency. So what is the approach cities can take to reverse such a trend? To answer that we must take the time to analyze the socio-economic conditions facing cities and reach a free-market solution.

While the pandemic has fundamentally changed the conditions in which cities can operate, it is not the only issue urban economies have faced in recent years. While worldwide we have seen a trend of urbanization, with 68% of the world’s population expected to live in urban areas by 2050, recently in the U.S. we have seen an exodus of people from urban communities into smaller metros suburbs. This trend has been exacerbated to new heights by the pandemic, as growth in suburban areas is twice as populous as urban ones. What this means for those areas is that they will see a shortage in available labor, meaning many demands of consumers will go unmet. This is especially troubling since urban areas often demand high amounts of labor in construction, service, and shipping firms. New York is the perfect example of this, as 79% of construction contractors have trouble finding skilled labor. This makes the problem of those exiting urban environments a cyclical one, as the shortage of laborers will raise prices on consumer goods and services, such as housing, food, healthcare, etc, which is the main motivation for the exodus in the first place.

As mentioned before, the pandemic is a negative externality that has added fuel to the fire on pre-existing problems facing urban communities. The exodus of people from these communities is only one factor of the many problems that stand in the way of recovery during this pandemic. Even with the exodus, American cities remain immensely dense, which is bad for deterring infections and deaths from the disease. In studying infections throughout the country, spikes in cases have mostly been brought about by the dense populations of urban communities which make it difficult to practice social distancing and to effectively care for COVID patients. The exodus from cities has helped alleviate the problem more than lockdown policies but is not an end all be all solution to the problem. Even absent the pandemic, the density of most urban areas, coupled with the fact just enough people are leaving to create labor shortages but not put a strong dent in the density, creates a shortage in the labor supply, raising the cost of certain goods. One notable example during the pandemic is healthcare. It has been a point of concern for the economy at large for decades now, as demand rises for healthcare, but the actual supply of healthcare workers in urban communities is decreasing. These workers are either allocated to rural areas with a short supply or leave the cities due to the cost of living or out of fear of the pandemic.

New York is a particular sufferer of the problems urban economies face. New York City is one of the world’s densest populations and is particularly suffering both from COVID cases and an exodus from the city dating back to 2018. This has compounded onto a previously seen exodus from New York and NYC in particular. New York City—and the rest of New York’s urban communities for that matter—like most urban communities in the U.S. may have the advantage of greater job opportunities but often fall short of meeting the demand for laborers with the supply, due to the unique costs that exist for urban communities. One such cost all cities face, but of which New York cities are particularly guilty, are longer commute times, which lead to larger commute costs. This is also not to mention that cities have been facing a homelessness crisis brought on by the lack of affordable housing. This problem is brought about by previous concerns such as a lack of laborers, specifically in construction which has raised housing costs, despite the demand for housing decreasing.

For urban communities specifically, it seems the root of the economic downturn is the exodus of human capital out of cities and into other areas. This is most troubling when considering one of the primary ways economic growth occurs in cities is the increasing of human capital. Increases in human capital will increase the growth level without directly increasing the growth rate. It sees an increase in productivity and the skills of a city’s labor population, diversifying the economy. Many New York firms have been feeling the brunt of this, as New York state as a whole has been seeing more people leave it than any other state in the country. This would make the economic effects on the state far more potent than most others.

The obvious conclusion from such analysis shows that the way to stimulate and revitalize New York state’s urban economy is to bring back the human capital it has lost. The policies to do so can be determined by analyzing the reasons for the flight of capital in the first place. As mentioned before, most of the exodus can be blamed on rising costs of living, which as explained previously has become a cyclical problem. This means that to recapture the human capital of urban communities the cycle must be broken by decreasing the cost of living, specifically in housing costs. While the state has already made attempts to create affordable housing through rent controls and price mandates, reports have found these have been ineffective at actually creating affordable housing and have even increased housing costs. This means different policies must be found for solving the problem at hand, as previous policies have been a failure at even deterring the issue.

So what are the policies that can be a real and permanent solution? To answer this we must examine the role state and local governments play in creating or alleviating costs of living. One obvious policy to examine is tax law. Local governments’ use of sales and property tax are obvious ways that the government is to blame for increasing costs on consumers and residents. Just looking at states people are exiting from and going to. The states being left have some of the highest property taxes in the nation, while the state’s people are moving to have some of the lowest, such as Tennessee and New Mexico. This alone may be just a correlation but shows a trend nonetheless. Expanding on this trend, even looking in New York state itself, besides the obvious exodus from urban communities to suburban ones established earlier, the trend of population growth in New York is towards lower-taxed counties. Saratoga county, which is now the fastest-growing county in New York, with all of the Capital region being the second-fastest-growing region in the state, has far lower property and sales taxes than those more urban counties losing their population. This is also true of most of the other counties in the Capital Region.

This would make a strong case that lower property taxes are the answer to increasing human capital in urban areas. But this is obviously not the only factor in the cost of living increases. The decrease in the supply of laborers means the cost of goods will increase, as it means to supply for such goods is decreased. With construction especially seeing this capital flight, this can help explain the increase in housing costs, as less housing is being supplied. In actuality lowering property taxes with the supply of housing obstructed can produce results opposite of the goal. This is because the low property taxes can actually fail to constrain prices of rent and housing due to the obstructions to the actual building of houses. While the capital flight is one major reason, the local and state governments also engage in this obstruction due to different regulations that limit the number and type of housing units in a particular area. These regulations have been shown to have substantial effects on housing markets, including the decrease of construction, raising of housing prices, and a reduction in the elasticity of the housing supply.

This shows clearly that, as of now, local governments are serving as an impediment to New York’s urban economy’s recovery and stimulation. It is responsible for the flight of human capital in its taxation and regulation of the housing market. This would mean having human capital return to urban centers, it is incumbent on local governments to decrease the burden on laborer’s cost of living. The most efficient policy for doing so is to decrease housing regulation significantly and to lower property and sales taxes. This will keep and attract new laborers, specifically in construction, which will increase the supply of housing. The need for such policy is even more relevant now than ever, as urban communities lose more and more residents to the suburbs amidst the pandemic, further exacerbating the problem of capital flight responsible for the economic downturn in the state of New York.

Peyton Gouzien is a student at the University at Albany majoring in Political Science with a Concentration in Law and Institutions and a Minor in Law and Philosophy. He has been published at the Ludwig von Mises Institute and 71 Republic and is a former State Chair at Young Americans for Liberty.