Originally written in 2021, this article was later published in The Voluntaryist Handbook

With rare exception, war has been fought by the poor and powerless on behalf of the wealthy and powerful. No war in my lifetime has broken this pattern. Young men go overseas under false pretenses, wrapped in the United States flag to propagate a message which the flag does not represent. Far too many return covered in that very flag.

I’ve witnessed firsthand the mental toll taken upon those who realize the atrocities they committed, only when it was too late. Hands trembling, crippled with guilt, reaching for whatever substance might soothe their moral aches. Left uncared-for and unhealed, all too often they replace that substance eventually with a revolver. My opposition to future wars, at its heart, lies in the devastation the state has wrought both upon the soldiers who were destroyed internally by these acts of aggression and upon the million-plus external victims left in their overseas-wake.

Today, having learned none of the lessons the War on Terror made plain, it has been turned inward.

A new invisible enemy has arisen, morphing from an amorphous “extremist religious terrorism” into a respiratory virus and then back into a
new label of “biological terrorism.” No liberty is left unmolested when war is afoot and these wars are eternal, intentionally so. The apparatuses foolishly allowed for and established under the War on Terror — namely the NSA, DHS, TSA, plus a newly enriched FBI — are now ramping up to be wielded against those who demand that their bodily autonomy and medical privacy be respected.

Libertarians, the peaceful live-and-let-live, just-leave-me-alone types, have been added to the list of potential homegrown domestic terrorism threats, according to the former director of the CIA, no less. We all know what this label entails: endless war, endless persecution and prosecution without due process, that no rights will be respected, and that if you demand that they be so, your life will be very much in jeopardy. There now exists a fascistic alliance of employer-mandated vaccine compliance, in which millions are now left with the brutal choice of either injecting — under duress — a substance for which long-term side effects cannot be known, or being de facto excommunicated from society for fear of a virus which was in all likelihood created with tax money stolen from these very victims.

War has been declared on the American people by the very government which, at least on paper, had sworn to protect them.

Is it really a surprise that as the government gets bigger and bigger and bigger, everything in life becomes more and more hyper-political?
When you think about it, right, there are such profound differences that people have… you will have right now in this audience… a Christian sitting next to an atheist, the most profound difference in belief: one person believes that the person next to them is going to burn in a pit of Hell forever, and that atheist looks over at you and believes you are delusional.
But you’re fine. Like, you’re not going to war, because it’s separated from politics. Now if tomorrow there was going to be a vote over whether the government is Christian or atheist, those people start going to war, because they’re warring over… who rules over you, and so, the problem with all of this, with comedy and with everything else online — it’s not that we have differences; it’s that we have political differences.
Politics is poison, and that’s why you want to reduce the size of government… 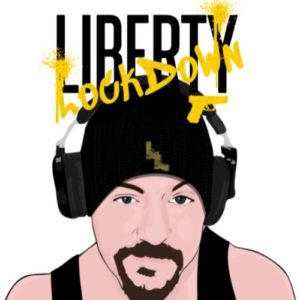 Clint Russell is the host of the Liberty Lockdown podcast, a podcast for those that demand freedom. His work can be found at Libertylockdownpodcast.com