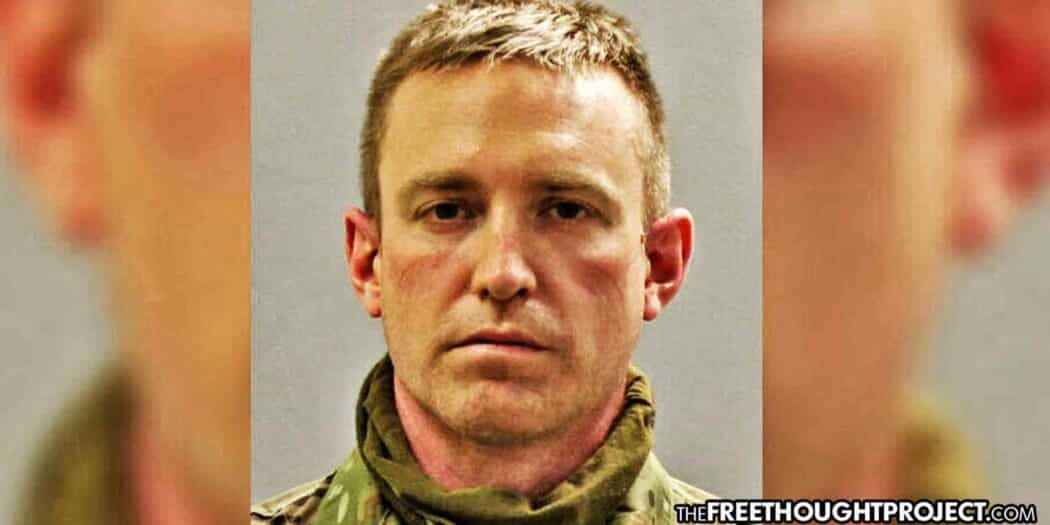 When residents of Rockville, Maryland saw Daniel Morozewicz, 38, patrol their neighborhoods, they likely felt protected. But they were not. Morozewicz is a child predator of the worst kind and has since admitted to running a horrifying child sexual abuse material distribution ring.

Morozewicz was working at his position in the National Guard where he was distributing COVID-19 vaccines at Six Flags in Bowie when feds raided the clinic and arrested him in March 2021.

This week, Morozewicz pleaded guilty to possessing and distributing over 12,000 files of child pornography. The guilty plea was announced by United States Attorney for the District of Maryland Erek L. Barron.

According to his guilty plea, from September 2020 to January 2021, while employed as a Rockville Police Officer and an Army National Guardsman, Morozewicz received, possessed, and distributed child pornography on the BitTorrent file sharing network. Morozewicz also used multiple electronic devices to download and distribute child pornography involving prepubescent minors and infants.

During that time, Morozewicz repeatedly distributed child pornography to undercover law enforcement officers.  On at least four instances in 2020, investigators determined that the devices associated with Morozewicz’s IP address downloaded and shared child pornographic files on the BitTorrent, including massive compressed files of images and videos.

According to the DoJ much of this material involved horrifying images of infant sexual abuse as well as toddlers:

Multiple electronic devices were seized in connection the warrants executed at Morozewicz’s residence and in his vehicle.  A forensic examination of Morozewicz’s devices revealed that he possessed over 12,300 depictions of child pornography and erotica, including over 200 depicts involving the sexual abuse of infants and toddlers, and over 90 child pornographic images involving sado-masochistic conduct.

The type of person who desires to abuse toddlers and babies should not be loose in society much less possess a badge but for years this monster was out their patrolling the streets.  In June of 2016, Morozewicz was honored with the department’s officer achievement award for his exemplary service. No word on whether or not the Rockville police will be retracting it.

Morozewicz now faces a maximum sentence of 20 years in prison followed by up to lifetime of supervised release. Hopefully this monster receives every bit of it when he is sentenced in September.

As TFTP has reported, a study exposed the startling fact that police officers are arrested about 1,100 times a year, or roughly three officers charged every day. Many of these arrests are over unspeakable sex crimes.

“Police crimes are not uncommon,” the study’s lead researcher Philip M. Stinson concluded. “Our data directly contradicts some of the prevailing assumptions and the proposition that only a small group of rotten apples perpetrate the vast majority of police crime.” Although nearly 60 percent of the crimes “occurred when the officer was technically off-duty,” Stinson wrote, “a significant portion of these so-called off-duty crimes also lies within the context of police work and the perpetrator’s role as a police officer, including instances where off-duty officers flash a badge, an official weapon, or otherwise use their power, authority, and the respect afforded to them as a means to commit crime.”

According to a report from WaPo, in cases involving allegations of sexual abuse, 72 percent of the officers were fired, and more than 80 percent resulted in convictions, the study found. There were 422 reported cases of forcible and statutory rape, 352 cases of forcible fondling and 94 sodomy cases over the seven years of the study, which Stinson called “larger than expected based on the existing research.” The data search turned up 174 examples of male officers arrested in cases of “Driving While Female,” in which women drivers were harassed or assaulted. About 82 percent of those cases ended in convictions.

A separate study as reported by the AP in 2015 found similarly shocking numbers.

The probe revealed that 550 officers were decertified for various sexual assaults, including rape. Some were dismissed for sodomy or sexual shakedowns, where victims were forced to perform sexual acts to avoid arrest.

A further 440 officers lost their jobs for other sex-related offenses, such as possessing child pornography, being a peeping Tom, sending sexually charged messages to underage teens or having sex while on duty.

About one-third of the officers lost their jobs for committing sexual offenses against children. Even more shocking is the fact that every one of these studies indicates that most of the cases go unreported because the victims are scared to report the officers to their own departments.