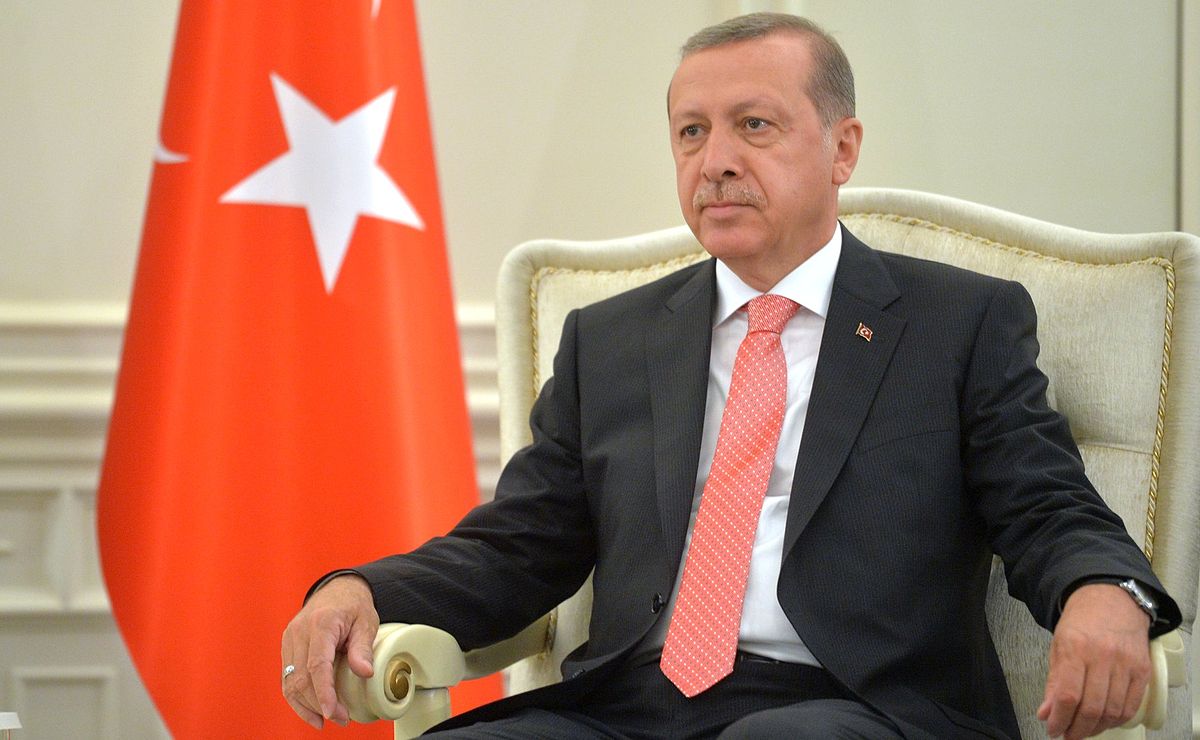 On July 28, the U.S. Treasury Department, vowing to keep pursuing accountability for perpetrators of human rights violations in the country, imposed sanctions on the Turkish-backed Ahrar Al-Sharqia, a faction in the Syrian Civil war, that committed the outrageous murder of Kurdish female politician Hevrin Khalaf in 2019. The decision, made at the insistence of the Biden administration which can hardly be considered friendly towards Turkey, has made Ankara worry for the fate of its allies in northwestern Syria.
Realizing a potential threat of further sanctions, Ankara was quick to take what can be called preventive measures. After the secret visit of Turkey’s defense minister to the Syrian border city of Azaz, five armed groups of the SNA (formerly the Free Syrian Army) announced on September 9 their full merger, forming a new faction named the Syrian Front for Liberation. It includes the Sultan Suleiman Shah Division, Hamza Division, Al-Muatassim Brigade, Suqur Al-Shimal Brigade and 20th Division.
This series of mergers continued when the SNA joint operations room Azm claimed that six groups, namely Sultan Murad, North Brigades, 9th Division, Muntasser Brigade, 112 Brigade, and Sham Revolutionnaries, agreed on their complete unification under the name Movement of Revolutionaries. The official statement that was released on the establishment of this new movement read that their true aim was to reduce the number of groups operating as part of the Azm coalition.
Nevertheless, it’s worth noting that in both cases armed factions emphasized that they broke away from their past names, flags, and emblems in an obvious attempt to cover their own traces and escape justice in a new military formation which hasn’t spoiled its reputation yet.
Many experts believe that the situation on the ground will remain as it was even after the groups transformed and rebranded. The armed factions will apparently act in the same way and under the command of the same leaders who are responsible for atrocities against civilian populations. Except they’ll be committed under new names.
Such attempts by Ankara to save its proxy forces in Syria can undermine the efforts of the international community to effectively investigate war crimes and bring perpetrators to justice.
Even Salem Al-Meslet, the president of the National Coalition for Syrian Revolutionary and Opposition Forces, surprisingly confirmed how effective the impact of sanctioning Ahrar Al-Sahrqia was to help rein in the lawless pro-Kurdish groups. And this is despite the fact that this body was designed to support the Free Syrian Army (currently the SNA).
In fact, Turkey had and has something to be worried about. Ahrar Al-Sharqia constitutes one in the long list of Turkish-affiliated Syrian factions accused of extrajudicial killings, kidnappings, torture of civilians, seizure of private property, robberies, and destruction of archeological sites.
Human rights organizations report that the list includes most of the armed groups active in northwest Syria, including Hamza, Sultan Suleiman Shah, Sultan Murad Divisions, etc.
The United Nations Commission of Inquiry on Syria documented a myriad of violations committed by the SNA factions towards national minorities such as Kurds, Yazidis, Armenians, and others living in Turkish-controlled areas of Syria.
Syrian armed groups are also blamed for a huge number of enforced disappearances of women. According to Missing Afrin Women Project, more than 150 women and girls were kidnapped at the hands of the SNA fighters in Afrin alone since 2018.
It’s no secret that Turkey aims to finally join all opposition forces together, including jihadist organisations like the Hay’at Tahrir Al-Sham in Idlib province, under the aegis of its controlled SNA. With this aim, Turkish leadership will trying hard to hide loyal criminals and bandits behind the SNA and clear their reputation, using any and all means, particularly disinformation campaigns. (It was on the second anniversary of Hevrin Khalaf’s killing.) Pro-opposition accounts and media outlets published false information about U.S. plans to lift sanctions from Ahrar Al-Sharqia over the lack of evidence.
Although Ankara positions its politics towards Syria as supportive of freedom and the revolution’s true opposition, such maneuvers have nothing to do with the goals it announced.
In turn, Europe and the United States should account in their diplomacy towards Syria that the murderous opposition forces are therefore doomed to failure and have no chance of survival in a long run.