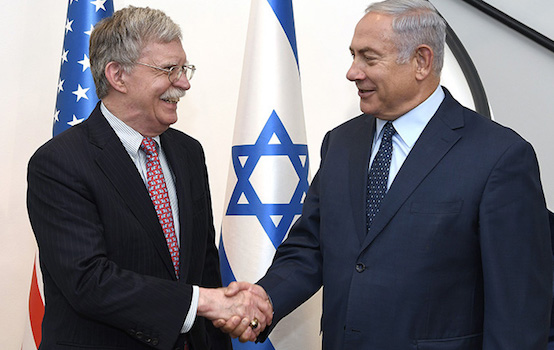 President Donald Trump’s national security team has been leaking “intelligence” about Iranian threats for a week now in an attempt to justify escalating tensions, including moving American air attack assets to the Persian Gulf. But a closer look suggests that National Security Advisor John Bolton and other senior officials are trying to pull off an intelligence deception comparable to the fraudulent pretense for war in Iraq.

There’s also credible evidence that Israel could be playing a key role in this subterfuge.

This deception has served to defend not only a U.S. military buildup in the region, but an expansion of the possible contingencies that could be used to justify military confrontation. In Bolton’s White House statement on May 5, he said the deployment of assets to the Gulf would “send a clear and unmistakable message to the Iranian regime that any attack on United States interests or on those of our allies will be met with unrelenting force.”