Do Lockdowns Save Lives?

Do Lockdowns Save Lives? 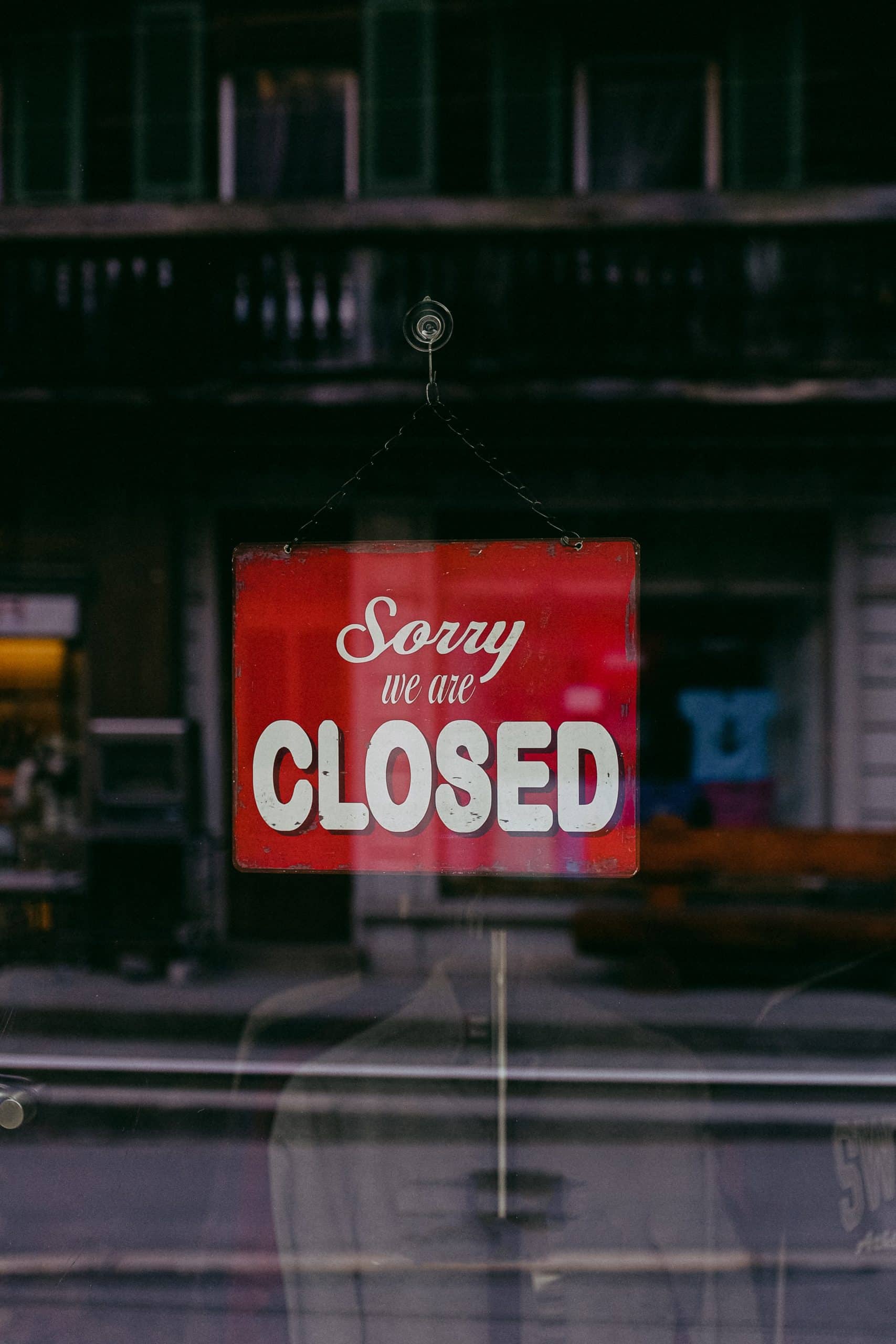 Appearances are of four (4) kinds:

Despite what seems to me incontrovertible data that lockdowns not only did not help, but also were destructive, people on social media are still trotting out the “How many people do you want to kill?” false choice. (To my credit, this author has yet to block anyone for asking such a question. Baby steps!) The thing that troubles me, and in full disclosure this insight only recently occurred to me, is that we all appear to be debating the wrong issue. The people who support lockdowns seem to think they directly save lives. The people who decry lockdowns seem to be arguing against that specific point as if it were a valid question, given the stated purpose of lockdowns specifically and social distancing generally, which is slowing the progression of a disease through a population.

Whether or not lock-downs save lives is actually a straightforward data analysis exercise. Statistician William Briggs has presented a ton of data and analysis in this regard. In a podcast this author would highly recommended, from Ivor “The Fat Emperor” Cummins, Dr. Michael Levitt provides similar context around the issue. The bottom line: If one compares country-to-country and lockdown versus no lockdown, the data is completely mixed together. That is, there is no functionality showing that lockdowns prevent deaths.

This is not actually surprising if one understands one additional factor. There is no mechanism for lockdowns to change the number of deaths, unless and only unless, there is hospital over-crowding. Stated differently, the probability of a person dying from COVID-19 is not a function of when that person was infected, whether or not there was a lockdown, whether that person wore a mask, or any of that. Unless the laws of statistics regarding the fact that the area under a normal distribution is not effected by kurtosis—the length of the tails—there can be no effect on deaths due to curve flattening. (We covered this previously, in another article.) Comfortingly for the math geeks among us, the results (i.e., the actual data) bear this out. In a subsequent article, this author hopes to examine if what this author will term, ‘infection rate’—the rate of progression across the population, particularly in the U.S.—was significantly changed, despite all the social distancing marketing and puffery. For the time being, the focus of this article is on deaths after infection.

What are the results when one compares country-to-country with respect to strict social distancing via lockdowns? (One can assume, for the purposes of being fair, that it is entirely possible that people in some locales voluntarily practiced social distancing, despite all large gatherings and non-essential businesses not being forced out of existence by government edict.) Still though, one should see some obvious functionality between places that locked down and those that did not. Did we? The chart below is instructive. 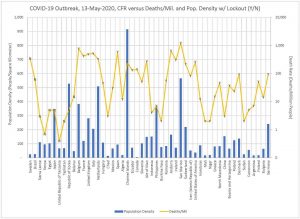 The Y-Axis on the left side (the vertical axis) is Population Density in People per Square Kilometer. The bars correspond to these values and show countries along the bottom. The Y-Axis on the right side (also a vertical axis) is Death Rate, i.e., Deaths per Million of Population, and is shown with the line. On that same line, a “Y” or an “N” indicates if a locale imposed a lockdown. The Death Rate values are shown on a Log10 scale, since the range between deaths per million is so large. The bars show Population Density in People per Square Kilometer for the countries listed. (Again, hat-tip to statistician William Briggs for making this data available. He also provides a similar set of charts using different variables on his site. Same conclusion.) This author downloaded Population Density data from another website and cross-referenced it by country. The data above is sorted so that countries that did not impose a lockdown are plotted separately from countries that imposed a lockdown, both ordered by Case Fatality Rate within each subgroup. Finally, fifty countries are shown on the chart.

It seems clear that imposing a lock-down was not the magic bullet that certain control-enthusiast governors and presidential advisors have claimed. No improved performance, i.e., reduced death rate, is obvious from this data, and if lockdowns helped, it should be. (Similar data is available that compares U.S. states that imposed lockdowns to those that did not. Same conclusion. Similar data is available for Europe. Same conclusion.) Then again, for the reasons covered earlier, this should not be surprising. In recent days, as several states opted to “open up” critics have cried out that these states would see spikes in reported cases and resultant deaths. So far, not so much, although this data is emergent.

One other important factor which is worth understanding—and which Dr. Levitt also mentions in the podcast cited above. There is a necessity to reach virus saturation in order for us to move past this panic. Full, or almost full, population exposure is a necessity, regardless of whether there is corresponding manifestation of symptoms. We already know from the experience on the USS Theodore Roosevelt, that everyone will not manifest symptoms, regardless of exposure, and as Dr. Levitt mentions, when they may have been exposed. Writes William Sullivan for American Thinker:

The USS Theodore Roosevelt had a crew of 4,800. Given the acute sample, testing was holistic. This yields an actual infection rate of roughly 23 percent, and among those infected, the fatality rate is 0.09 percent. Among the Roosevelt’s entire crew of assumedly healthy and able-bodied sailors, on a floating Petri dish, during the thick of viral outbreak that shut down all schools and placed healthy citizens across America under house-arrest, the fatality rate was .002 percent.

In deference to the leadership of Dr. Levitt, this author is being careful not to use the somewhat loaded term, “herd immunity,” but the fact of the matter is, full exposure is necessary unless we plan to maintain the lockdowns for years. Furthermore, and with apologies for beating an ailing horse, the models used up to this point apparently assumed this. The only question was if virus saturation would happen so quickly as to “outrun” the number of beds, ventilators, and healthcare resources, given the percentage of those who were both symptomatic and needing advanced care. That did not happen.

As a final thought exercise, consider this question:  Has anyone ever died from AIDS? (Admittedly, this is something of a trick question.) AIDS stands for Acquired Immune Deficiency Syndrome. A person who succumbs to AIDS actually dies from one of many opportunistic infections. Agents that are present all the time cause these infections. The reason there is not widespread societal affliction with Karposi’s Sarcoma is that our immune system is up to the task. This is fortunate. Incidentally, this is also the primary reason that not everyone on the USS Theodore Roosevelt came down with COVID-19. As was posted on Twitter a few days ago, “The virus is tough. But humans are much, much tougher.” This despite knee-jerking politicians acting like saviors.

Wilt Alston [send him mail] lives in Rochester, New York. When he is not training for a marathon or furthering his part-time study of libertarian philosophy, he works as a safety engineer in transportation safety, focusing primarily on the safety of subway and freight train control systems. 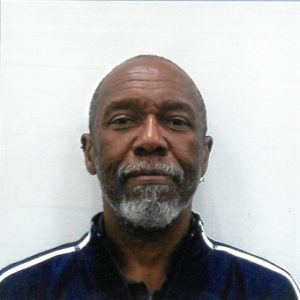 Wilton D. Alston is a biomedical engineer turned transportation safety engineer who, when not training for a marathon or enjoying fine whiskey, loves hanging out with his (college sweetheart) wife and their three children in Upstate New York.