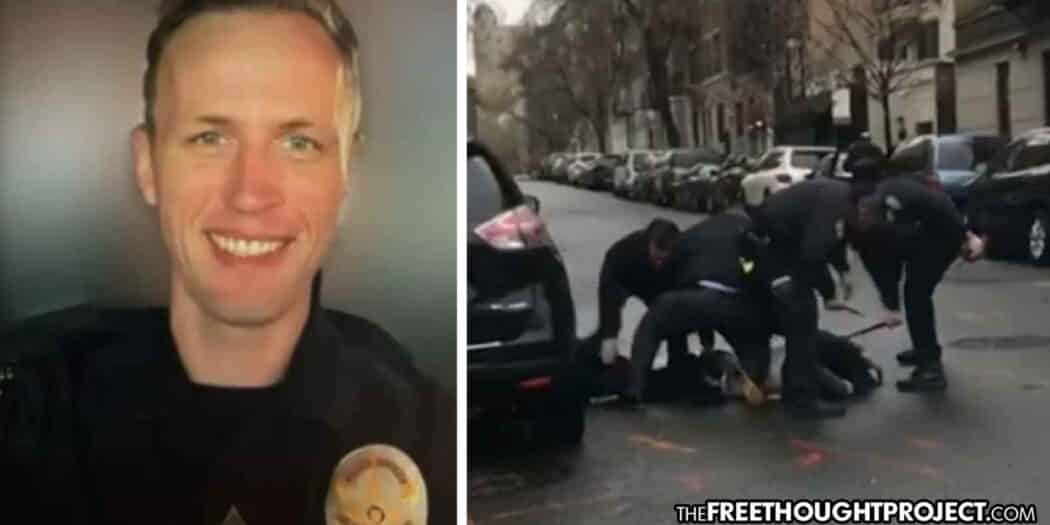 The mother of a Los Angeles police officer is coming forward this week alleging that her son 32-year-old officer Houston Tipping, was beaten to death by fellow cops during department training last month. Tipping was playing the role of a civilian and was beaten by fellow officers and suffered fatal head and neck injuries.

Shirley Huffman, Tipping’s mother filed a notice of claim against the city this month as part of a wrongful death lawsuit. Her son suffered a massive spinal cord injury during the event on May 26 and died three days later. He was buried last week.

Huffman stated in her lawsuit that the training exercise “had already been questioned” before her son was killed as other officers had previously suffered injuries during the training.

In a statement after Tipping’s death, police claimed that Tipping was injured while “grappling” with another officer in a tragic “accident.”

At the time of the accident Officer Tipping was a bike instructor engaged in a training scenario involving grappling with another officer. During the scenario Officer Tipping fell to the floor and suffered a catastrophic spinal cord injury. Officers immediately began CPR and summoned a LA Fire rescue who transported Officer Tipping to USCMC.

This is a point with which Huffman disagrees. Huffman alleged her son was “repeatedly struck in the head severely enough that he bled,” and that the beating resulted in injuries requiring stitches. He also suffered multiple breaks in his neck, which caused his death, the claim said, according to the LA Times.

Bradley Gage, an attorney for Huffman, said Tipping suffered injuries to two parts of his head and to four vertebrae.

“Chief Moore stated that Officer Tipping impressed his peers with a ‘willingness to go the extra mile to make the world a better place,’” her claim stated. “Yet, that wasn’t enough to avoid other officers paralyzing him and eventually killing him in violation of law, and his civil rights.”

According to the Times, Capt. Kelly Muniz, an LAPD spokeswoman, said Friday that the department could not comment on the claim or the nature of the training exercise. But, she said, the department is taking the matter seriously and has launched its own investigation into the incident—in part to determine whether “there are any changes that need to be made” or lessons that may be learned.

Police in Los Angeles are notoriously corrupt and while this case may be unrelated, rogue cops in precinct gangs have doled out violent punishments like this one before. As TFTP reported, many whistleblowers have come forward with allegations that gang members—who are also cops—control different precincts in the county.

In July of 2019, the FBI was investigating the East LA branch of the LA County Sheriff’s Department whereby Bandito gang members had full control of “station operations.” The report states the Bandito gang member/police officers “put others’ lives at risk by not sending backup to help on dangerous calls, enforced illegal arrest quotas and carried out other forms of harassment.”

The culmination of scandals resulted with several deputies claiming they were beaten, choked and nearly killed by fellow officers who were also tattoo wearing members of the Bandito gang.