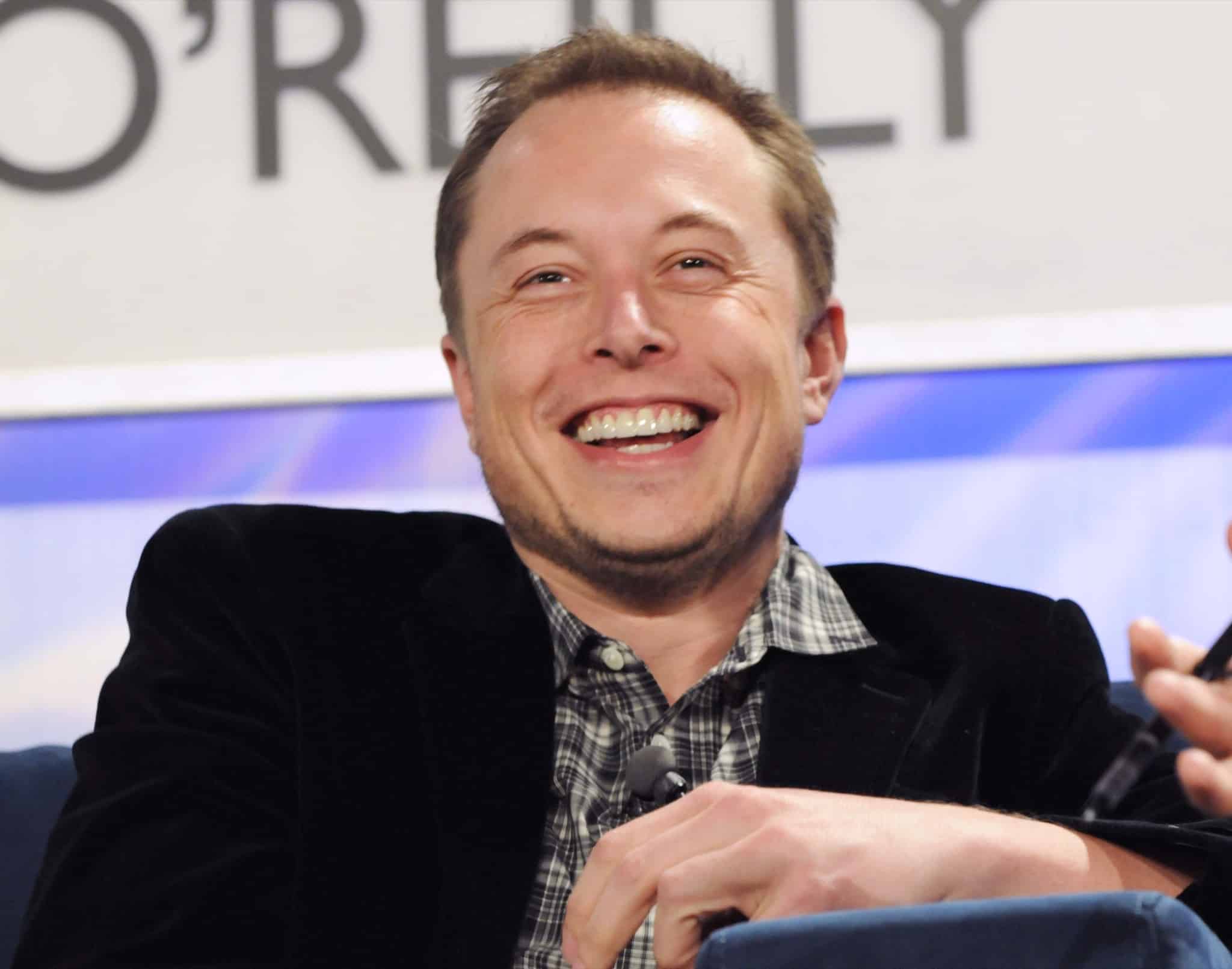 As if repudiating the cultural zeitgeist, Elon Musk has decided to purchase Twitter, a large social media platform, to add to his stack of companies like Tesla, SpaceX, Starlink, and the Boring company. While he has taken several unique perspectives, from fighting against population decline (citing it as a major problem), the Ghislaine-Epstein child sex trafficking scandal, and colonization of Mars, he seems to be a free speech absolutist.

Musk believes that freedom of speech is not constrained by the feelings of an individual who hears it, that everyone should be allowed to speak, and that Twitter is a key to that. He even believes that the platform needs to cease political censorship, including restoring former President Donald Trump’s account. While entire articles could be written on his reasons and beliefs on free speech, the focus of this piece will be on the confusing finances that surround the deal and where it could go wrong.

So how did Elon, first, secure the Twitter deal? The buying of Twitter was no easy feat. Prior to the deal being made, Vanguard and Blackrock, two firms that have dubious connections to organizations like the World Economic Forum (WEF) and access to the Federal Reserve’s discount window, had the largest stakes in Twitter. Even after Elon purchased 9% of of the company, Vanguard upped its stake in Twitter to push him from his seat as the highest shareholder. If, in fact, these entities are as they are portrayed by skeptics—pushing ESG scores and working with the creepy World Economic Forum—these entities are far more interested in controlling Twitter and the discourse through it than Elon may be able to fight. Blackrock manages over $10 trillion in assets, and Vanguard over $7 trillion, meaning they are able to weaponize far more funds than Musk is to own the company they have interest in. So why was this allowed to happen? 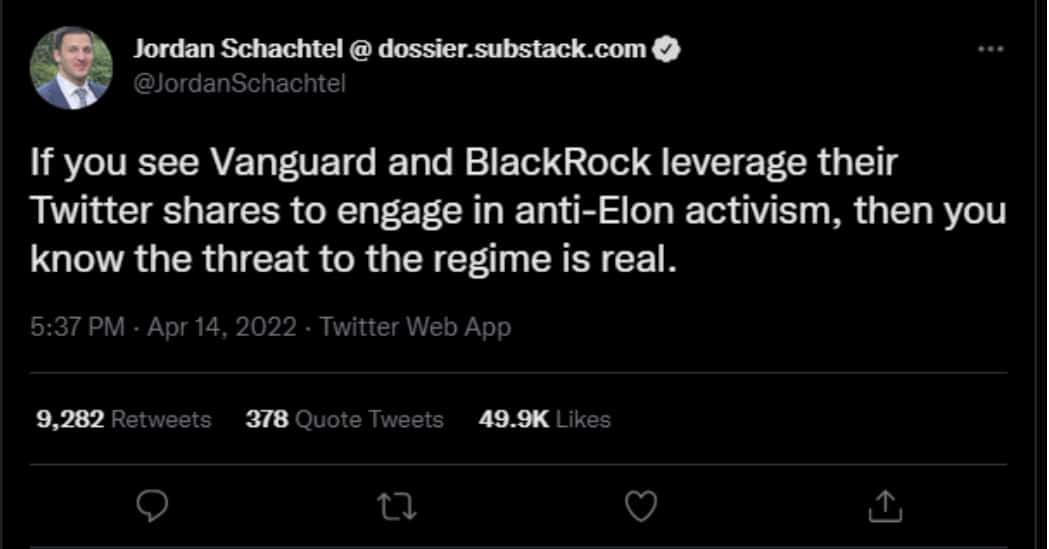 Well if we wish to understand the causes of this allowance we can look no further than at how Elon purchased Twitter itself. Elon secured a deal to buy Twitter for a total of $44 billion with each share being priced at $54.20. Musk does not simply have this cash, as most of his wealth is tied up in his Tesla & SpaceX shares, so Elon was forced to gather funds somehow, right?

A large portion of this fund is tied up in loans with collaterals in his Tesla shares. This means that if Tesla goes beneath a certain stock price that the deal may fall through. Is this what Blackrock and Vanguard are banking on? The failure of Tesla in some form? With the growing economic crisis, there are several factors that could crash Tesla and upend this Twitter deal for Elon. First of all is a complete stock market crash. Austrian Business Cycle Theory dictates that a 0% Federal Funds Rate and the massive quantitative easing the Federal Reserve performed in 2020 will result in an eventual bust. Tesla went public in 2010 and has largely survived off of low interest rates and the continued boom that has continued up until now.

Furthermore, easy money has only driven the demand of Tesla. With easier access to funds in the form of loans and business investments that have flourished falsely under the boom, Tesla vehicles became much easier to buy than they might otherwise be. This false demand could collapse under a recession, and a failure to report positive earnings at a quarterly report might tank the company and cause the deal to collapse as well.

Elon is not without a few tricks up his sleeves however, raising concerns over bot accounts and the idea of lawsuits or a cheaper price depending on their number. Both sides of the deal are bound to pay $1 billion if they back out, so depending on what the bot account audits may reveal, the price of the deal may tank enough for Elon to back out and buy the company for cheaper.

The deal is in a strange place, being paused by Elon until Twitter is open about their dealings with bot accounts. Where it could go and whether it will last could go either way at the moment. Elon could purchase the company and the deal could fall through, or the deal might fall through and Elon could buy up the company underneath the price they agreed upon. Will Blackrock and Vanguard or Musk pull ahead? Will freedom of speech win on Twitter or is it time to find safer waters? We will have to sit back and wait, and let the wealthy fight this battle.

David Brady is an At-Large and Social Media Contributor for the Libertarian Party of Minnesota and host of The Road to Providence Podcast on YouTube & Odysee. Follow him on Twitter @realDavidBJr.