Every Dollar the U.S. Government Gives Israel is a Crime

Every Dollar the U.S. Government Gives Israel is a Crime 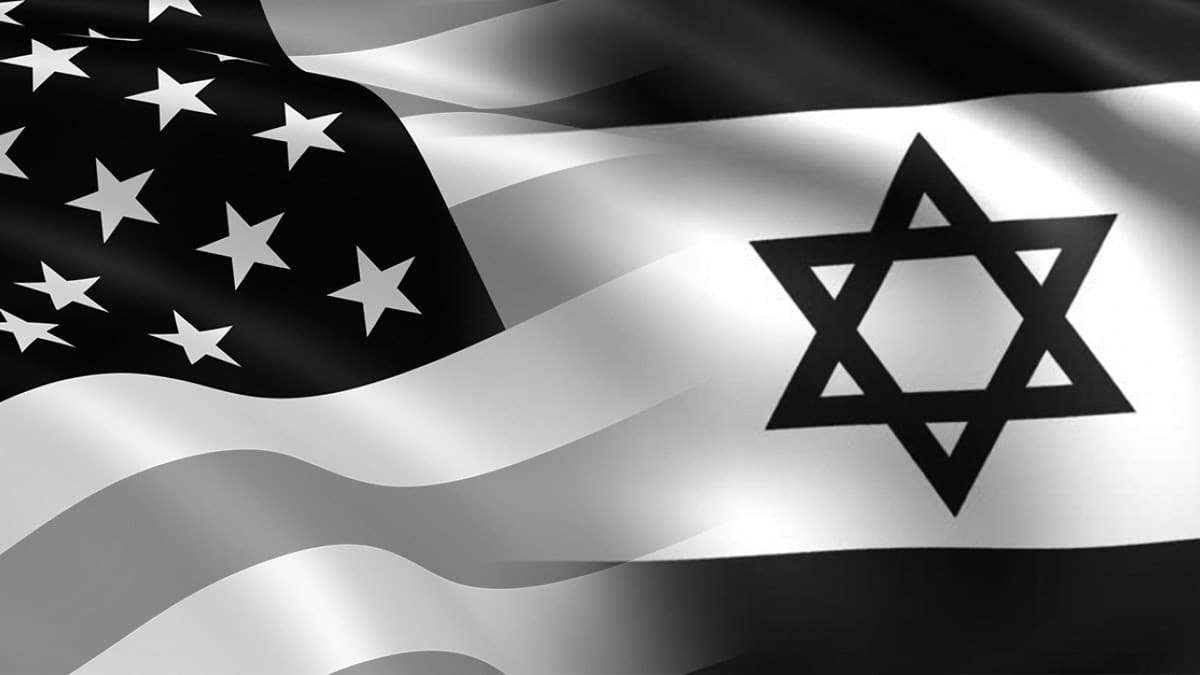 This fiscal year alone, the U.S. government will redistribute over $3.8 billion in American wealth to the government of Israel—violating federal law every step of the way.

While having amassed upwards of 200 nuclear warheads, Israel is not a member of the the Treaty on the Non-Proliferation of Nuclear Weapons (NPT)—unlike every other state on Earth other than North Korea, India, Pakistan and South Sudan.

That makes U.S. aid to Israel illegal under the Symington Amendment of 1976, which bars economic and military assistance to countries that acquire nuclear reprocessing technology without submitting to international safeguards and inspections. The law was reinforced by the Glenn Amendment of 1977.

Where its nuclear arsenal is concerned, Israel is said to pursue a policy of “nuclear ambiguity”—neither confirming nor denying its existence. For nearly 50 years, the U.S. government has played along.

However, in the face of overwhelming information in the public domain—including revealing statements by U.S. officials—the government’s implicit and explicit professions of ignorance of Israel’s nuclear weapons program long ago grew farcical.

The most glaring of that public information surfaced in 1986, when former Israeli nuclear technician Mordechai Vanunu spilled the beans on Israel’s nuclear weapon program to the British Sunday Times, providing photos and details from his eight years working at the country’s Dimona nuclear facility in the Negev desert.

Israel’s retaliation was swift: Using a female agent posing as an American tourist, Israel’s Mossad lured him to Italy, where he was drugged, abducted and smuggled to Israel on a freighter, where he was prosecuted and sentenced to 18 years in prison.

More pointedly underscoring the dishonesty surrounding American aid to Israel, there have been many occasions in which the U.S. government and its officials have either quietly or inadvertently acknowledged the existence of Israeli nuclear weapons. Here’s a small sampling:

Perversely, government employees who would discuss or release information about Israel’s nuclear weapons program—and thus illuminate the ongoing criminality of U.S. aid to Israel—would themselves be subject to prosecution, thanks to a secret classification directive issued by the Obama administration.

The two-page gag order was released in 2015 in response to a Freedom of Information Act request. Other than the title—“Guidance on Release of Information Relating to the Potential for an Israeli Nuclear Capability”—nearly every word has been redacted.

How to Make Aid to Israel Legal Again

Short of repealing or amending Symington and Glenn amendments, there are two ways aid to Israel can become legal.

First, Israel could join the NPT. That’s not going to happen anytime soon.

There’s a much simpler way to restore the legality of American aid to Israel: Both the Symington and Glenn Amendments allow presidents to waive aid restrictions by certifying in writing to the Speaker of the House and the Senate foreign relations committee that “termination of such assistance would…jeopardize the common defense and security.” Those waiver provisions have been used before, with India and Pakistan.

Issuing a waiver for Israel, however, would equate to formally proclaiming the country’s status as a nuclear power. Particularly today, that kind of publicity would be deeply unappreciated by Prime Minister Benjamin Netanyahu, the Israeli government and its domestic U.S. champions, who continue cultivating an ongoing, manufactured crisis regarding Iran’s alleged but likely nonexistent nuclear weapons ambitions.

With the executive and legislative branches showing no sign of obeying the Symington and Glenn amendments anytime soon, one man has turned to the judicial branch to restore compliance.

In 2016, Grant F. Smith, who leads the Institute for Research: Middle Eastern Policy (IRmep), filed a lawsuit against the federal government, seeking an injunction against the continuing flow of illicit aid to Israel.

Smith alleged that the government and named defendants, including then-President Obama and CIA Director John Brennan, “have collectively engaged in a violation of administrative procedure and the Take Care Clause by unlawful failure to act upon facts long in their possession while prohibiting the release of official government information about Israel’s nuclear weapons program.”

The case is still working its way through the federal courts. In the meantime, President Biden and Congressional leaders on both sides of the aisle continue making a mockery of U.S. law, and American wealth keeps flowing to Israel, a country that—while ranking 100th in worldwide population and 153rd in area—is the largest cumulative recipient of U.S. foreign assistance since World War II.

McGlinchey is the principal at Liberty Messaging, a copywriting, editing and communications firm for libertarian causes. He is also the director of 28Pages.org, a site dedicated to revealing Saudi government links to the 9/11 hijackers and, in the process, revealing war on terror hypocrisy. Follow him on Twitter: @LibertyMcG