Fear is the Liberty Killer

Fear is the Liberty Killer 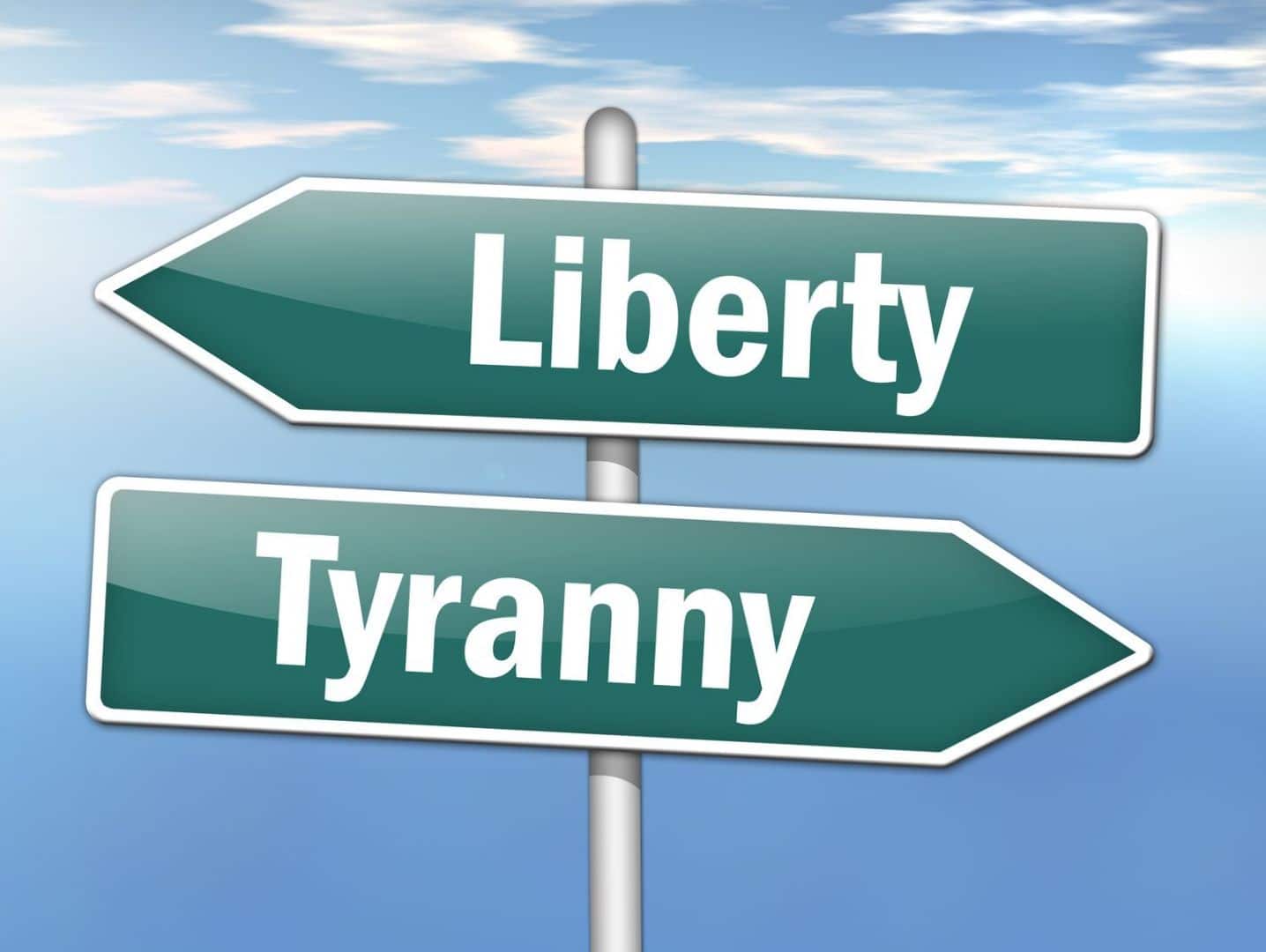 An overused term that is invoked to describe the United States, the largest government in the history of mankind, is “free country.” Does anyone actually believe that, or is it something to use as a bludgeon against those who seek to change particulars about said leviathan that they deem to be essential; their pet issue? Whether it is the right to own guns with “conservatives” (allegedly protected by a piece of paper), or abortion with the left (same, the Supreme Court decision invoked the 4th Amendment), that phrase, “free country,” is a dagger thrown at anyone who would seek to restrict either. This raises a question; how free are you if you have to point to a document that has been twisted and manipulated into meaning just about anything by 9 priests with lifetime appointments? Many in history have disagreed with the meaning of the 1st Amendment which is written in such a way that a 5-year-old clearly understands it. That is, until they get into a government school that teaches them that what they saw as logical as a youngster, is much more complicated. Especially when you take people’s “safety” into account.

It is clear to anyone who examines it, that when a new law is passed, government agency created, or there is just an expansion of local, state or federal law enforcement, the reasons given to the public to justify this are ones that are meant to induce only one emotion; fear. Fear is the great liberty killer and a society that has been taught that the government is here to be their protector and provider in all things, allows its unlimited expansion when that emotion is created by those who seek to rule them. This is clear when you break down certain issues.

When you bring up 9/11 to people you get varied reactions. Emotions such as sadness and rage are most common in this author’s experience. Many times, both are present. The one response you rarely hear is fear. Why? People see that as an emotion to be embarrassed about. When you’re mourning a loss or fuming with anger, everyone sees those as justifiable. No one want to been seen as scared. Especially in a “free country.”

Don’t be fooled, fear was the reason people accepted the invasions of Afghanistan and Iraq. It directly led to people’s support for the TSA and the “PATRIOT Act.” Fear is how people justify their elderly parents and grandparents, and young children, being groped and probed by publicly-funded deviants in every airport in the land. It’s all to keep us safe from those terrorists who “hate us for our freedoms.” If that were true, considering how much liberty has been lost, shouldn’t that be a mild dislike by now? Who are you trying to fool? This is about seeing a terrorist at every gate in every airport, and God forbid someone wearing a hijab gets on your plane!

The ‘War on Drugs’

Let’s congratulate “drugs” for winning the “War on Drugs.” And, if we’re honest, the majority of this “war” is about a plant that grows in nature and doesn’t need to be processed to be used. Referring to cannabis as a “drug” is one of the greatest propaganda achievements in the history of tyrannies. Yet, it was sold as an “evil weed” through fear, full stop.

Harry Anslinger, the father of cannabis prohibition (the term cannabis is being used because “marijuana” was a word invented to sound ethnic, another fear tactic), knew how to manipulate “good Christians,” and the public in general, into being frightened of that “evil weed” that caused people to participate in the most “depraved” of actions. Here are some examples of Anslinger’s work:

How many murders, suicides, robberies, criminal assaults, holdups, burglaries and deeds of maniacal insanity it causes each year, especially among the young, can only be conjectured…No one knows, when he places a marijuana cigarette to his lips, whether he will become a joyous reveler in a musical heaven, a mad insensate, a calm philosopher, or a murderer…

Traffic in marijuana is increasing to such an extent that it has come to the be cause for the greatest national concern. This drug is as old as civilization itself. Homer wrote about, as a drug that made men forget their homes, and that turned them into swine. In Persia, a thousand years before Christ, there was a religious and military order founded which was called the Assassins and they derived their name from the drug called hashish which is now known in this country as marijuana. They were noted for their acts of cruelty, and the word “assassin” very aptly describes the drug.

This quote may be apocryphal, but is widely credited to him:

Most marijuana smokers are colored people, jazz musicians, and entertainers. Their satanic music is driven by marijuana, and marijuana smoking by white women makes them want to seek sexual relations with Negroes, entertainers, and others. It is a drug that causes insanity, criminality, and death — the most violence-causing drug in the history of mankind.

It’s all about fear. Tyrannies have counted on the easily manipulated masses to believe whatever embellishments of the truth, or outright lies, they peddle. From the beginning of the smallest clans to the birth of the modern nation-state, fear of the other, or the unknown, has been used to get individuals to collectivize allowing a small minority to dictate what is in their best interests when it comes to safety. It happened after 9/11 (and it’s only gotten worse), and it continues in the insane “War on Drugs” that is responsible for the “freest country in world” having the most people incarcerated per capita with the next closest country far off in the distance.

If individuals fail to examine themselves when it comes to the level of fear they’re living with, and how this directly correlates to how much tyranny they’re willing to abide, the term “free country” will become even more of a punchline than it is at the present moment. Unless they are prepared to investigate from where, and how, these feelings of trepidation have come into their lives, they should count on the chains getting tighter, and the leash shortening. The ideas of true liberty can be foreign, even frightening, to those who have never considered them, who’ve been taught that the status quo is the best that can be expected. Doing everything to help the scales to fall from their eyes should be a priority to those who have already enjoyed the experience.