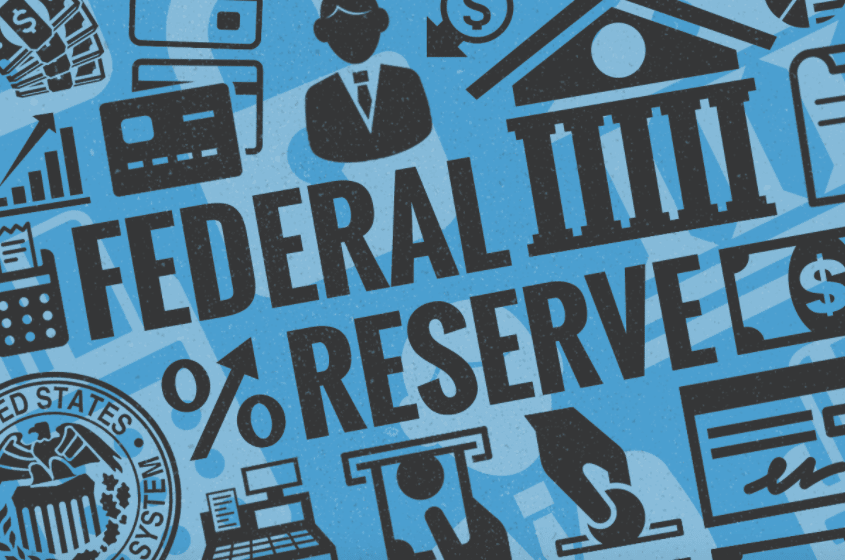 The national debt crossed the $23 trillion mark in November. When you include unfunded liabilities in the equation, the real debt number comes in at over $126 trillion. But even when confronted with this staggering number, most people just shrug. America has been running up debt for decades. Nothing bad has happened yet. Right?

Ironically, the central banks are a big part of the problem.

In a nutshell, the paper warns that the Fed’s own policy could lead to “economic ruin.”

The paper titled “Making Sense of National Debt” explains the pros and cons of national borrowing in typical Keynesian fashion. In a nutshell, a little debt is a good thing, but too much debt can become an issue. But in the process of explaining national debt, Wolla and Frerking stumble into an ugly truth — central bank money printing can destroy a country’s economy.

So, when does the national debt truly become a problem?

According to Wolla and Frerking, debt only becomes an issue when it outpaces GDP, or national income, as they call it. If debt grows at a faster rate than national income, eventually the debt will become unsustainable.

They note that according to the GAO, the U.S national debt is, in fact, already on an unsustainable path.

The federal debt is projected to grow at a faster rate than GDP for the foreseeable future. A significant portion of the growth in projected debt is to fund social programs such as Medicare and Social Security. Using debt held by the public (instead of total public debt), the debt-to-GDP ratio averaged 46 percent from 1946 to 2018 but reached 77 percent by the end of 2018. It is projected to exceed 100 percent within 20 years.”

Note the GAO only uses “debt held by the public” to calculate its debt-to-GDP ratio. This basically equals the total of outstanding bonds held by investors. The total national debt is higher. Most analysts put the current total debt to GDP ratio at around 106 percent.

As Wolla and Frerking point out, rising levels of debt elevate the risk of default. When that happens, investors become wary of buying riskier government bonds. In order to incentivize buyers to take on this risk, interest rates must naturally rise.

Enter the central bank. Wolla and Frerking explain how it can step in and “print money” in an effort to rescue the overleveraged government.

While governments never have to entirely pay off debt, there are debt levels that investors might perceive as unsustainable. A solution some countries with high levels of unsustainable debt have tried is printing money. In this scenario, the government borrows money by issuing bonds and then orders the central bank to buy those bonds by creating (printing) money. History has taught us, however, that this type of policy leads to extremely high rates of inflation (hyperinflation) and often ends in economic ruin.”

We’ve seen this economic ruin play out in all its ugliness in the German Weimar Republic between 1921 and 1923, and more recently in Zimbabwe and Venezuela.

The process that Wolla and Frerking describe — buying government bonds with money created out of thin air– is called debt monetization. And it’s exactly what the Federal Reserve is doing today.

Last month, the Fed announced a massive bond-buying program. The Federal Reserve plans to buy $60 billion in short-term Treasury bills each month. According to a statement, the purchases will continue, “at least into the second quarter of next year.” That would amount to around $400 billion worth of Treasurys added to the Fed’s balance sheet.

But the balance sheet will likely expand more than that. The Fed also plans to use interest it earns off its portfolio to buy more Treasurys. And as they mature, it will take that money and buy more bonds, thus pumping up the balance sheet even faster.

Federal Reserve Chairman Jerome Powell insists this is not quantitative easing. When he announced the plan, Powell said, “This is not QE. In no sense is this QE.” But this is precisely QE – no matter what you call it.

In effect, quantitative easing is a fancy term for printing money. The Fed doesn’t literally have a printing press in the basement of the Eccles Building running off dollar bills, but it generates the same practical effect. The Federal Reserve digitally creates money out of thin air and uses the new dollars to buy securities and government bonds, thereby putting “cash” directly into circulation. QE not only boosts the amount of money in the economy; it also has a secondary function. As the Federal Reserve buys U.S. Treasury bonds, it monetizes government debt — the exact policy Wolla and Frerking say leads to “economic ruin.”

We’ve seen this song and dance before. The Federal Reserve ran three rounds of quantitative easing in the wake of the 2008 Financial Crisis.

When then-Fed-chair Ben Bernanke launched QE, he insisted the Fed was not monetizing debt. He said the difference between debt monetization and the Fed’s policy was that the central bank was not providing a permanent source of financing. He said the Treasurys would only remain on the Fed’s balance sheet temporarily. He assured Congress that once the crisis was over, the Federal Reserve would sell the bonds it bought during the emergency.

That didn’t happen. And now we’re back to QE. In fact, the Fed balance sheet is currently expanding faster than it did during the rounds of quantitative easing after the great recession.

Wolla and Frerking assure us everything will be fine here in the U.S. We don’t have to worry about hyperinflation because we have an “independent” central bank. The government can’t force the Fed to buy Treasurys. You can decide for yourself whether you believe in the political independence of the Fed. In the end, it doesn’t matter if the Fed monetizes the debt due to political pressure or just because the central bankers decide to do it in their own infinite wisdom. The effect of the policy is the same. And political pressure or no – the Fed is all-in on debt monetization.

The quantitative easing programs the Fed ran during the Great Recession didn’t impact the markets to the degree one might expect because everybody believed that the central bank policy was temporary. It was an emergency measure. The central bank would roll it back after the crisis was over. But it’s becoming increasingly clear that the Federal Reserve will never shrink its balance sheet. Quantitative easing is a permanent policy. At some point, the markets will figure this out. When that happens, it will become more and more difficult to finance the debt without hyperinflation. At that point, the economy is on the road to ruin.