The Scandal of Coercive Charity

The Scandal of Coercive Charity 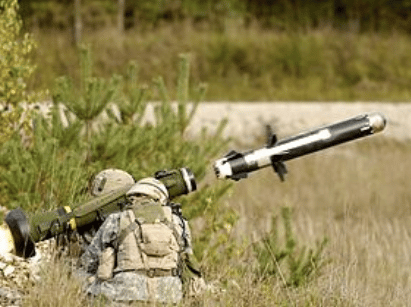 Amidst the brouhaha surrounding the impeachment inquiry, where the US government and citizens will be challenged to determine whether Joe Biden or Donald Trump is more corrupt, an issue deserving of far more attention by the American public is brushed to the wayside.  Much has been made of President Trump’s early attempt to withhold $450 million in military aid to Ukraine, but the corruption inherent in the payment has been ignored.

The Trump administration has seen significant reductions in the total budget for foreign aid.  The final budget for the Obama administration included $42 billion for foreign aid and the FY 2020 budget includes only $31 billion.  Most Americans are unaware of the plethora of corrupt practices and waste involving dispensation of foreign aid, believing the term to refer only to humanitarian concerns, disaster relief or some other form of benevolence.

Even these forms of foreign aid, however, are tainted with corruption.  There is an observed correlation between the amount of aid given and a country’s membership in one of the rotating positions on the UN Security Council.  US foreign aid to temporary members of the UN Security Council increases by almost 60% during their tenure and returns to normal levels after their departure.  The study also shows much more significant increases during years when important votes are taking place.

Even the best of intentions can result in unintended consequences.  In the 1990s, food aid to Somalia helped to empower local warlords, when the aid shipments were hijacked and traded to surrounding countries for weapons.  For the US, this culminated in the failed attempt by the US military to capture the warlord, Mohammed Farrah Aidid, and the infamous “Black Hawk Down” incident.  It is not unusual for a local strongman to use humanitarian aid to solidify their own position by either profiting from it or denying aid to antagonistic groups.

Furthermore, there is no real consensus on whether foreign aid is effective at achieving goals.  By far, the most successful foreign aid spending is in the health category, which garners $6.8 billion of the $30.7 billion 2020 budget.  It is clear that foreign aid spending for health services, such as President’s Malaria Initiative (PMI), anti-polio campaigns and President’s Emergency Plan for AIDS Relief (PEPFAR), have had a positive impact, saving countless lives.  Even these largely beneficial public-private partnerships can end in scandal, with private companies profiting off of public spending.

Unfortunately, one-third of the foreign aid budget goes towards military and security aid, topping $9 billion, and accounting for a majority of the spending for the two biggest recipients of US foreign aid in 2017 (the most recent year fully reported):  Iraq ($3.7 billion) and Afghanistan ($5.7 billion).  Large civilian protests are occurring in Iraq, because even 15 years after Saddam Hussein was removed, they still lack infrastructure and public services.  Meanwhile, a civil war persists in Afghanistan with no end in sight.  It would be hard to argue these have been successful investments.

Moreover, the US government has given aid to militia groups descended directly from the groups that planned and executed the 9/11 attacks in the United States.  Originally used to fund Houthi groups in Yemen, who were fighting against ISIS and al-Qaeda in the Arabian Peninsula (AQAP), the Obama administration, through the CIA under John Brennan, shifted funding to the AQAP militias fighting against the Houthis in order to “placate the Saudis” for the Iran nuclear deal.  In Syria, the US attempt to foster an overthrow of Bashar al-Assad saw them arming and funding fighters from Jabhat al-Nusra, also known as al-Qaeda in Syria (AQS).

Meanwhile, the American people were being told that the US was supporting “moderate” opposition in Syria.  Moderates have no need for military assistance.  I suggest that, once you take up arms for your cause, regardless of the justness of that cause, you are no longer a moderate.  Being willing to kill for a cause is definitively radical.

So, what of the $450 million in military aid to Ukraine?  This brings us back around to President Trump’s conversation with President Zelenskyy, during which the Ukrainian President expressed interest in purchasing Javelin light anti-tank weapons.  This is just another way of privatizing public funds.  The US government coerces funds from the American public through various forms of taxation and sends it to Ukraine, who then purchase weaponry from American companies.

The Javelin is produced by Raytheon and Lockheed Martin, at a cost of about $125,000 for the launcher and $75,000 for each rocket; and here lies another dirty secret of foreign aid.  I’ve written before about lobbying expenditures by the big defense contractors in the context of criticizing the US Congress for their refusal to accept their constitutionally prescribed duties related to war.  Foreign aid includes the extra step of gifting the money to another government, before it is paid to these contractors; but this is where that lobbying pays off.  They have effectively used taxpayer dollars to feed the revenues of Raytheon and Lockheed Martin.

Coercive giving is not charity.  It is not generosity.  Whether funding enemies of the US, empowering dictators, buying votes or lining the pockets of US defense contractors and pharmaceutical companies, spending on foreign aid engenders a wide range of negative consequences and corrupt practices.  While we are distracted by the political theater, our representatives in government are being poor stewards of our interests.  Foreign aid may be a small percentage of government spending, but it is illustrative of a much broader problem.

Americans are certainly capable of determining for themselves who is deserving of their charity.  US citizens are more generous with their money than the citizens of any other nation.  Aware of the poor track record of benevolence by our government, isn’t it time to reclaim the right for each of us to decide for ourselves who will receive our money?

Michael Reeves hosts The Liberty Mic podcast with his friend Liberty Larry; and his occasional scribbles, along with their podcasts, can be found at thelibertymic.com, where they promote Personal Liberty, Free Enterprise and Self-Government.