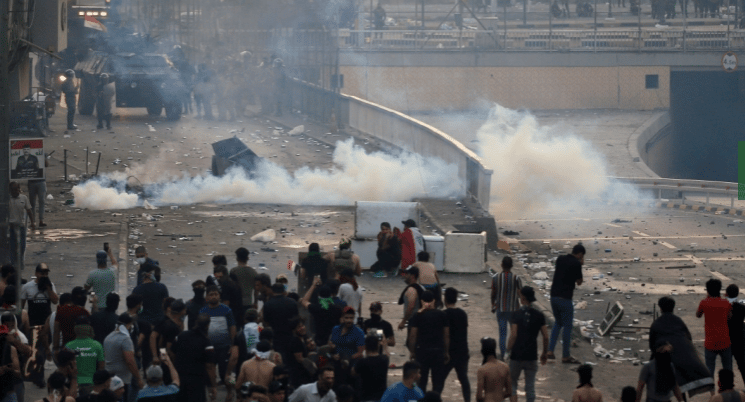 Public protests were launched nationwide over the past two days in Iraq, growing in intensity as demonstrators slam the lack of a post-war recovery from the ISIS conflict, and continued corruption woes.

While Prime Minister Abdul Mahdi confirmed the right of protesters to assemble, Iraq wasn’t just going to have public shows of dissent, so troops were out in force quickly, opening fire with live ammunition on the people, wounding hundreds. At least 28 have been killed so far.

Protesters and their supporters were armed in places as well, where security situations quickly worsened, and battles erupted. While this started in Baghdad and to the city’s immediate south, before long it was a nationwide issue.

Iraq’s government is responding as governments in the region so often have in similar situations, violent crackdowns, an indefinite curfew across Baghdad and some other cities, and cutting off more or less the entire country’s Internet access.

Protests have been a recurring issue for months, almost always culminating with the government promising some reforms, and those reforms having by and large been forgotten.

The more this escalates into violence, the harder it’s going to be for the Abdul Mahdi government to back down and make promises to end the unrest. Continued fighting risks the public demanding bigger, and real, changes.