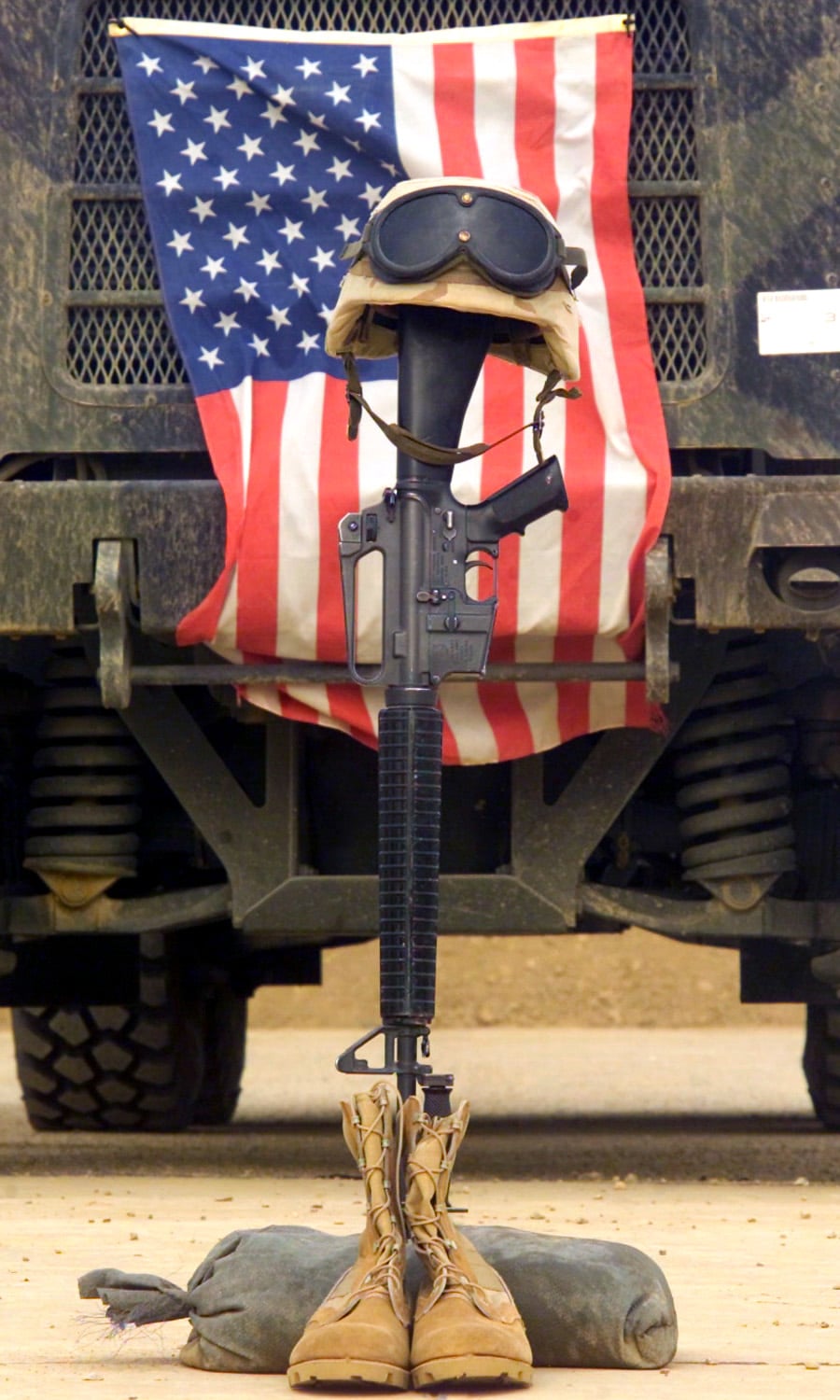 Memorials are intrinsically meant to be a community fixture. There is a reason they are placed in the public square, made the focal points of parks and included alongside bustling streets instead of being kept away for private eyes or individual observance. Memorials are a collective means of commemorating and honoring past events, leaders, and sacrifices.

This utility of unity has been contradicted in the past decade as monuments from the previous century have aroused a maelstrom of controversy and sometimes vandalism. The primary examples are monuments to the Italian explorer Christopher Columbus and memorials to Confederate soldiers and leaders, although recent months have seen street action against statues of the American founding fathers.

This necessitates taking a perspective on new and yet to be constructed memorials: how will images and symbols chosen today be interpreted in fifty years, or even a century? Is it the responsibility of those of us in the present to select the most non-offensive, universal designs? Or rather should we construct concepts that strike particular (and accurate) emotions, the sensibilities of some hypothetical future be damned?

Perhaps the best example of public attitudes changing about a memorial is for the Vietnam Veterans Memorial on the National Mall. Officially established in 1982, more than a thousand proposals were submitted by design firms, sculptors, and architects. Judging blindly, a committee selected a winner, whose identity would contribute to the acrimonious reception.

“The designer was a young, Yale architectural student named Maya Lin who was Asian, and a woman, and young. There were certainly these people who didn’t respond well to just these cues,” explained Professor Christopher Hamner of George Mason University, who specializes in war and American society.

The memorial, a long black wall inscribed with the names of American dead, was an expressive break from traditional memorials which carry more positive connotations. “There was a very vocal group of Vietnam veterans who were opposed to it on that basis,” said Hamner. “That it, rather than celebrating the courage and sacrifice of people who bravely went forth at their country’s behest and almost 60,000 of them didn’t come home, it prompted this invitation to think deeply about what the war meant to the country.”

“One of the spokesmen of the Vietnam veterans in opposition wrote a famous editorial where he referred to the proposal as ‘a black gash of shame.’ It became a kind of famous way to describe the memorial among those who thought that it sent exactly the wrong messages,” he said.

But from this contentious opening, the Vietnam Veterans Memorial has become one of the most cherished sites in Washington D.C. Veterans, and the families of veterans, have formed an almost mystic connection to the wall; it has become an interactive, with people regularly leaving flowers, or six-packs, or personal mementos near their loved one’s name. Its initial boldness has created a significance that separates it from other memorials on the National Mall.

Despite this reversal of fortunes, the designers of the World War II memorial in the early 2000s were very conscious to avoid being embroiled in the same quarrels of their predecessors. It’s a grand, very traditional memorial that latches onto the mythos of “the Greatest Generation” fighting “the Good War.” Its use of foundations and columns are purposefully meant to deflect criticism by not asking its audience to think hard about World War II.

In a recent article at The American Conservative, I spoke to relevant voices about the efforts to create a memorial for the veterans of the Global War on Terror on the National Mall. In these conversations, inevitably the question of what such a memorial would look like was asked. And one particular likeness evoked incredibly thoughtful responses: the battlefield cross.

A battlefield cross is a symbolic marker erected by soldiers to honor a brother-in-arms who has been killed. Although earlier examples date to the nineteenth century, the practice became more common in the Korean War and after, and through heavy use in media has become primarily associated with the War on Terror. In the modern conception, a battlefield cross is a pair of boots, a rifle with its barrel jammed into the ground, with sometimes a pair of the fallen soldier’s dog tags hanging around the stock of the rifle, and a helmet placed on top.

“[I]t’s…just iconic. That was a picture in 2003, in 2004, in 2005 that was everywhere. It was hundreds of these, this was the tribute people would pay,” recalled Hamner. “And it made for a great shot; if you picked up Time magazine or the Wall Street Journal you were likely to see something like that.”

Examples of memorials utilizing the battlefield cross, typically constructed at the county level, can be located throughout the U.S. “That seems to be what we’ve seen pop up throughout the country in regards to Global War on Terrorism memorials that have been built locally,” said Marina Jackman, Director of Operations at the Global War on Terror Memorial Foundation. The foundation has been designated by Congress as the organization to coordinate and fundraise the construction of the memorial on the Mall.

“Obviously those [battlefield crosses] have a lot of meaning due to the dog tags, obviously we’ve seen that image everywhere,” continued Jackman. “I don’t really know how to incorporate that into the design at this point, but obviously the feelings that those portray and reflect are pretty significant and a good depiction of this war for sure.” The foundation is still a minimum of two years away from considering design proposals.

Major Danny Sjursen, who served tours in both Iraq and Afghanistan before becoming a vociferous pen in the antiwar movement, believes that the battlefield cross carries an alternative message. “I’ve often looked at that over the years as almost a mercenary memorial,” he said.

As a former soldier who participated in erecting battlefield crosses, Sjursen finds the image both “appealing” and “appropriate,” but emphasizes that it robs the public consciousness of the bigger picture. “[It] is completely depoliticized, decontextualized. It doesn’t matter where they died, what they fought for. It’s all about the brotherhood,” he explained.

“In some ways that’s also the quintessential story of the War on Terror, where you have a professional, non-draftee army—really the first volunteer force to fight this kind of extended war—that’s become more and more like a Praetorian Guard. Loyalty to unit and regiment, almost like the British Army, has become more important than any notion of victory or what the hell we’re doing,” Sjursen said, pointing out that a battlefield cross doesn’t even include the American flag, or a representation of whatever cause the soldiers are meant to have died for.

“Most soldiers at this point aren’t even talking about victory anymore, they’re not talking about the cause anymore. It’s just become a job. A very dangerous job,” Sjursen added. “And there’s something there that’s disturbing about the volunteer force and the total ditching of the citizen soldier.”

While Sjursen supports the memorial, former Sgt. Dan McKnight is adamant that no construction take place until the official conclusion of the wars in the Middle East. McKnight served for ten years in the Idaho National Guard, including an eighteen-month deployment to Afghanistan, and is the founder of the veterans organization Bring Our Troops Home. He also has strong opinions about the battlefield cross.

“That image itself is such an internal, emotional image for the men who have served,” McKnight said. “[It brings] up a sense of reverence and respect for the sacrifice that was made.”

“If that’s what [had been] done if the war would have ended in a timely manner, with proper oversight, proper supervision, and proper strategy from our military leaders, I think that type of memorial would have been very tactful and powerful,” McKnight commented. “But now that we’ve gone into a multi-generational war, I think a more powerful image would be something of multi-generational imagery. A son, a father, a daughter, a mother fighting the same war would be more applicable, more appropriate because we have people now fighting a war that started before they were born.”

This imagery is reminiscent of a new bronze relief that is scheduled to debut in Washington DC’s Pershing Park in 2024. Titled “The Weight of Sacrifice,” it will be a visual representation of the hero’s journey narrative: we see a soldier saying goodbye to his family before marching to war, encountering both the fighting and damage incumbent in conflict, and returning home, presumably changed. If a memorial can show the passage of time in the life on one soldier, then it could do the same for generations of soldiers, as McKnight suggests.

Whatever form an eventual Global War on Terror veteran’s memorial takes, it will carry a message, either subtle or explicit. Taking a page from the successful memorials of the past, the message ought to be indelibly human, bonding an otherwise disparate public. If it can do that, it’ll be conscious of its own legacy in the American mind.