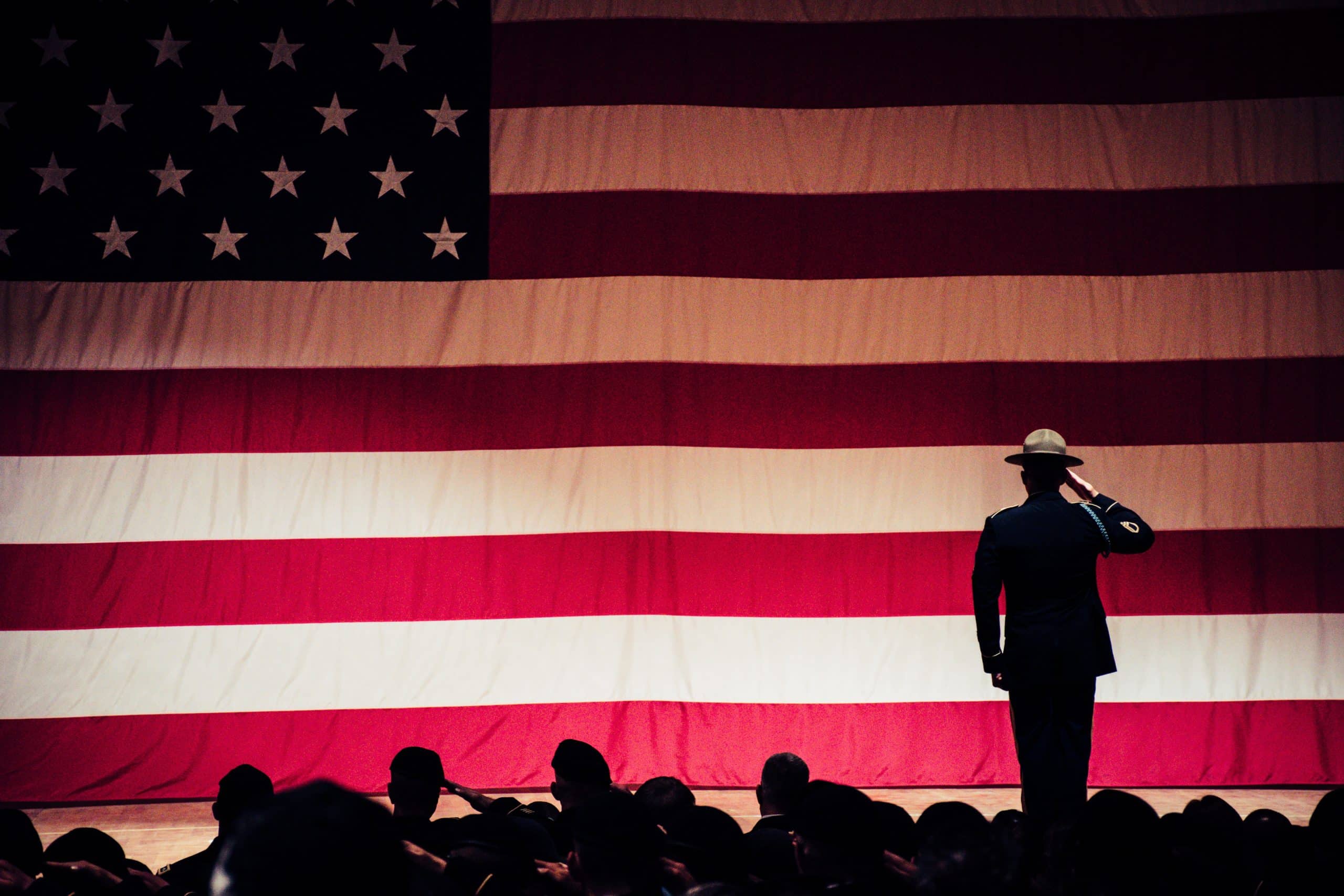 The election of Joe Biden as president may represent a partisan change in terms of who will be the face of the country. In terms of substance, however, it may not amount to much. Biden has a long track record of promoting interventions abroad such as the bombing of Serbia in 1999, and he voted to authorize the 2003 Iraq invasion. Although Biden has previously expressed skepticism about the troop surge in Afghanistan and intervening in Libya, the cabinet he is currently assembling—starring various neoliberal interventionists such as Neera Tanden, Anthony Blinken, and Jake Sullivan—shows no real signs of a foreign policy shake-up.

Indeed, the Biden administration may not directly thrust the U.S. into new conflicts. Biden himself has even suggested that he wants to end America’s never-ending excursions abroad. However, Biden’s brain trust will likely maintain coercive policies such as sanctions, color revolutions, and black operations on deck to ensure a degree of continuity for the American liberal hegemonic project. Biden himself still wants to maintain residual forces abroad under the guise of running counterterrorism operations in countries such as Afghanistan.

Is the Possibility of Permanent Troop Withdrawals a Pipe Dream?

Americans have naturally grown tired of DC’s activist foreign adventures, which in many cases prompted them to pull the lever for Donald Trump in 2016—who was perceived as the most prorestraint candidate both in the Republican primaries and in the general election that year. Despite the promising rhetoric about reversing the previous foreign policy errors, the Trump administration ended up being a mixed bag. Things did get somewhat interesting in 2020, though. At the end of July, the Trump administration announced that America would be reducing its military presence in Germany—a country that has had a US military occupation since 1945—by pulling twelve thousand troops out of Germany. Fast forward to November: the Trump administration announced its plans to withdraw twenty-five hundred troops from Afghanistan.

On the surface, these announcements sounded good, but the devil is always in the details. In a piece for the Wall Street Journal published this past summer, Donald Trump’s national security adviser, Robert C. O’Brien, assured the newspaper’s neoconservative readership that troops stationed in Germany would be shifted to other hotspots in the Indo-Pacific and eastern Europe.

Shortly thereafter, the U.S. signed a defense cooperation deal with Poland to redeploy a thousand American troops from Germany to the eastern European country. Although there have been talks about shifting troops to Baltic states, nothing has materialized thus far.

Nevertheless, America’s strong presence in the North Atlantic Treaty Organization pretty much guarantees some form of saber rattling toward Russia. Back in early August, NATO dialed up its aggression when six US B-52s flew over the Black Sea to ostensibly test Russian air defenses. One could only imagine how the US would have responded to Russian warplanes flying over the US’s backyard in the Caribbean Basin.

Similarly, there’s no telling what will happen with the troops being pulled out of Afghanistan. For all we know, they could be stationed elsewhere and not brought back home. For an empire, the entire world can serve as a military warehouse depending on the political context. Stationing them in Saudi Arabia, which witnessed the arrival of fifteen hundred troops in 2019, back when tensions between the kingdom and its bitter rival Iran began to mount, would probably not be out of the question. Similarly, these same troops could be useful for the so-called pivot to Asia, where American foreign policy elites want an Asian NATO, via the establishment of the Quadrilateral Security Dialogue (QUAD), to check the rise of an ascendant China.

The National Security Establishment Is Constantly Searching for Monsters to Destroy

It’s safe to say that the foreign policy blob is constantly looking for new enemies. Even when a conflict is concluded, the US government has an uncanny ability to quickly lunge itself into new foreign struggles. Although nothing has manifested so far, foreign policy apparatchiks are devious in that they know how to gaslight the public into believing they’re bringing troops back home, when in reality they’re either shifting troops around or making gradual reductions. The latter case is particularly dangerous because it creates the illusion that troops are being immediately withdrawn from certain areas and being brought back home. This generates false optimism and pacifies the public in a way that prevents them from grasping what’s really going on. The fact remains that with a residual troop presence in hot spots like the Middle East, lawmakers can always create an excuse to deploy more troops after the inevitable blowback against these forces takes place.

Pace the ruling class’s foreign policy assumptions, international relations aren’t static. Both Europe and Asia now have multiple countries marked by prosperity, or at least promising development , therefore giving them the resources to build hard military power. Ryan McMaken observed that adhering to a market economy allows countries to not only raise their standards of living but also makes it easier for them to mobilize war-making machinery to deter potential aggressors. The US does not need to coddle developed countries, nor should it carry out military functions on their behalf when they’re wealthy enough to build up and upgrade their defenses. Further, balancing coalitions will naturally arise if countries try to make hegemonic plays in their respective spheres of influence.

Even the failures of nation-building projects in Afghanistan and Iraq have not deterred policymakers from finding new bogeymen. Over the last decade, a foreign policy consensus has crystallized in DC which is aiming its sights at bigger fish on the international stage. The Pentagon’s 2018 national defense strategy marked a significant shift in foreign policy priorities through its emphasis on “Great Power” competition against China and Russia as opposed to the prior focus on combating transnational terrorist threats. Such a pivot will undoubtedly be a boon for the military-industrial complex, which will be lobbying for gargantuan defense budgets to take on these perceived threats. We will be reminded every day how these countries pose “existential” threats that justify more defense spending and potential meddling abroad. A very familiar movie script, but with a different cast of characters.

Old Ways of Thinking Must Be Abandoned

World War II and the Cold War are over; policymakers should get out of their twentieth-century geopolitical time warp and recognize that international relations have drastically changed. There is no longer a unipolar moment where the US can just throw its weight around and expect countries to roll over. There will be costly resistance in every corner of the world that the American government tries to stick its nose in.

Since the executive branch has proven incapable of extricating itself from a number of controversial conflicts such as the Yemeni Civil War, Congress will have to reassert itself in order to counter the top-down machinations of the national security establishment. Thanks to the growing realignment in American politics, there is an emergent bipartisan bloc of congressmen who are beginning to challenge DC’s desire for perpetual conflict. This is a good start.

Elected officials must reject the interventionist impulse and recognize that America’s military overextension is a major concern for foreign policy restrainers. As long as military assets are parked across the globe, they can be manipulated and used as chess pieces to saber rattle the US into another conflict—be it conventional or by proxy.

Only a well-informed Congress with a backbone can put an end to the executive branch’s overzealous foreign policy. But first, this requires a shift in the way lawmakers, pundits, and academics view foreign policy. Most certainly, changing foreign policy conventional wisdom will involve a long, drawn-out ideological battle. But it has to start somewhere.