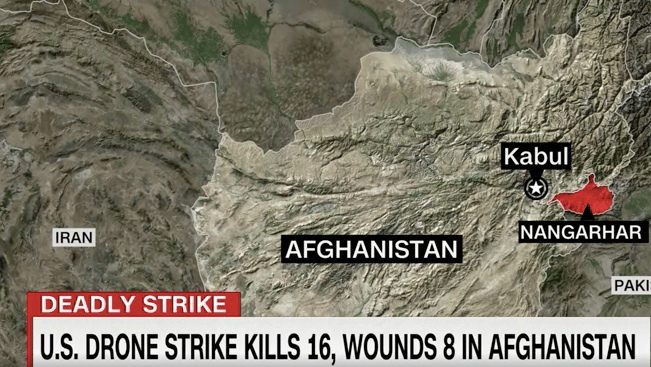 For the second time in a week, a US military operation in Afghanistan has ended with a large number of civilians dead, and US officials offering very dubious arguments as to why it wasn’t their fault.

The Sunday night attack saw US and Afghan commandos raid a house in Helmand Province, and ultimately launch airstrikes. The attack killed at least 40 civilians, including a number of children.

Instead of the Taliban building they thought they were raiding, it turns out the airstrike pounded an ongoing wedding reception. The Afghan government has already admitted to what happened, saying they are “saddened” by the deaths and want to take extra caution in the future.

Because the US is on one of those kicks where they don’t take responsibility for anything, the US statement confirmed the airstrike but denied killing civilians. They claimed the attack targeted al-Qaeda, and suggested any civilians “died from al-Qaeda weapons,” and not from the US dropping bombs on them.

This all comes just days after an incident in Nangarhar Province, where the US attacked and killed scores of civilian farm laborers who were hired for a pine nut harvest. This attack was launched even though the village in question specifically informed everyone weeks in advance that the harvest was happening, and got assurances they wouldn’t be attacked.

The US attacked, of course, killing 32 civilians, including children. The US went on to claim everyone was pretending to be harvesting pine nuts, and that it was secretly all ISIS people.

The Pentagon’s priorities on Afghanistan have changed repeatedly throughout the war, sometimes admitting to and apologizing for civilian casualties, while other times they deny everything. Either way, the end result is to sweep it under the rug with no policy changes, and the number of civilian deaths continues apace.