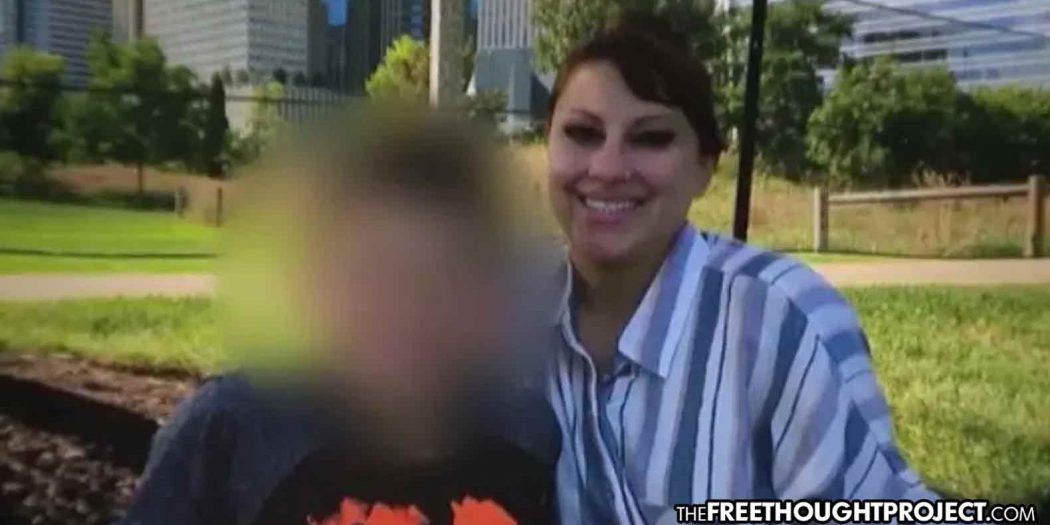 In an unprecedented violation of rights, a case out of Chicago, Illinois should worry even the most stringent pro-vaccine advocates. A well-meaning mother has been stripped of her parental rights in a tyrannical move by a Cook County judge. After learning she hadn’t taken the COVID-19 vaccine, judge James Shapiro stripped Rebecca Firlit of custody.

“I miss my son more than anything. It’s been very difficult. I haven’t seen him since August 10th,” Firlit told FOX 32 News in an exclusive interview.

Firlit has been divorced for 7 years and she has split custody with her 11-year-old son’s father. The two were in a virtual custody hearing earlier this month when Firlit says Shapiro randomly asked for her vaccination status.

Firlit told Shapiro that she opted out of the vaccine because she is susceptible to complications and adverse side effects due to health issues. After her honest answer, this tyrant judge—who would have fit right in to 1930s Germany—immediately stripped Firlit of all of her parenting time.

If she wants to see her son again, she will have to take the jab, the judge said. Firlit can no longer see her son in person and has been limited solely to phone and video calls.

Firlit correctly stated that the judge has no business taking away her parental rights over her vaccination status. She told FOX 32 that she will be appealing the court order. Hopefully, she gets a different judge who is not as tyrannical as Shapiro.

“It had nothing to do with what we were talking about. He was placing his views on me. And taking my son away from me,” Firlit said.

Firlit has since hired an attorney, Annette Fernholz who says that the judge has no authority to make such decisions.

“In this case you have a judge, without any matter before him regarding the parenting time with the child deciding ‘Oh, you’re not vaccinated. You don’t get to see your child until you are vaccinated.’ That kind of exceeds his jurisdiction,” Fernholz said.

“You have to understand the father did not even bring this issue before the court. So it’s the judge on his own and making this decision that you can’t see your child until you’re vaccinated,” Fernholz added.

Sadly, even though the decision shocked the father, the attorney representing the father, Jeffrey Leving said they support the decision since we are in a pandemic and the child should be protected from his unvaccinated mother.

“There are children who have died because of COVID. I think every child should be safe. And I agree that the mother should be vaccinated,” Leving said.

Given the fact that vaccinated people can both contract and spread coronavirus, this move lacks all logic and reason. What’s more, as TFTP pointed out, the government cannot guarantee your safety. Any government who does promise safety is actually promising tyranny by taking over control of your life for the perception of less risk.

This move in Cook County is dangerous and it needs to be overturned immediately. No government agency has any authority to force people to undergo medical procedures to preserve their parental rights and any government agency who does this is an enemy to a free society.