Vice President Kamala Harris visited the Philippines last week in what can only be described as three days of warmongering, hypocrisy, and another huge provocation against China. Harris spent her time spouting empty platitudes of affirmation regarding U.S. defense commitments to the Philippines and underscoring U.S. commitment to upholding human rights, while simultaneously threatening war with China.

The Vice President’s visit was an attempt to make nice with an old U.S. ally after the tumultuous terms of both former U.S. President Donald Trump and former Philippine President Rodrigo Duterte. U.S.-Philippine relations were strained as Trump questioned the value of U.S. defense commitments to the archipelago and Duterte inched closer to China. The disastrous and deadly war on drugs, which killed thousands of mostly petty suspects, was just one among many human rights abuses by the Duterte regime.

Yet, little has changed since Duterte stepped down this summer. Philippine President Ferdinand Marcos Jr., son of former dictator Ferdinand Marcos Sr., ran a campaign that tried to erase the human rights abuses under his father’s regime. Further, Marcos Jr. has not stopped Duterte’s war on drugs, violence and threats against progressive activists and independent journalists continue, and government propaganda is ubiquitous. The human rights situation in the Philippines remains poor.

But none of that matters to the United States if it means risking its hegemony in the region.

During her trip, Harris told Marcos Jr. that “an armed attack on the Philippines armed forces, public vessels, or aircraft in the South China Sea would invoke U.S. mutual defense commitments.”

Harris made a point to give a special speech to members of the Philippine Coast Guard in Palawan, the province closest to the highly contested Spratly Islands. Palawan is also home to the Antonio Bautista Air Base, the center of Philippine military command responsible for patrolling and defending the Spratly Islands’ waters.

During her speech in Palawan, Harris reaffirmed that the United States “stands with the Philippines in the face of intimidation and coercion in the South China Sea,” all but naming China as the aggressor. In 2016, a tribunal in The Hague ruled in favor of the Philippines, stating China has no legal basis to claim historic rights to most of the South China Sea. The Philippines has complained of Chinese aggression around the Spratly Islands, to include overfishing and even harassment of its fishing and naval vessels. If the United States wanted to heighten tensions with China, choosing Palawan for Harris’ speech was certainly one way to achieve that goal.

Consider the context of Harris’ visit against U.S. provocations toward China in the past few months. In August, then-Speaker of the House Nancy Pelosi visited Taiwan, resulting in the expected: forceful and coercive Chinese military, economic, and diplomatic measures. In other words, Pelosi’s Taipei visit set off a Fourth Taiwan Strait Crisis.

Under the guise of assuring an ally, Kamala Harris went to the Philippines to tout U.S. imperialism and reassert Uncle Sam as the true hegemon of Asia. The United States must stop cozying up to one brutal regime to oppose another, and undergo a serious reexamination of its current security guarantees in Asia. 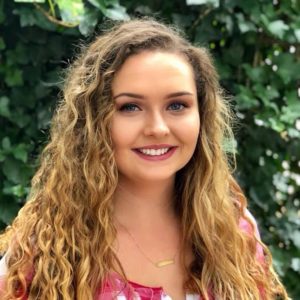 Nickie Deahl is a former intern at the National Security Commission on Artificial Intelligence. She holds a master’s degree in International Security from George Mason University’s Schar School of Policy and Government. You can follow her on Twitter @NickieDeahl.