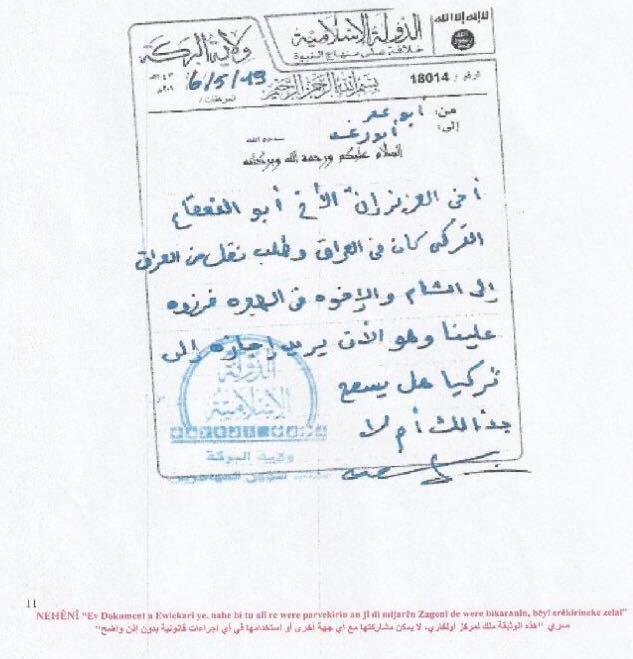 There has long been talk of the role that Turkey had to play in the facilitation and even covert support for elements of Daesh (IS, ISIS, Islamic State). Many state actors have leveled accusations against Turkey, for which no-one seems to have – at least to public knowledge – been pursued by Turkish Authorities.

But how deep does the indirect collaboration between Daesh and the Turkish State go?

A leaked document from the ‘Rojava Center For Strategic Studies’, a Kurdish group based in Syria, who describe themselves as an NGO, alleges to have information strongly linking the Turkish State to Daesh.

The 43 page dossier entitled ‘Links between the Turkish state (AKP) and ISIS’ states that it relies upon the testimonies of a number of IS (Islamic state/ Daesh) elements and their families, interviews with IS prisoners, documents seized by U.S. backed Kurdish militant groups following military defeats of IS, archives of military and news agencies operating in North and East Syria. It also relies on open source information as well as reports issued by the US Department of the Treasury as well as Russian investigations, reports and statements on the issue of IS connections with Turkey.

The dossier concluded about security relations between Turkey and ISIS:

-There was treatment of wounded ISIS members in Turkish hospitals.

-In exchange for agreements with Turkey, ISIS handed over Turkish nationals to Turkish authorities.

-Documents in Kurdish possession contain secret agreements, such as Turkish facilitation of the passage of foreign jihadists and their families into areas controlled by ISIS in Iraq and Syria.

The document concludes that “Turkish authorities allowed foreign fighters and their families to travel back and forth across the border with Syria, and also turned a blind eye to IS activities in Turkey…”. It also claims that Turkey “provided military and security support to IS indirectly, and made security, financial and business agreement with ISIS.”

According to the dossier, almost all of those interviewed – a number of interviewees is not specified, however the document presented 15 – allegedly confirmed that ISIS fighters crossed into Syria with ease from Turkey.

Thomas Barneuin, an ISIS commander known by alias ‘Abu Ahmed al-Fransi’ was arrested by the Kurdish YPG in December of 2017. According to the dossier, he allegedly stated that 90% of foreign fighters entered Syria with support from Turkish authorities. Whilst Elyas Aydin – nicknamed Abu Ubaidah al-Turkey – allegedly confirmed that he met with Turkish intelligence several times, entered Syria uncontested through the Jarabulus border crossing and pointed out that a man named Abu Mansour al-Maghribi had acted as an ISIS ambassador to Turkey.

The dossier sites the Syrian Observatory for Human Rights (SOHR) for its documenting of 421 killings carried out by Turkish border guards since the beginning of the Syrian war. This point is made, in order to demonstrate that the border guards are prepared to use lethal force to prevent breaches in the border, yet so many ISIS militants were able to cross.

As evidence of ISIS travel to Turkey, the following document was presented. 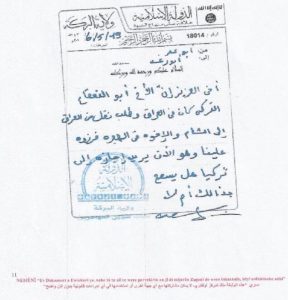 The above document was taken from the YPG archive and is a leave form submitted by ISIS member Abu al-Qaqaa al-Turkey to an immigration officer in the province of Al-Baraka (al-Hasakeh province), asking for travel to Turkey.

The dossier claims that in an interview conducted with Yaseen Akumi – nicknamed Abu al-Battar al-Jabali – the prominent ISIS commander confirmed that ISIS members were being treated in Turkish hospitals and that Turkish authorities knew about it. 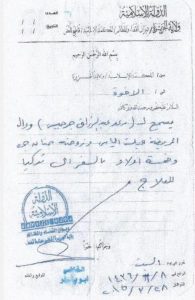 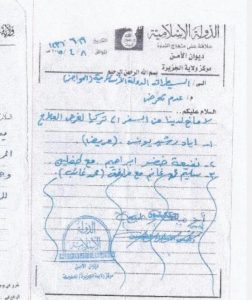 Also sourced from the YPG archived as further evidence of the same point, was a document which claims to be between ISIS members and confirms treatment from by Turkish doctors. 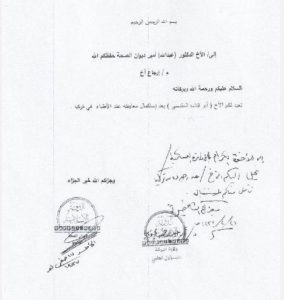 The document above does show confirmation of treatment by Turkish doctors, however there is nothing written about the location, so it still could be argued that the document shows Turkish doctors treated the wounded and it could have been in Syria.

Following this, the dossier sites the U.S. Department of the Treasury, to say that The Office of Foreign Assets Control imposed sanctions upon the Turkish company ‘Profesyoneller Elektronic’ – managed by Yunus Emre Sakarya – after confirming its financial and technical assistance for ISIS.

The document below is also offered, attempting to point out potential further collaboration between ISIS terrorists and Turkey. 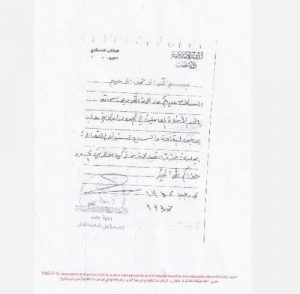 The document shows permission being given for the transfer of devices across the Turkish border, by an ISIS military chief of their, at the time, “Aleppo state”.

The U.S. Department of the Treasury is further referred to on several points. Particularly important was a reference made to the transfer of tactical equipment into Syria by ISIS supporter networks via the Turkish border.

It is also pointed out that, on the 1st of January 2014, Turkish police seized a large quantity of weapons and ammunition on its way to Syria,  hidden inside a truck disguised as humanitarian aid. The story was reported by the Turkish newspaper ‘Cumhuriyet’ and exposed the presence of Turkish intelligence in the truck. Turkish President Recep Tayyip Erdogan, later announced that he would punish the journalist responsible for filming the arrests and exposing what was contained within the truck. Two journalists involved were sentenced to jail. This instance did not prove any collaboration with ISIS, but certainly did expose Turkish involvement in weapons smuggling.

Based primarily upon its interviews with ISIS militants, the dossier claims that multiple members of Daesh admitted to most of the dirty oil was sold in Turkey, being transported there via the Idlib, Jarabulus and Al-Rai regions.

According to the document, on page 38 it is stated that the following ISIS members had confirmed in interviews that there were strong commercial relations with Turkey: Abu Ubaidah al-Turkey, Abu Jihad al-Turkey, Abu Albetar al-Gabali, Abu Omar al-Muhajir, Abu Mohammed al-Tunisi, Abu Sufyan al-Shammari and also Alexanda Kotey. Oil, medicine, food and agricultural products, according to the ISIS members, came directly through Tel Abyad (Gire Spi) and not through agents.

The report again references the U.S. Department of the Treasury, which issued a press release in which they note that Turkey was an important part of ISIS’s financial network.

Director of the National Defense Management Center, General Mikhail Mezentsev, is also quoted by the Kurdish NGO as having confirmed that Turkey is the primary purchaser of stolen oil from ISIS both in Syria and Iraq. This was apparently stated at a press conference held by the Ministry of Defense of the Russian Federation, according to the dossier.

From a proper examination of the document, it is clear that the Kurdish NGO has an agenda at pushing anti-Turkey propaganda and much of the information they present cannot be substantiated as we are presented with no reliable physical evidence of how or where the reported “interviews” with IS captives were conducted. The use of torture, which cannot be ruled out in this scenario, has to be considered, as well as dishonesty on the part of the Kurdish forces occupying Syrian land.

It is my understanding that the dossier was and is intended for the U.S. government, as Kurdish militant groups are currently in the battle to maintain the support of the United States. This is especially the case right now, as Turkey is preparing an advance against Kurdish forces.

Irrespective of the biases of the Kurdish NGO, the information presented in the dossier is of value and worthy of an explanation from Turkish authorities.

Not mentioned in this report was of course the alleged U.S., Saudi and Israeli indirect support for Daesh militants.

Robert Inlakesh is a journalist and political analyst, who has lived in and reported from the occupied Palestinian West Bank. He has written frequently for publications such as Mint Press, Al-Masdar News, Mondoweiss, MEMO and elsewhere. He specializes in analysis of the Middle-East, in particular Palestine-Israel. He is currently working with PressTV. 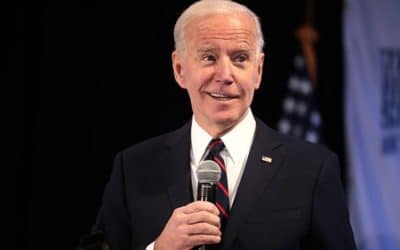