If the Majority Votes to Secede — What About the Minority?

If the Majority Votes to Secede — What About the Minority? 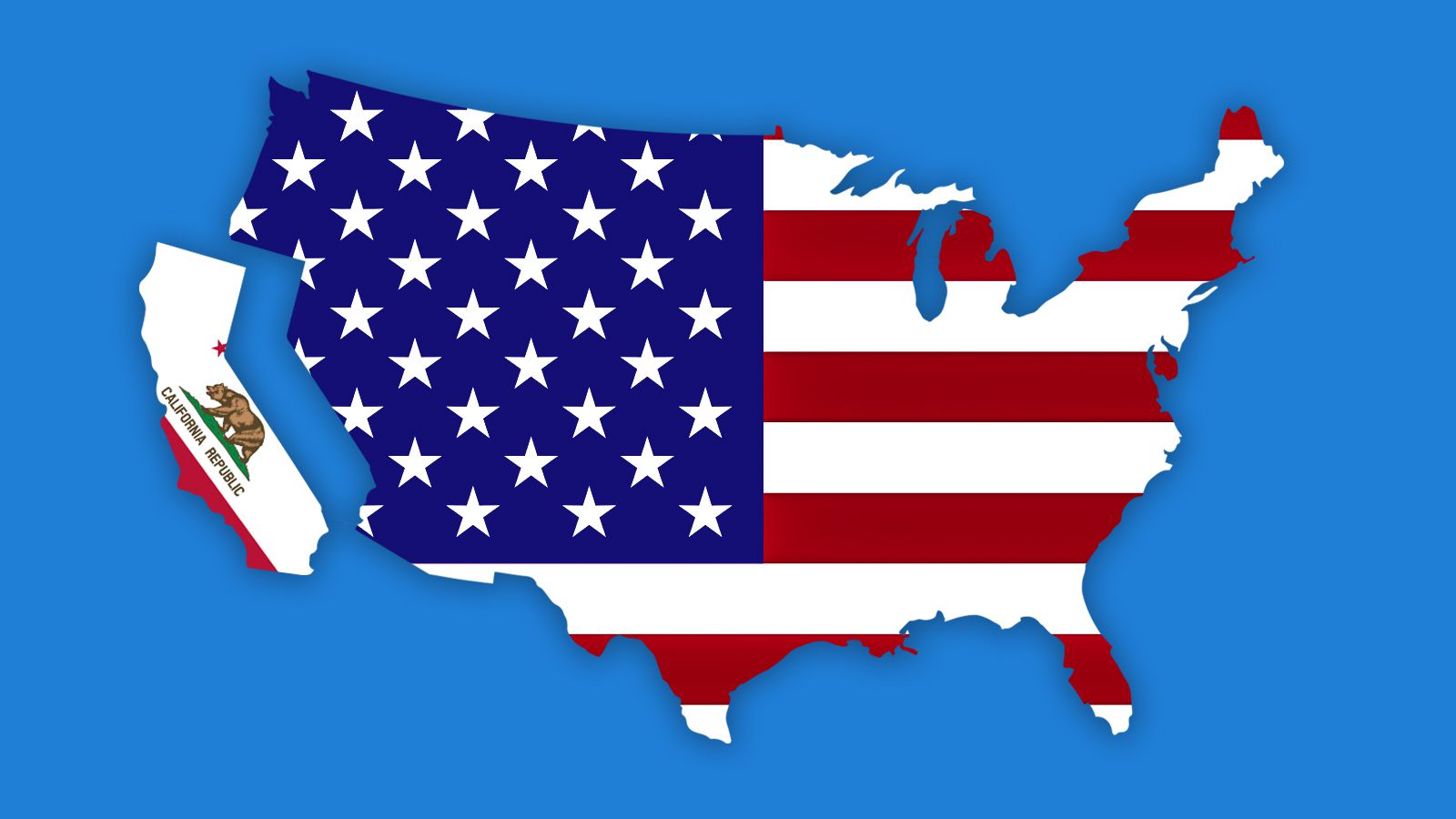 In recent years, left-wing groups have often been the driving force behind secession movements. This has been the case in Scotland, in Catalonia, and in California.

In each case, the secession movements have been initiated in part to forward left-wing goals, such as the creation of a larger welfare state or to escape limitations imposed by political interest groups and institutions deemed to be too right-wing.

Within the American context, the loudest calls for secession right now are coming from California where leftists are eager to assert their independence from the Trump administration in Washington.

Generally speaking, these California secessionists want single-payer health care, an even larger welfare state, confiscation of private firearms, and an ever larger environmental “protection” bureaucracy. That is, they want a European-style welfare state.

This case presents Americans — and especially libertarian-minded Americans — with a question that continues to come up in recent years on secession matters: should they support a left-wing secession movement?

Is it right or moral to support a secession movement that, in the short- and medium- terms is almost guaranteed to adopt policies that are counter to the cause of freedom and free markets?

The answer must first and foremost be compared against the reality of forcing political union on a separatist region. That is, the cost of allowing a region to separate must be compared to the cost of keeping it in — i.e., military invasion, occupation, mass arrests, government surveillance, martial law, and worse.

Not surprisingly, we’re forced to conclude the answer is the same whether we’re talking about secession in Scotland, in California, or in Catalonia: the answer is yes.

What About the Minority Interests?

Often, the immediate retort to this position is to point to those groups in the minority who are left stuck in the seceding territories.

The argument goes something like this: “Now that you’ve cut California loose, what about those poor conservatives, gun owners, and business owners who will now be negatively impacted by a newly empowered California government? Before, California was at least somewhat restrained by its membership in the United States. Now the California government is even more free to inflict misery on the hapless taxpayers and productive people who are stuck there.”

To this criticism, there are at least two responses.

One: California Independence Means More Freedom for the Rest of the Country

Those who wish to focus on merely what happens to those who are in California take a parochial and far-too-limited view. Yes, it’s true that business owners, religious Christians, and gun owners in California (to name just three groups) would likely be negatively impacted by California independence. The California government has long illustrated an open hostility to these minority groups.

The other side of the coin, however, is that California secession would lead to a significant expansion of freedom for the “rump” United States left behind. Freed of the influence of California on American politics, the remainder of the United States would likely move significantly in the direction of morefreedom in markets. Federal regulations would likely be scaled back, and presidential candidates would no longer need to cater to interest groups with sizable memberships in California.

California’s 53-member delegation in Congress (39 of them Democrats) would be gone, and voting patterns in Congress would likely shift in a direction more hospitable to freedom and free markets.

In other words, the nation would be freed from a great weight tied around its neck. One might even say the situation is analagous to the removal of an infected appendage. It wouldn’t be the first time such a thing had happened. In 1861, when Southern States began seceding from the Union, New Yorker George Templeton Strong welcomed the prospect of being freed from the political influence of the slave drivers down south. He concluded “the self-amputated members were diseased beyond immediate cure, and their virus will infect our system no longer.”

But, unlike Strong who might have been induced by conscience to think of the slaves left behind in the seceding territories, we face no similar scruples. Obviously, comparing modern California to a slave state of old is laughably inappropriate, and unlike the slaves, Californians are free to move away. Nor is it the moral obligation of Texans, or Floridians, or Coloradans to protect the Californians from the excesses of their own government.

Thus, when we think of post-secession California subject to the whims of a hard-left government there, we must also think of the 285 million remaining Americans who would benefit from the separation.

Note also that this situation even has advantages for the taxpayers and business owners in California who wish to escape the California regime.

Now that the rump United States has been improved by California’s absence, those in California who seek a more business-friendly legal environment can dramatically change their fortunes for the better by moving across the new national boundary to Arizona or Nevada. For these migrants, the net gain achieved by leaving California has grown larger thanks to California’s departure.

The second response to the objection lies in the fact that secession already brings with it a solution to the problem. That is, the problems caused by one secession are solved by more secession.

As I’ve explained here, here, and here, a larger number of states is preferable to a smaller number. A larger number of small states provides more practical choices to taxpayers and citizens in choosing a place to live under a governments that more closely match their personal values.

Thus, in considering the problems of an independent California, we find that the primary problem faced by taxpayers and productive residents in California is that the state is simply too large and contains too diverse a population within its boundaries.

As noted by numerous commentators over the years — including supporters of the Six Californias initiative — California’s population is quite politically and culturally diverse, although it has been dominated for decades by a hard-left coalition of voters based around the Bay Area. Compared to these voters, Southern California residents appear downright centrist, but one would not know this by looking at statewide politics because Northern California is so adept at throwing its weight around.

The solution to this, problem lies in breaking up California into still smaller pieces. We can see many of these political lines ripe for decentralization in the voting patterns revealed by statewide votes such as those for Propsition 187 and Proposition 8. We can see it in the map of legislative districts. Nor is this just a matter of metropolitan areas versus rural areas. Many suburban areas within the metroplexes of California are quite right-of-center in their own rights, and would surely benefit from further political decentralization.

The net result of all of this would be to offer a multitude of choices among taxpayers, entrepreneurs, gun owners, and moral traditionalists as to where they might live and enjoy the benefits of self-determination within their own communities.

But before any of this can happen, we must first establish and extend the moral and legal legitimacy of self-determination through secession and decentralization. Clinging to the status quo of existing regional and national boundaries is reactionary in the extreme. Insisting that no community ought to be allowed self government unless its leaders are hard-core libertarians is impractical, irresponsible, and doomed to failure.

Nevertheless, when confronted with new attempts at decentralization and secession, even some of those who claim to be for freedom and self-determination cling to ideas of imposing nationalistic control over others. They invent emotion-laden fictional slogans claiming “we are one nation” or “secession is treason” or other sayings designed to justify using the power of the state to impose political unity.  Ultimately, this is an ideology of monopoly and coercion, and tramples the very ideals of freedom that the nationalists claim they hold dear.