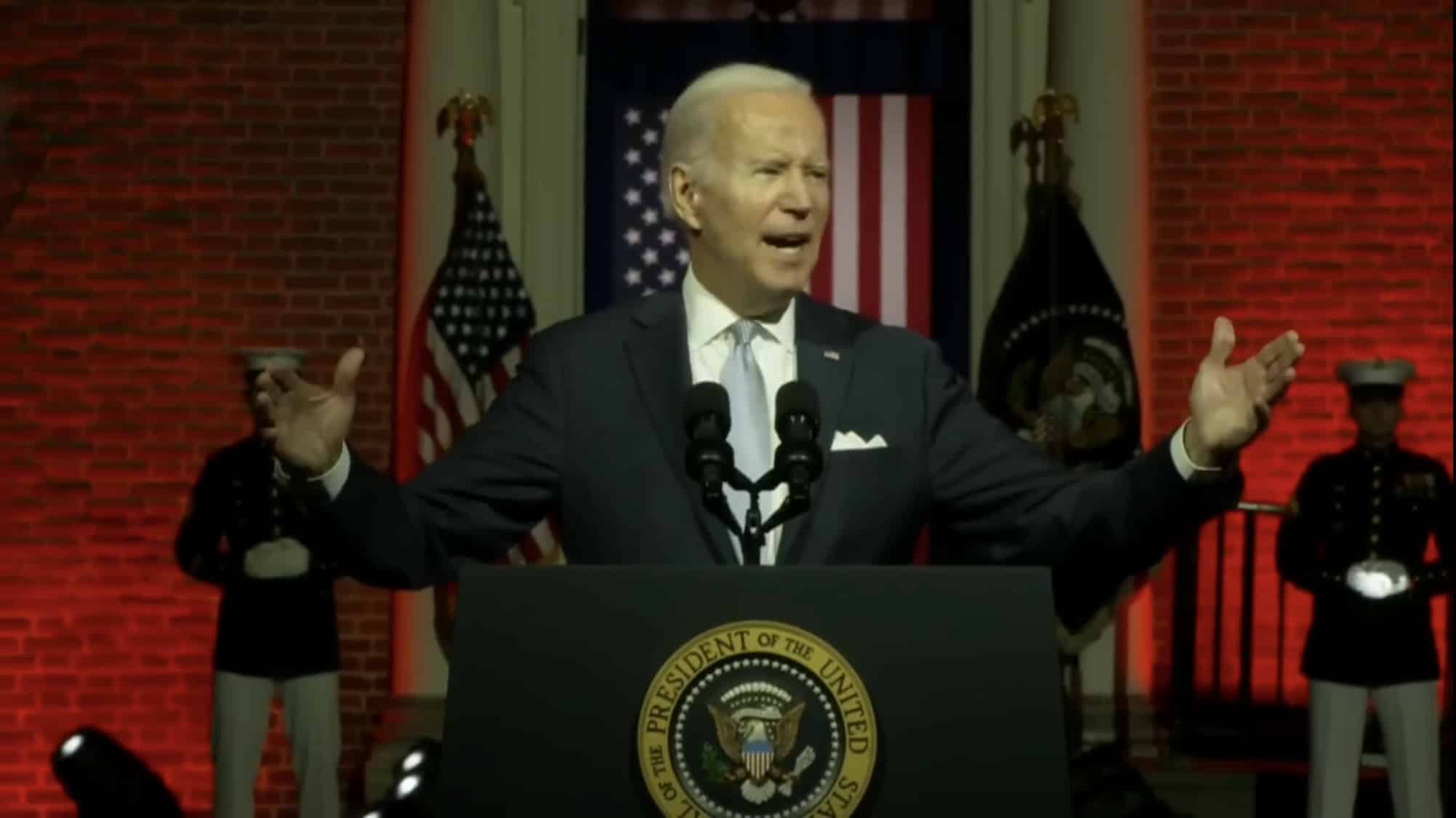 Last week, an open letter from every living former secretary of Defense (with the notable exception of Dick Cheney) and every living chairman of the Joint Chiefs of Staff (with the less notable exception of H. Hugh Shelton) was published on the popular military website War on the Rocks, outlining what they perceive to be the foundational tenets of civil-military relations. While attempting to remain largely above the fray, the former leaders cannot help but to place the blame for the dramatic, recent decline in civil-military relations on anyone but themselves and their own failures in the Global War on Terror and their overt ideological shift to the left.

This esteemed and bipartisan group of leaders believes that this nation is undergoing a crisis in civil-military relations and very clearly points the finger at former President Donald Trump for this:

Many of the factors that shape civil-military relations have undergone extreme strain in recent years. Geopolitically, the winding down of the wars in Iraq and Afghanistan and the ramping up of great power conflict mean the U.S. military must simultaneously come to terms with wars that ended without all the goals satisfactorily accomplished while preparing for more daunting competition with near-peer rivals. Socially, the pandemic and the economic dislocations have disrupted societal patterns and put enormous strain on individuals and families. Politically, military professionals confront an extremely adverse environment characterized by the divisiveness of affective polarization that culminated in the first election in over a century when the peaceful transfer of political power was disrupted and in doubt. Looking ahead, all of these factors could well get worse before they get better…[Emphasis added]

Data seems to support their conclusion that the military is indeed facing a crisis of confidence. In a fascinating November 2021 poll, the Ronald Reagan Foundation found that trust in the military has “precipitously” dropped across practically the entire American populace between 2018 and November 2021:

One of the leading consequences of this trend has been that the military, and especially the Army, is facing a historic shortfall in its recruiting for the year despite the economy performing poorly. Normally, military recruitment fares well during economic downturns, when desperate people are more easily convinced to place themselves into indentured servitude in order to provide for their families.

Surely, this rapid decline in confidence among Republicans poses a dramatic threat to the health of the U.S. Armed Forces. Was that what prompted this letter? That the eroding confidence of the nation was concretely impacting the ability of the military to deter and if necessary defeat an enemy at war? No doubt, the military leaders must have concluded that they are at least partially to blame for this outcome?

A term of art in the military’s academic and political wings, “civil-military relations” refers to the relationship between the military and the various other institutions in society, most importantly with the branches of the federal government, but also more broadly with segments of or the body politic of a nation. In general, the analysis of civil-military relations is largely a navel-gazing exercise by senior officers and academics in measuring and seeking ways to improve these relations, however defined (in the military, we use a different, more explicit, term of art for this sort of inward-facing and self-affirming group activity).

The goal of this highly smug and pompous sub-discipline of the military sciences is the maintenance of a high degree of trust (and consequently deference) between the military and the other institutions in society. Taken at face value, this is to preserve and protect the democratic institutions of society from the military; it is certainly only a coincidence that a society skeptical of its military is reluctant to fund it or give it power. As such, it should be no surprise that the fault nearly always lies elsewhere when a decline in civil-military relations is observed.

According to MSN, the letter originated in early 2022 when retired General Martin Dempsey approached a fellow faculty member and scholar of civil-military relations at Duke University after “Trump and some of his advisers alarmed Pentagon leaders with their rhetoric and ideas.”

We will set aside for the moment the claim that Mr. Dempsey became suddenly concerned with the decline in civil-military relations well over a year after Mr. Trump left office and at the same time that the United States was escalating its military involvement in the conflict in Ukraine. More importantly, the separation of the “geopolitical” and “political” causes seem artificial, perhaps even odd, and in my mind obscure the true causes for the precipitous decline in the confidence of the American people in the military: the disastrous conclusion of the war in Afghanistan and the long, leftward ideological march of military leadership since the Obama administration. After all, in the famous words of Clausewitz, “war is a mere continuation of politics by other means,” and what could be worse for a politician than a war that went terribly?

Indeed, I was officially reprimanded for publishing an article for the Libertarian Institute about my experience in Kabul shortly after returning home. To be fair, I deserved it and accepted the punishment because I deliberately disregarded the proper procedures for publishing an article while still on active duty. At the time, however, I did not know that there was an actual order prohibiting the publishing of any type of eyewitness accounts about our experience.

In fact, the political pressure to prevent any discussion of Afghanistan from re-entering the public consciousness remains so great that at recent events held by soldiers to memorialize the one-year anniversary of the suicide attack in Kabul, Army leaders ordered soldiers to not post anything on social media about the event under pain of punishment. Laughably, they were told this was to preserve operational security. In reality it has everything to do with the dismal political situation the current administration finds itself in ahead of the midterm elections. Any re-emergence of this extraordinarily embarrassing event would no doubt further degrade the public’s confidence in the White House and by extension the members of its political party. For the military’s leadership that cannot be risked, truth be damned, so soldiers are silenced and forced to internalize their grief.

For the most part, Democrats have historically had a lower opinion of the military that got only lower after the disastrous withdrawal. For Republicans, however, the conclusion of the war in Afghanistan was the wake-up call that something was wrong with the military. I expect this trend to continue to worsen on the American Right.

Critiques that the military leadership has been captured by cultural left-wingers is rampant among right-wing media outlets, and not without good reason. President Joe Biden’s recent prime-time speech is an excellent example of the acceleration of this phenomenon. In the wake of a raid specifically directed by President Biden on his principal political rival’s home based around technicalities, and against a backdrop of blood red floodlights illuminating Independence Hall, the president delivered the most deeply divisive and partisan speech in recent memory flanked by two faceless United States Marines.

In the first few minutes of the speech, President Biden clearly laid out “his” argument that Donald Trump’s base, which at a minimum includes tens of millions of people, literally “threaten the very foundation of our republic.” The implication is clear. Military force is behind him, and what is the military for except to defend the foundations of our republic? Even mainstream media outlets dismissed the ridiculous excuse given by the administration for the presence of the Marines and were forced to contend with the obvious implications of this imagery, even if in their own ham-handed way.

Whatever they are, senior military leaders are not stupid people. I do not believe that they are unaware of the consequences of their collective actions, nor do I think that they have no overarching strategy. Its not like them to haphazardly grasp in the dark for the next course of action, or to be at a loss for what to do.

From absurdly participating in transgender politics, to mandatory COVID vaccines, to participating in the ridiculous impeachment debacle, the military is prioritizing the extension of its own influence, money, and power rather than defense of the nation. At worst, to right wing Americans the military leadership is actively participating in the culture war on the side of the Left. In my mind, senior military leaders are making a calculated decision to alienate themselves from their most important demographic, the ones who compromise the vast majority of their recruits (conservatives). The consequences of this shift in the institution of the military will be profound, and likely disastrous, regardless of the specific outcome. I wonder who they will blame for the next decade of failures?